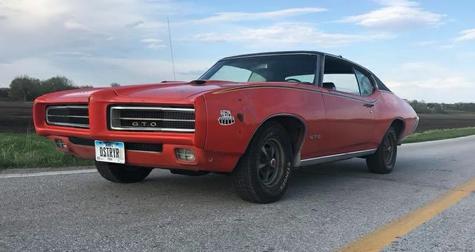 This old wreck has been pretty much in storage since August 2006. My daughter and I had it out for a short drive in the spring of '17 and a trailer ride this past May brought it home. 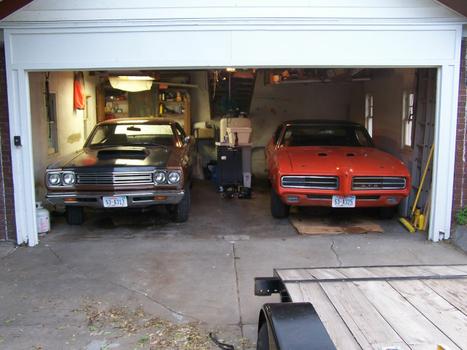 My 1969 GTO Judge. I bid on this when it was on ebay in about March 2002. A year or so later I was surprised to see it back up for sale. The seller had out bid me at the last minute the previous year and when I contacted him we struck a deal for me to buy it this time around. It has its original motor and automatic transmission and is a power steering car. I bought it because the black top is somewhat unusual on a GTO or Judge. Enjoy! 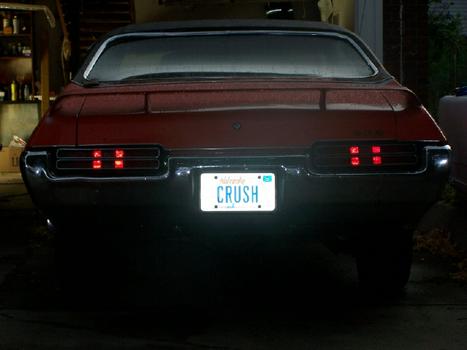 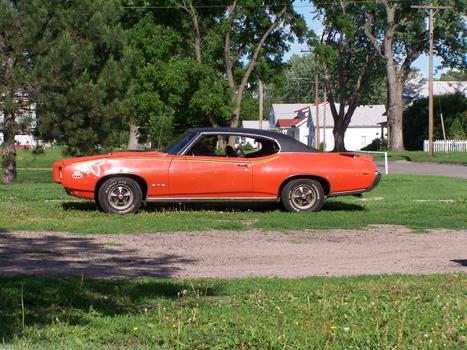 Mileage is over 100,000 without an overhaul to the engine or trans. The trans leaks but will hammer a solid shift when it is full of fluid. I rebuilt the Rochester Quadrajet and it runs like top. 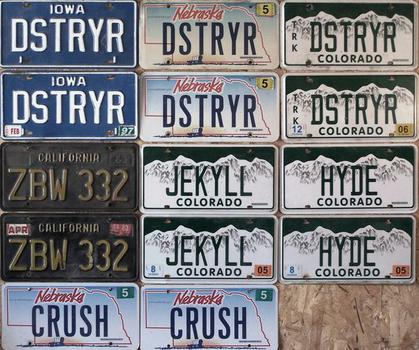 DSTRYR, since 1986. My first '69 4speed GTO was the first car on the Planet to wear the DSTRYR license plate. JEKYLL was on the GTO in Colorado, HYDE on the Road Runner. Awesome to see them side by side by side at a car show with my brother's 67 Firebird 400 wearing SITNSPN:) www.dstryr.com

The only other CR/Blk top Judge that I know of is in Wisconsin. The owner posts on the Performance Years forum. IIRC, approx 17% of GTOs had vinyl tops. I don't know how that number applies to std v. Judge VINs. I bought this car because of the top, different than most of the GTOs you will see on the street.

I've been wondering the same as well. I have a judge with black vinyl top with under 100k miles. Anyone find the answer to how rare this is or the worth?

I too have a numbers matching judge with black Cordova top. I've been told they made anywhere from,50 -200. I'm not sure if anyone knows

Wow, I don't come back to this page often so just saw the newest 2 comments.. First, lots of guys aren't fan of vinyl tops because of potential rust issues so generally having one doesn't seem to increase the value of the car. RAIV and low options are the biggest factors. Second, AFAIK, the first 2000 judges were not optioned with vinyl tops. I may be wrong on that and a question on maxperformance pontiac forum would clear it up in a heartbeat. For argument's sake, if the first 2000 were painted roof cars, then approx 17% of the remaining 4725 cars could be reasonably expected to have a vinyl top, which is the approximate ratio for all GTO production. That would translate to approx 803 vinyl top 69 Judges.

Like I said before, I bought it because it was different. Hope to start a restoration in Spring 2017.

I too have a numbers matching 69 judge with black Cordova top. Funny the things people think they know. I’ve been told anywhere from 50-200. Phs told me they didn’t keep track of how many

I have a 69 Judge carousel red with a white vinyl top and interior. Owned since 1982 and finally getting to restoring it. Have not seen many with white vinyl tops.

How has your restoration gone since your last post? I also Own the same color Judge with a white vinyl top. I’ve never seen one in person with that. Mine is undergoing a full frame off restoration. Is the front grill on your silver or black. My Judge has black grill but silver hide-away headlight grills. I am trying to see if that is correct. Part #’s on back specify it all should be silver grills. Your input would be greatly appreciated. Also, any idea how many 69’ Judges came ordered with white vinyl tops?

Well I for one can't recall ever seeing a Judge with the black vinyl top.......so it's news to me. I always wanted a Judge in my stable of cars but I ran out of money to even build the stable....let alone buy the cars. Nice to see something different. Thumbs UP

I owned a green 1970 GTO with a black vinyl top...bought it used with 3k miles in 1971. Unfortunately, my girlfriend wrapped it around a tree about 6 months later. Fortunately, she was unhurt. We broke up immediately thereafter.