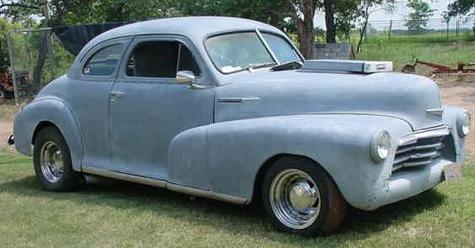 '47 Chev Coupe
This is an 8 sec car at the local 1/8 mile track and has been in the family since it was new. 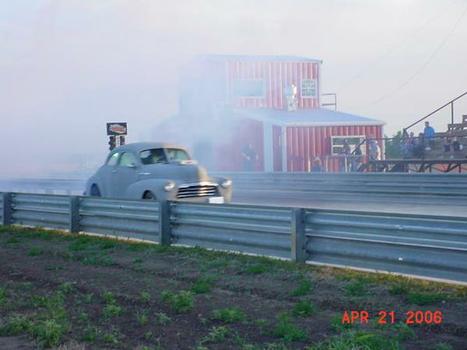 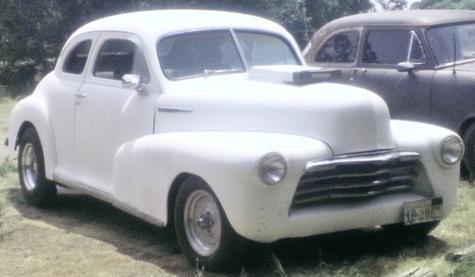 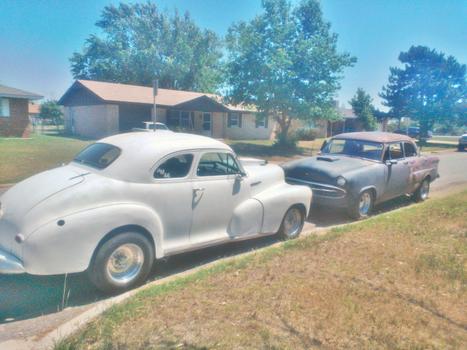 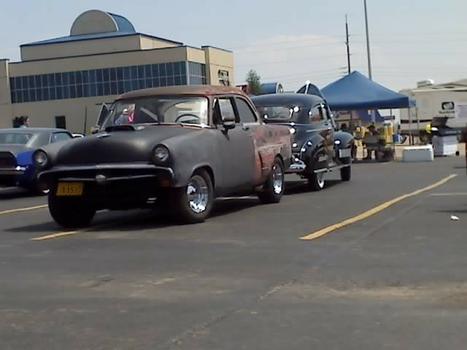 '53 Ford Daily Driver
Big block chevy offers more than the flathead did that was in it and so does the 272 gears! WHAT A RIDE!! It's cool watching the Mercedes driver's face when I pass. 9.3 at the track. 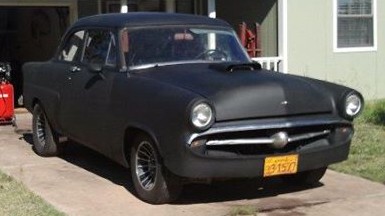 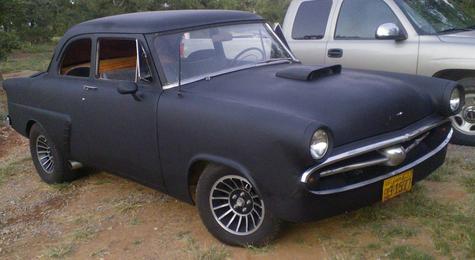 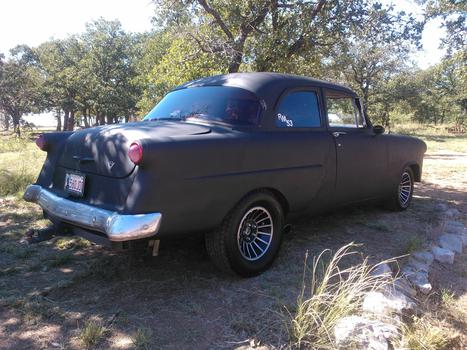 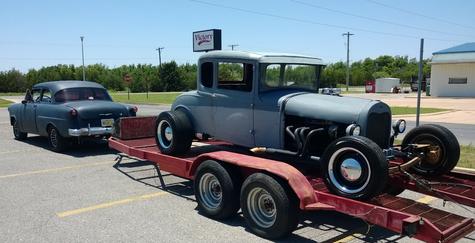 Dug out of the ground, pulled out of the weeds,
rising from the dirt like a phoenix it seems.

When she was new she turned all their heads,
“She sure is pretty” that’s what they all said.

A wash and a wax and she’s ready to go,
fill her up with Ethel, kick the tires and check the oil.

Trips to church, school and the store,
down to the Piggly Wiggly, drive in movies and more.

The 50s are gone, 60s and 70s leave,
too bad she spent those years in a deep rustic sleep.

The years passed, her tires were dust,
she dreamt of family picnics while her fenders turned to rust.

The only family’s that wanted her now
were some mice, cats and the occasional skunk.

When people saw her rotting there,
all they saw was a rusty piece of old junk.

Almost 60 years have passed since her heyday on the road.
Now she’s looks a lot different than when the day she was first sold.

When you look to your mirror, when she rolls up,
a muscle bound thumping ”Rump Rump Rump”

She shaking and rocking and ready to roar,
keeping time with the thump you feel in your floor.

She blew right past you when the light changed to green.
Making you wonder what it was, that you’ve just seen.

Son, what you’ve just experienced, sitting there in your new Vette
Was an “early iron Ass Whoopin” and just for you, it was meant.

Don’t try to catch her, it won’t be good,
now she has 400 horses screaming under the hood.

She has tall gears, right where they need to be,
yes, son she can pass you at a hundred and three.

Rust is still her favorite color but someday she’ll look like new.
She’s in no hurry for paint, cause she’s having too much fun, whoopin up on you.

So consider all this when you see her rocking at a light,
That’s not an old rusty car, that’s “RELIC” lovin her second life.

Reminds me of my first car. A 1952 Ford 2 dr sedan with V8 flat head and 3 on the tree. It had rust in the fenders, rocker panels and floor boards (girlfriend ruined a dress when it rained while out for a drive one day). Body was nosed & decked with frenched headlights. Bondo and new paint and sheetmetal fixed the body. The engine burned oil and had almost no power so rebuilt it. Bored it oversized .060", replaced the crank & rods with Merc parts, new Johns forged alum pistons w/ Grant chrome rings, a new 3/4 race Clay Smith cam and adjustable lifters, a pair of Offenhouser finned alum high compression heads and a Offenhouser 3 - duce manifold with three Stromberg 97 modified carbs w/ progressive ball bearing linkage, a Mallory Mini Mag ignition, dual exhausts with glasspacks, and a Hurst floor shifter eliminated it buring oil and gave it lots of power. Had to install a radiator from a Merc to keep it the motor cool in the summer. And then my MOTHER borrowed my car one evening to visit a neighbor and it was wrecked by a drunk driver while parked on the street!

like your 47 coupe, a family member since new, I wish that I had kept some of my first rides! love that it stays heathy at the track!