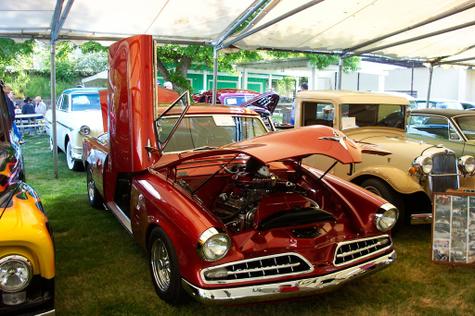 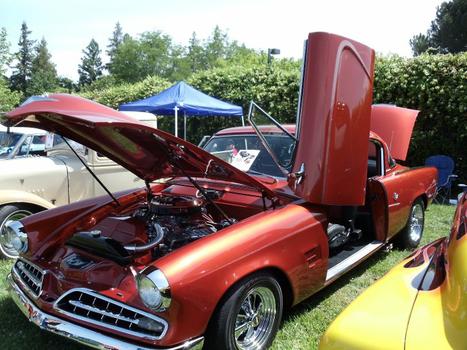 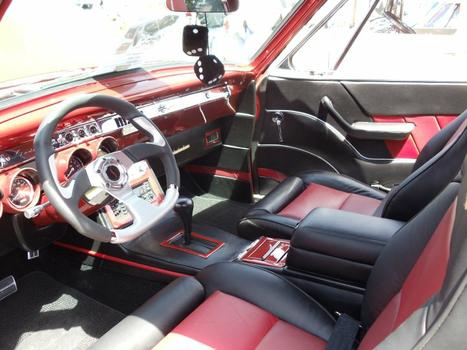 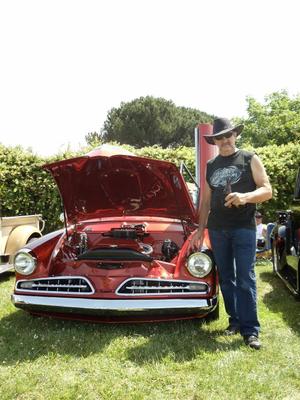 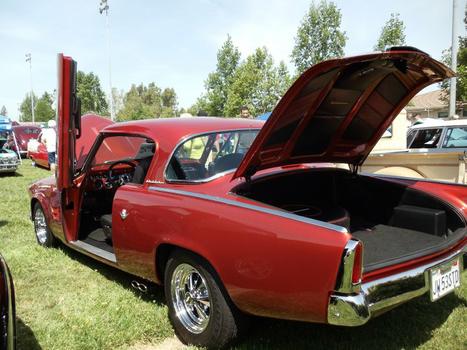 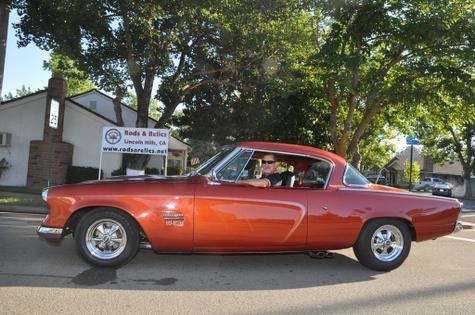 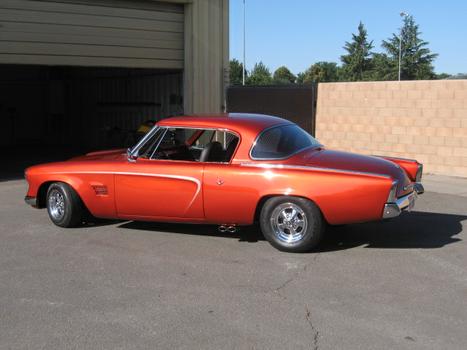 This ’53 Studebaker project was started in March of 2006. I decided I wanted to build another ’50s street rod so the search began in late 2005 for a car. I had always been partial to the early Studebakers growing up in Montana but none were more appealing to me that the ’53 -’54 Commander Hardtops. I did a lot of research on Studebaker’s history as well as researched parts availability which didn’t look to good at the time. I decided to try it anyway, so I put the word out through my many automotive connections and a friend of mine told me about one that had been sitting in someone’s back yard since 1977. On the initial inspection and after clearing the brush and removing the critters, I figured this was a going to be a long term project car and would need to be disassembled completely to do the restoration. Still hooked and after the second inspection I was told, “One had to have a lot of vision” to believe that this old rust bucket would ever be drivable or even street legal again. I’m always up for a challenge so I decided to tow it home. Thus my new ‘Studebaker Street Rod’ project began. I disassembled the body and frame and sand blasted all the parts and pieces to determine just what I had gotten myself into. This was the second street rod project of this magnitude I had ever done and I then realized that I had another real challenge ahead of me. One thing led to another and now after 4 years to the month I have completed my ’53 Stud Street Rod’ with my own personal touches and detail craftsmanship. Many, many hours of trial and error, scouring junkyards, and trying many different design configurations went into this ‘Street Rod’ project but reflecting back now, it was worth it to me.

SUSPENSION: I used a 1969 Chevelle front-end frame clip that was grafted to the original 1953 Studebaker frame assembly thus allowing the use of the existing Chevy steering, engine mounts and disc brake systems. The independent suspension, springs, sway bar and mounts were modified to lower the front end to 6". KYB Gas-O-¬Matic shocks and a Saginaw power steering gearbox was modified and added.

FRAME/REAR END: The frame was boxed and reinforced in all key areas to support the power train and transmission. A fuel cell cage was boxed in and cell added. Rear leaf springs and KYB Gas-O-Matic shocks were modified and molded into the original rear frame. I modified and added a ’64 Nova differential (removable carrier), 355 ratio, limited slip with 15” Crager chrome wheels to power the drive train.

POWER TRAIN: The under hood area is hardly stock, as the engine began its life as a 1976 Nova 350 four bolt main. I wanted a little more torque for this project so the engine was custom built 383 stroked @ 375 hp. The block was blue printed, decked and aligned, and the engine was balanced. Special pro pistons, a scat crank, Edelbrock 2.02 Performance aluminum heads, an Elgin pro stock cam, 1.6 ratio roller rockers with an air-gape chrome intake manifold and an Edelbrock 650 thunder carburetor. Lubrication was accomplished with a high volume oil pump and a deep capacity chrome oil pan. The All Muffler exhaust system consists of hooker block hugger headers with a custom duel muffler system, thus retaining the memory of the ‘60s muscle cars and the sounds of days-gone-by. The water pump, air condition, alternator, power steering pump is driven by a V-TRAC drive system. The air cleaner was custom built to clear the hood scope and of course the engine was dressed up with a few chrome items and billet components for that street rod effect.

TRANSMISSION: A 700R 4 speed automatic with overdrive, along with a shift kit and transmission coolers, fitted to the existing frame and Mark VI shift linkage located in the custom center counsel.

BODY: The 1953 Studebaker commander body is original and, yes, all metal. Although the elements of years gone past had taken its toll as for rust, rips, dents, bullet holes, and yes even a home for animal critters. Like I said it had been sitting in a back yard under some trees for the past 29 years. New floor panels and inner fenders were straightened, fabricated and fitted, as required. The front floor pans and trunk area panels where replaced and modified to fit the power train modifications needed. While still searching for something different to set my ’53 Stud Street Rod’ apart from others, I re-designed/modified the doors and door openings to accept Lambo door mechanism with two gas struts for support, NOT a design that was easy. A hard top door has to open out before it can roll up into the Lambo position. I also shaved off all the door handles and installed a remote keyless entry alarm system for access and power windows were a must. The fender side vents were modified as well as grafting on a hood scope off of a ’66 GTO to complete the body lines. A 3rd brake light was frenched into the lower rear window deck cowl alone with two power antennas. The basic body features were left alone. All exterior features - handles, moldings, fenders, grill, as well as the drip rails and seams ¬were modified, filled or removed to smooth out the original body lines. Wheel openings were neatly radiused to aid in lowering the ride height without changing the original appearance. Gas pistons assisted opening and providing a smooth operation for the doors and hood. A new electrical harness was provided by E-Z wiring and the battery and the gas tank were relocated into the trunk area hidden behind easily accessible upholstery panels.

INTERIOR: The dash was modified to accept a state-of-the-art Haneline gauges. The original accessory toggle switches bezel was used with some modification to the cluster assembly to obtain the original dash look. The air conditioning vent was molded into the dash radio bezel/housing and the controls were located in the custom built center counsel. Panels were made to hide the air condition unit and attached to the lower dash to manage the vents. An overhead counsel was installed and also sun visors with lighted vanity mirrors. Cadillac interior lights were also installed in the rear with the stereo speakers hidden in the doors and back deck. Ten way power bucket seats were modified and installed. The rear seat was modified to have a “bucket seat look” along with a fold away center armrest. Great detail was given to the upholstery work done by Award Interiors, using various colors and shades of reds, orange and black leather with carpet throughout, including the trunk area. ’53 Studebaker was embroidered into the seat backs, dash and truck area. A G. M. tilt column was modified and added with a Flaming River custom steering wheel.

PAINT: Still wanting something different yet subtle, I went with PPG Deltron Sun Burst Orange metallic with a clear- coat finish. Sliver stripe modeled was done on to the hood scope sides as well as the fenders and doors to highlight the unique Studebaker body lines of the era.

The challenge was met! Yes, the hours were unbelievable and the visions that I had when I first started this project were far exceeded. Now is the time to enjoy my project and on my first outing at a local Show & Shine in May this year brought me a “Best of show”. Not bad for my Stud project that I did myself. I now can enjoy the fruits of my labor and receiving all the "high signs" from passerby’s, I finally can reflect back and enjoy what I have accomplished. This ’53 Stud Street Rod’ has become the envy of many spectators and friends alike. I still continue to improve and make subtle changes when a new idea surfaces, and they always do. I also still find myself taking old back roads, scouring the fields and looking behind those old barns. Another old relic or street rod in my future? One just never knows.

Your Vision turned into one super nice ride! My Studebaker truck followed your style ,but took me 7 years off and on. Thanks for sharing your ride!