Can someone identify the Year 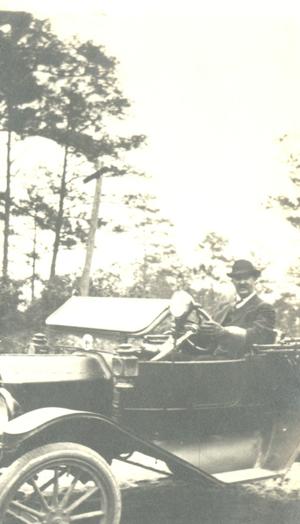 This is a picture of my Grandfather Dr.Homer H Burroughs, the back of the photo is inscribed #4 Ford sold in Horry County, Conway, South Carolina. Several accounts appear in the historial magazine of Horry County of how whe would jump ditches with the car on his way to make a house call to patients when he was in a hurry. My Father told me that a favorite trick of his was to simply remove the steering wheel and hand it to a passenger who might the offering him advice on drivig the car. I need help identifying the year. Thanks, 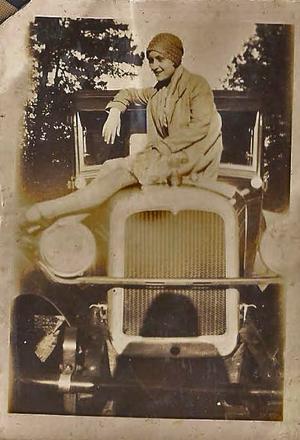 This is a picture of my Mother, Can any help me identify the make and model of the car? 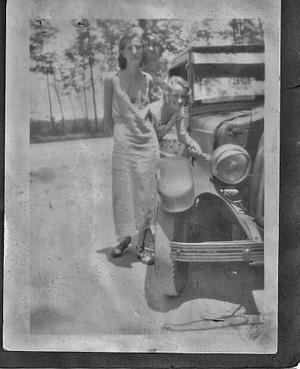 Can you help me identify the car in this photo? 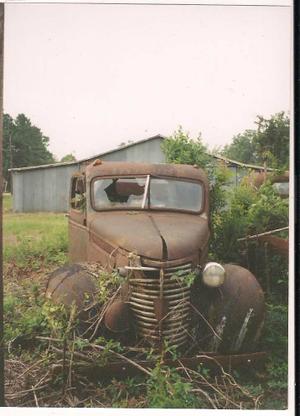 They were clearing a lot in Williamsburg County, South Carolina and covered under the Kudzu vines were several old trucks that had been parked and left when the business had closed 20 or 30 years ago. Can you identify this truck? 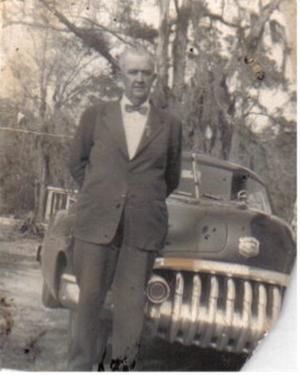 This is my father standing in front of our 1950 Buick Straight 8 Buick. It was a fastback, four doors, and straight drive. It had a heater but no radio. Does anyone know where the heater vents were locater? Where was the radio antenna ? 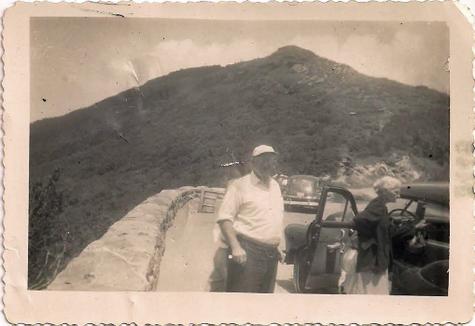 This picture was made on Mt. Mitchel,North Carolina about 1950, the car with the door open is a 1950 Buick Special, straight drive,straight eight.The rear of a Mercury is in the picture too. Does anyone know the year of the Mercury?

My Uncle is pictured who was a resident of Asheville, North Carolina and very used to driving the mountains in his 1937 Ford V-8 and was driving us that day. The Norh Carolina Highway Patrol stopped us when we were coming down the mountain, he did not give my Uncle a ticket but told him to slow down. My Uncle said he told the Office that Buick could stop easily as well as had plenty of power. 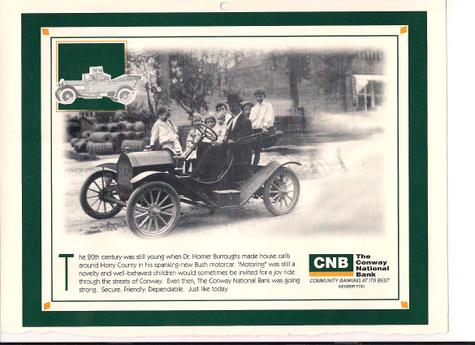 This is a picture of my Grandfather, Dr. H. H. Burroughs in Conway, South Carolina in his Brush automobile. Can anyone identify the year and model of the Brush? My Father described the Brush as a reliable car but lacking in power . My Father said the Model T Ford was a big improvement with much more power. 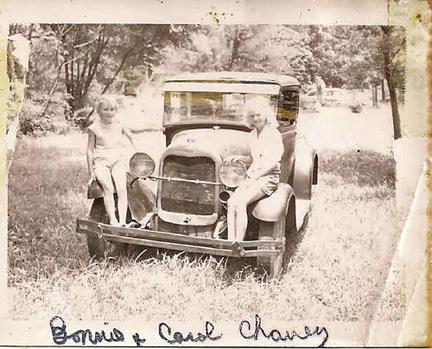 This is the firt car I ever purchased. A 1929 Ford Model A coupe. Sitting on the car are my cousins Bonnie and Carol Chainey, circa 1960. I paid $35.00 for the car and had to buy it on the installment plan. 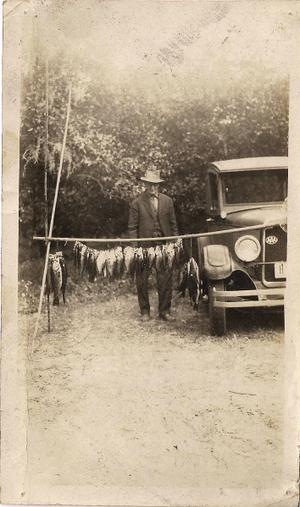 My Uncle William C Heise made regular trips (1920-1940) to Florida to fish and hunt. Can anyone identify the year of this truck. Thanks 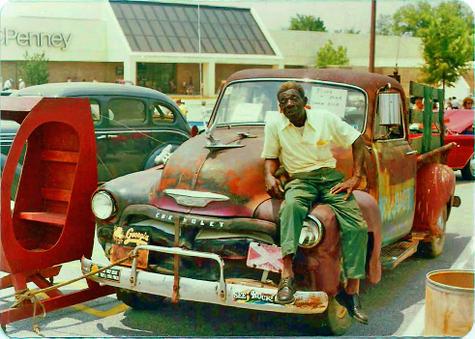 This gentleman drove this truck many years arouond Greenwood, South Carolina and he was very proud of it. He was give a spot to show his truck at a local car show that was held in the parking lot of a mall one year and he posed for this picture.Dose anyone know this man's name? 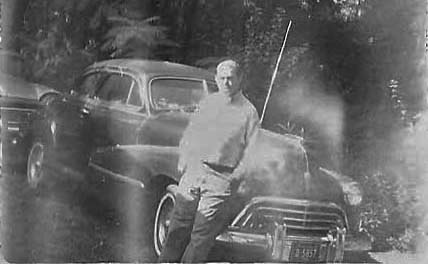 This is a 1947 Oldsmobile, 6 cyclinder, automatic transmission. I purchased the car for $150.00 and drove it for several years only adding oil , transmission fluid, and water as well as gas. I was big inside and out, it had nice horsehair upholstery and slow as a snail.

Lady is on early Chrysler '28 or '29. The hood lock-down and bumper is similar to my 31 Chrysler conv cpe.

Thanks, The Lady is my Mother,she was born in 1910. Charles

if you never find the answers to your questions, i must say, you at least have a wonderful and memorable collection of wonderful and beautiful pictures......take good care of them for future generations....nick's '49 chevy.....

your mother looks like she is sitting on 1928 chevy.

Pretty girl is not sitting on a Buick. Too bad my dad born 1918, mechanic, is gone now. He use to be able to identify all the cars from way back.

Thanks, My Mother passed away a few months short of her 94 birthday in 2004. She had never really let me look at her scrapbook from her college days. There were lots of photos made with cars, many I never have id.

The antenna on the '50 Buick is top center on the windshield divider post.It was rotated by hand from inside,could be turned up or down,rested in a rubber pad on divider post when down. Look close you can see it. I think the heater was just sort of a box hanging under dash with doors you opened and directed the air flow where you wanted it to go. With no radio don't know why it would have had an antenna?

My Father purchased the Buick after an eldery man had owned it a few months, the elderly man evidenlty did not want a radio and when we got the car it did not have a radio. The previous owner brought another new Buick but it was a sedan and not the slant back or torpedo style.

The heater was actually located underneath the front seat with the fan part right under where the passenger sat. Temperature was controlled by a small knob on the underside of the dash on passenger's side.

Thank you. I really don't have any idea of the year. I know it was his second car, the first was a Brush.