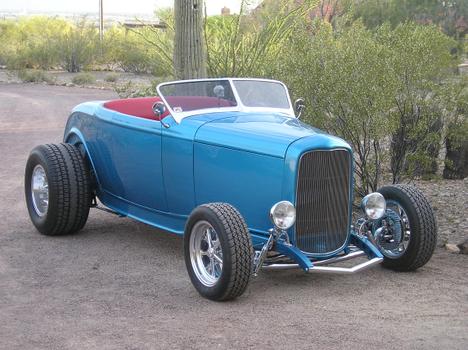 My 32 is my dream car since I was a kid living in Portland Ore. My brother bought me a Big Deuce 32 ford roadster, cast in red, by the Monogram model corporation. It was a Xmas gift, and my best friend Richard also received one but his was cast in yellow. Ever since then in 1963 I have loved the 32 fords of all body styles. I traded a nice little 57 two dr. sedan for this car, and love every time I drive the 32. 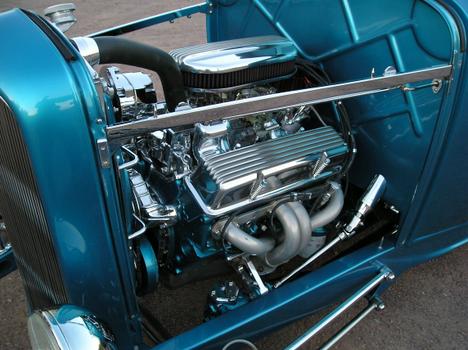 This 350 cid, engine is backed with a turbo 350, with a shift kit from B&M. The block is a 1970 vintage corvette, with the double hump heads, and Crain roller rocker, valve train. 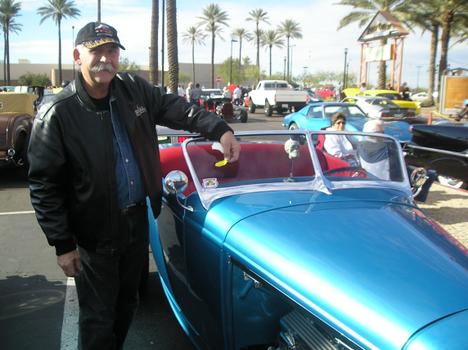 This is me putting on my sticker for just being accepted into the Phoenix Roadster Club. Cool ! 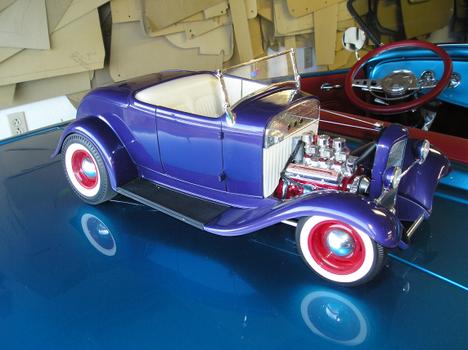 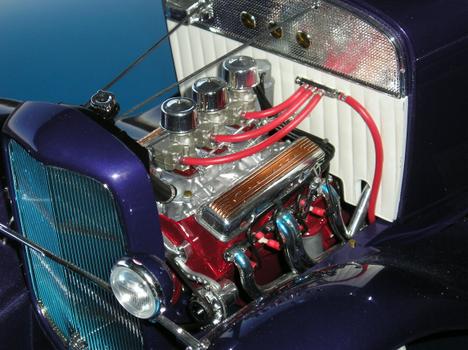 This model looks so real I once showed some pictures to some friends I had only known for a short time and the said, you dog you never told me you had a 32, and I said, that it took me 30 years to build. Then in one of the pick's, one of the guy's noticed a wooden couch leg in the top right corner of the picture and said hey lance this isn't a real car is it and I said well you are looking at it aren't you, its real for sure but it is to small to drive. Then I got the evil eye from them, but they said the model was very cool any way.