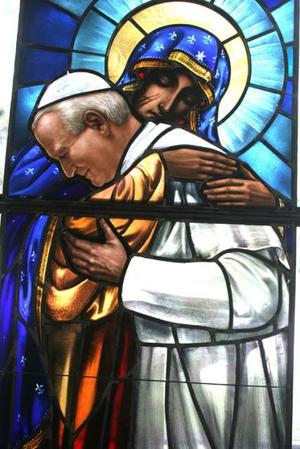 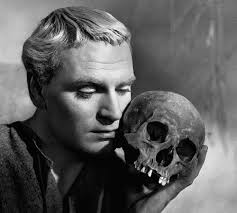 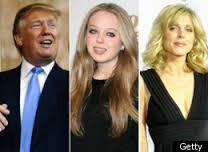 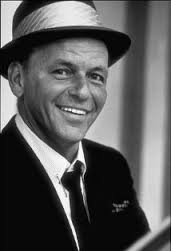 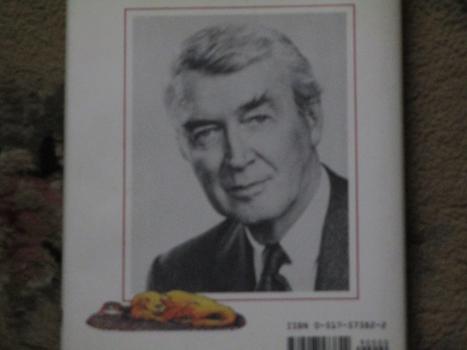 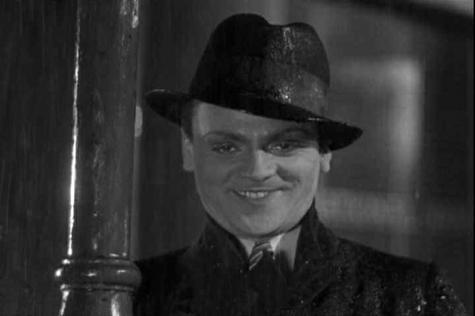 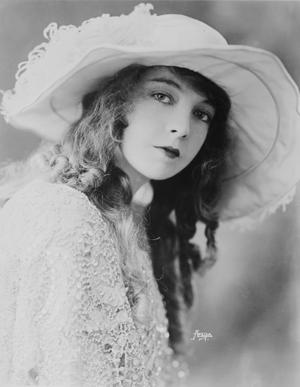 Hi Roseann.........In 2001 Liz and I were discussing the idea of going to Italy after we both retired from work which would be several years away.......After mulling the idea over, we decided that at our age, one never knows what can happen in life so we decided to go as soon as possible........We contacted the first tour group and before we could even talk to them they wanted payment up front...........'Good Bye' we said and moved on to the next travel group that we all know as "Perillo Tours".....They were an excellent tour group, probably the best for Italian tours as we all know, but could not furnish the dates we wanted and only had winter dates available at that time........Moving on to Liberty Travel Agency they suggested Globus Tours.........After checking them out with the agency they were able to fit us into an April 2001 tour all over Italy........Liz and I never even thought of it being Easter Week as to the dates we booked, because we were so excited in getting a good time period with a great price.......As it turned out the tour was exceptional and when we reached Rome [because it was the Easter Week] the bonus turned out to be with a live viewing of Pope John Paul ll.......There had to be about a thousand people in the square but it was worth it......It was a good thing that we didn't wait for retirement because in April of 2002 one year later almost to the date I had a heart attack [I recuperated fast and am fine now] and in the following year 2003 Liz would take a fall and break her hip [she too is fine and fully recovered].......So like they say, at our age we can't buy "green bananas".........click below for a viewing of the Pope........Nick

Nick, A group of us who were all friends at our Church and did lots of things there. We were very active there and were in charge of all kinds of functions, including the largest Church fiesta of any of the Parishes. It was a three year commitment, and it was so big, you literally worked on it for the three years. First year Bob and I were co-chairman, then the next year we were chairman, and the third year we were advisors. Our group which wound up being great friends was in charge of all the big functions, and a good part of it was preparing and cooking and organizing all these functions plus Bob and I were in charge of cooking pizza for 25 years at the Fiesta, and cooking and organizing everything when the Bishop came for Confirmation. During this time we became great friends with our Monsignor and spent many weekends with our friends at Monsignor's beach house in Newport. His family was quite wealthy and bought the beach house for him for his retirement years. Monsignor was very well know in our Archdiocese thus received blocks of tickets for many functions, and he always took our group not only for what we did around the Church but because he considered us good friends. You never knew when he would surprise us on holidays like Christmas time when we all got together at each others houses for a pre Christmas dinner, and Monsignor would show up with a couple of priests and join our dinner. We got to go to the Notre Dame and SC games. Our group would party hardy. We spent a long weekend at his brother's ranch which was just next to Reagan's ranch, and the greatest thing we attended was when Monsignor got a block of tickets for the Mass that the Pope was saying at Dodger Stadium. Naturally he invited our group, and then there was a drawing for whatever extra tickets he had. Very strange but our family members seemed to win the drawing, and we all concluded that Monsignor fixed the drawing. At any rate our seats were outstanding, we were right near the railing just where the Pope entered on his Pope Mobile. We were so close to him it was amazing, and the Mass was absolutely beautiful. I had no idea you had a heart attack. Did you have to get a bypass? I am so glad you are both well now, because the world needs more good people like you......Ro

Roseann..........Very interesting story.......I was lucky and did not need a bypass.......A stent took care of the problem along with certain medication........This story somehow reminds me of the spaghetti dinners both our families used to go to in Staten Island back in the sixties..........When the Pope mobile passed you in the Dodger Stadium did the Pope yell out, "Hey Roseann, I saw Nick in the square amongst the 1000 people when he came to Rome?"..........[just joking].........That ranch you went to must have been great to see especially being next to Reagan's Ranch..................These experiences that we are reciting certainly makes life worth living and at the same time the stories we are telling make it fun too..............Nick

In the winter of 1996 Liz and I had gone to London and one of our first destinations was to visit Westminster Abbey a beautiful building that was not to be ignored.....There was much to see in the Abbey and we spent many hours looking at the history of England....At one point of this tour we both became exhausted and saw a bench located just through an open door that led to another room where the bench was located....We sat on this bench for approximately 15 minutes when I suddenly put my head down and at that point I realized that the ashes of Sir Lawrence Olivier was buried just below us in that very spot....

In 1993 Liz and I were in Atlantic City on one pleasant day but could have gone to any other place that day but we did not......We could have gone into any casino on the boardwalk that day but instead kept on strolling until we came to the Trump Plaza Casino and at that point and by chance, decided to walk into that casino..........When we were inside this casino we could have kept walking straight into the casino but instead decided to take the escalator to the next floor to see the beautiful stores located in this casino.........

When we reached the top of the escalator we noticed the "Tiffany Jewelry Store" right in front of the escalator.......Who did we see in this jewelry store......?.........You guessed it, none other than the famous Donald Trump and Marla Maples........The reason that they were in that store was to pick out the engagement ring for this soon to become lovely bride........The story was in the papers the next day..... The people watching this purchase was Liz and I, about 3 or 4 people standing out side the store and the clerks in the store.........There were no reporters that I saw or noticed in attendance..........Apparently "the adjustment bureau" at work...........

As it turned out, after getting married the Trumps first child was a beautiful baby girl and she was appropriately named 'Tiffany'.......

In 1990 Robin Williams and Jeff Bridges were on 24th street filming several scenes from the movie "The Fisher King" and as I worked in the building next to this filming I and a friend of mine named Herb were both able to stay on this street during the filming, even though it was closed off to the public and we both got to speak to Robin Williams for some length of time..After speaking to Robin and he later was in various parts of 24th Street, he always took the time to wave to us after he finished his acting part......Great and friendly guy was Robin.....As far as I knew Herb and I were the only non-cast members on that block.....

Again, while working in this building located between 24th Street and 25th street another celebrity encounter occurred.....See James Cagney video below for encounter details.....( Sorry.!!!...Video has been removed by YouTube...)

In the late '70s or early '80s Liz and I were walking on a nice summer day on the famous Atlantic City Boardwalk where all it's beautiful Casino Hotels were located when we noticed a small group of 8 or 9 people gathered on the Bally Hotel side of the boardwalk that interested us enough to stroll over to this group of folks to see what they were viewing over the side of the boardwalk fence.....When looking over the fence one could see the outdoor concert stadium that Bally's had at that time and the entertainment guest trailer located just below our position on the boardwalk.....

The trailer was located on a dead end street right next to the fenced off stadium so as any entertainers could step out of the trailer and quickly go through the well security guarded fence opening leading to the stadium.....The stadiums tall fence was covered on the boardwalk side so as not to allow any public viewing of the show that was about to start....

Just as we reached the boardwalk fence and looked over the side and saw the trailer, the trailer door opened and out came Frank Sinatra....My immediate reaction was to yell out to him and say, "Hey Frank" and his reaction was to turn and look up to us before going thru the fence opening and give us a nice wave, than proceeding thru the fence opening onto the concert stadium.....

Although one could not see into the stadium from the boardwalk the loud speakers were not muffled in any way and the public could hear Mr Sinatra's singing that we enjoyed for a small while on that day........ 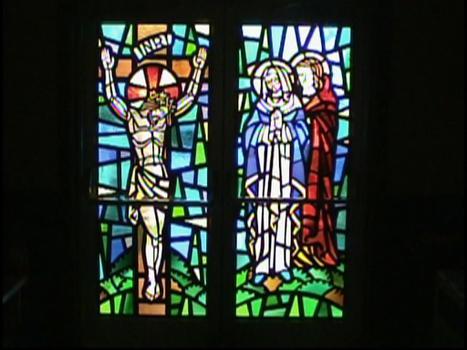 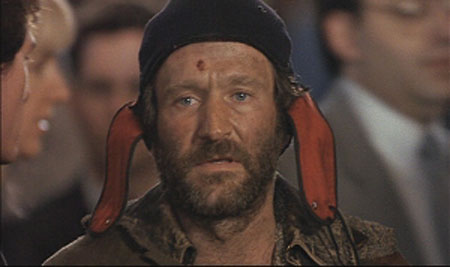 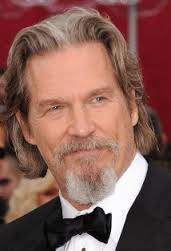 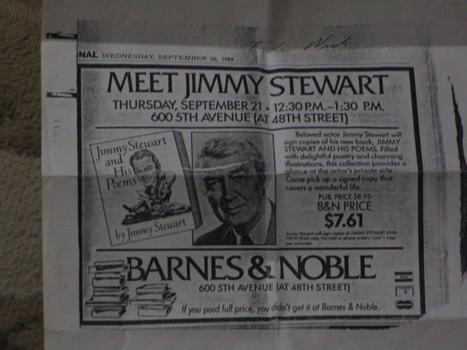 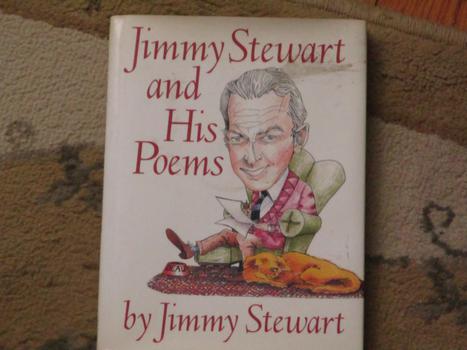 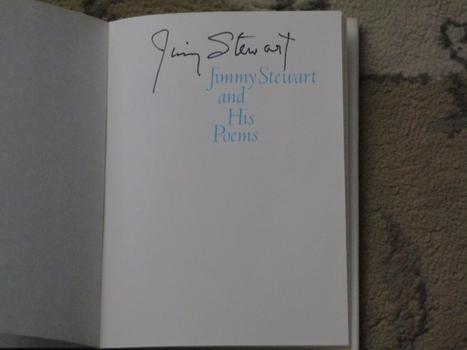 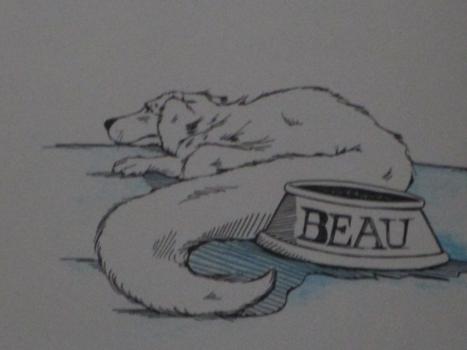 The count had reached 369 'Likes' and suddenly stopped, the reason being that FB had warned anybody that was clicking on the website for the Jeff Bridges photo's was subject to a security hacking ~

I tried to later do the same thing, that is to attach my Robin William's story to one of his story/item but the 'Likes' never took off like it did on that one time ~

If FB had not put a stop to this 'Liking' process who knows where it would have gone to, and I'm certain that it would have reached a much higher mark than "369 Likes "~ It sure was nice to see all those 'Likes' but I was disappointed and felt that I was robbed as to where it's pretension could actually have gone to ~