CHAPTER 27 - Recent most best ride I ever had, "I'm alive and still kicking" 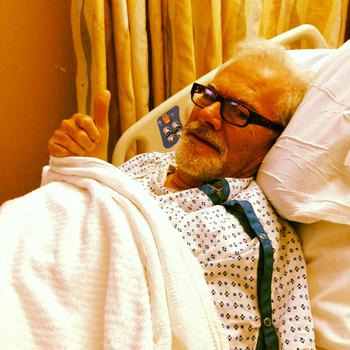 While the surgery for this operation took several hours for this marvelous surgeon with the name Michael Castellano at the 501 Seaver Ave location, to perform and the 5 day hospital stay for re-cooperating after the surgery, the Leg work to set it up took just over 5 months of seeing various doctors, going thru various tests and also getting doctor clearances.

While we are on the subject of testing I also had the opportunity to be sitting next to the famous singer Vito Picone (health test site) from the mid fifties that made the number one hit of "Twinkle Twinkle Little Star" and also later gained his own local TV Show plus starring in several movie character actor roles such as "Goodfellas". Based on google he is still performing in different parts of the country.....Nick..October 29, 2013

While I was in the hospital several of the nurses said I resembled Jack Nicholson even though I just cannot see this resemblance or agree with this comment but my daughter also suggested that I looked like Jack ... 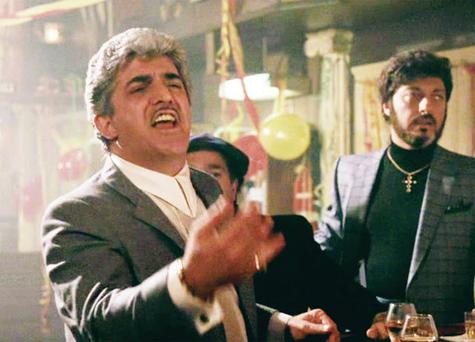 Vito Picone the Famous "Goodfellas" actor is situated to the right of Frank Vincent another star in his own right...... 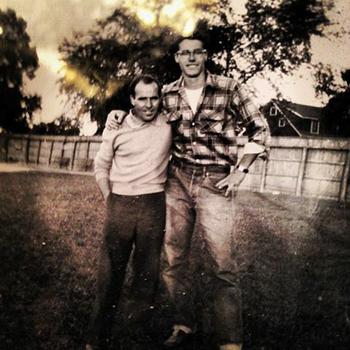 This is my dream photo from over sixty years ago taken in Akron,Ohio when I later drove mum up to Canada to visit her brother Jack and his family.....This photo was taken with a family relative when I was roughly 16 years of age....This was also the age that I and a friend named Curly would visit Mary Ellen after school was over for the day......Mary Ellen and I are still communicating to this day thanks to 'Classmates' where I have also met many other friends from the past....... 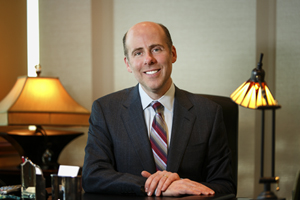 
As I mentioned in the title of this Chapter, the Hospital staff and my magnificent Surgeon were able to keep me alive, feeling well and still kicking......Needless to say the monster in this video is supposed to represent me the author....


Another marvelous and Funny scene with Jack Nicholson and Nurse Ratched.......


This wonderful song definitely also belongs in this story line

So I clicked on the link and it looks like you were on your way to the hospital?? So what happened and when, I hope you are fully recovered. Mary Ellen

released from the hospital five days later after all of the "C" word was removed....That picture was taken

by my daughter on the last day prior to my release...All is well that ends well.......Thanks for your most appreciated concerns.........Nick

Nick-- Jack Nicholaus?.. No way. Clint Eastwood is more like it

Very nice dad! I see my photo there, but once I clink on the page and see the photo on the web site, I don't see the link to take me to that chapter :(

Hi Donna......Thanks for your response......That is the Chapter as you see it.....It was a great ride, the Hospital staff

and Surgeon were the best and the picture is worth a thousand words........Dad

Hi Donna.......I gave in to the "Critics choice"......Please see additional changes made to Chapter 27 and let

Hi Nick Your American Torque is fabulous..will definitely go thru it all. Thanks for sharing. Lee

Hey Dad, YOU CAME THROUGH IT ALL LIKE THE CHAMP THAT YOU ARE! LOVE YOU Donna xx

Hi Mary Ellen.....Take another look see at Chapter 27 where I have taken the

Yes Nick I found it. Oh we were so young, and yes I remember you both coming to see me. I am so glad you are all better. We need you around for a good long time yet. Stay well my friend. me -----Original Message-----

Hi Nick, Did my eyes see correctly or were u in the hosp. I know Vito told me you might be going in for surgery. Hope all went well and u r fully recovered. Love big sister Angie .

P.S. we are little behind in news still trying to catch up with everything since we got back to Fl 2 weeks ago.

Hi Angie.......Yes things are going good after the surgery I had on October 11 that was very similar to what Vito had done about 5 years ago.....The Surgeon and hospital staff could not have been better.. ....I was released from the hospital after a 5 day stay.....

It took over 5 months planning with tests and doctor clearances before I was able to get this surgery done and I'm glad its over with.....Glad you guys are back to Florida.......Give Tom my best....

Nick, Glad you are doing well.... Enjoy hearing from you , and reading your stories. Dora

Thanks Dora....Really appreciate hearing from you along with your concerning comment......Your 1953 Long Island City High School Classmate........Nick

Thanks to the first female Executive Director at Staten Island University Hospital.....For this story click on the following Link.......... http://www.silive.com/news/index.ssf/2013/11/staten_island_university_hospi_16.html

When reading the above story concerning the first 'Female Executive Director' Please also read the comments at the end of that story to see my 'Great Hospital Stay' after clinking on that Link also....

Today on May 9, 2014 I found a new procedure on the internet when preforming a colonoscopy that is less invasive than surgery in removing polops from the colon.....See this link for further details.... http://www.everydayhealth.com/news/new-colon-polyp-removal-may-easier-patients/?xid=aol_eh-digest_3_20140505_&aolcat=AHD&icid=maing-grid7%7Cmain5%7Cdl30%7Csec3_lnk3%26pLid%3D473897

Yesterday on Oct 7, 2014 it was 53 years that Elizabeth And I were married to each other which in itself made for a glorious occasion in our lives but I also received a phone call from Dr.Megna's office and received further good new from a lady called Dina who said that my biopsy from a colonoscopy that was performed last most showed up good and I was cancer free.!!!

cooperhawks 4 days ago Hello??? A colonoscopy doesn't simply detect colon cancer. It is also a preventative measure that screens for pre-cancerous polyps and REMOVES them. A spoonful of yogurt that can only detect cancer that is already in your body is hardly a reasonable alternative to a procedure that can prevent you from getting colorectal cancer in the first place by finding and removing the root cause......Note: This comment was one of the many comments added to the, "new cancer test with yogurt instead of a colonoscapy".....See comment above with date of Oct 4, 2014.

~ Another Colonoscopy done today in Dr Megna's office and a small Polyp was removed, but the further good news was that the next colonoscopy will not be necessary for another two years so here's wishing me a Happy New Year ~ Lol

~ About a week ago my wife and I met a bunch of old timers down at Great Kills Park and it turns out that one of them sang with the singing group known as 'The Expressions' ~ He said he knew Vito Picone as they both went to the same High School together when growing up ~ He also indicated that Vito married 4 times and that he was in the 'Goodfella's' movie, which I already knew ~ This came about when I mentioned that Elizabeth's cousin was in 'The Godfather' Film and when Elizabeth mentioned Willi Cicci he called out Joe Spinnel's name ~