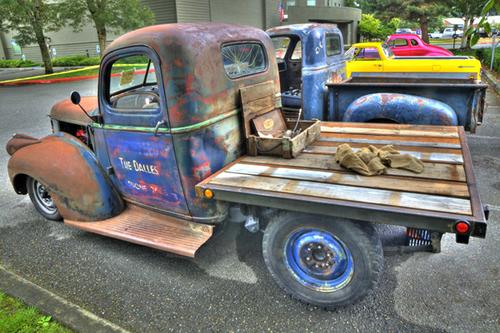 1941 CHEVY TRUCK, sitting on a 91 ISUZU PICKUP CHASSIS, small block Chevy 350 engine. with a TH350 transmission, running through the orginal Isuzu drive shaft and rear differential. Torsion bar suspension up front with power disc brakes. This project took just over three months to build and 68 years of wear, thrashings, and weather to look like this. GARY ESTES ISSAQUAH WA. 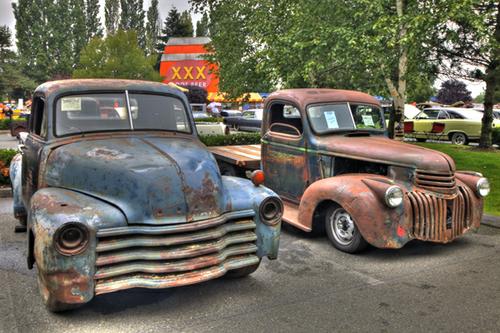 THIS BLUE TRUCK IS MY SON GREG'S 53 CHEVY. WE HAVE IT SITTING ON AN S-10 CHEVY FRAME, PLANS ARE TO GO WITH A NASCAR THEME. A 350 CHEVY AND 5 SPEED ARE SLATED TO BE INSTALLED. THIS ONCE WAS AN AIR FORCE TRUCK AND THEN WAS USED IN THE LAKE WASHINGTON SCHOOL DISTRICT. 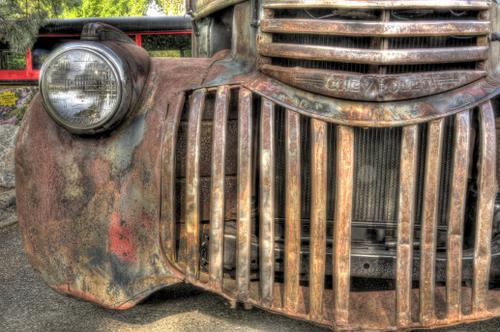 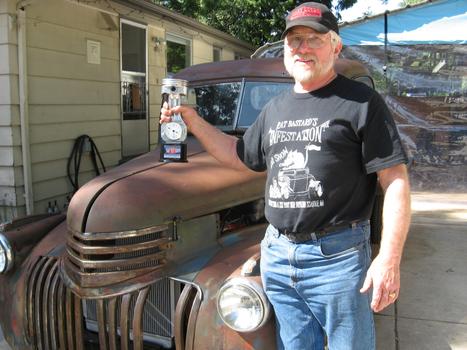 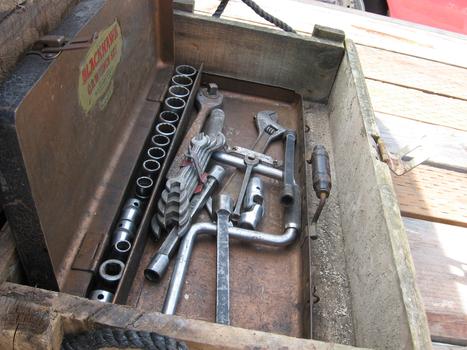 crusty truck has to have crusty tools. 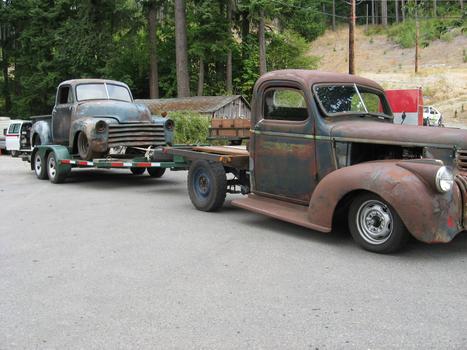 Getting ready to tow the 53 to the Rat Bastard's car show. You see there is no engine or transmission at this time. Greg started this project less than three weeks prior to the show.