These are a few photos of my wife, Linda Towers, and her restored 1974 AMC Javelin. We special ordered this Javelin on May 24, 1974, purchased it on 16, July 1974. It is equipped with 360 CID, 2V, 727TF, Motorola Multiplex w/8-Track Tape Player that still sounds great after over 40 years. The original Goodyear F70x14 RWL Polyglas Spare Tire is still in the trunk and has never been used. The Javelin was featured on the front cover of the Jul-Aug 2014 edition of American Motoring Magazine, and also as the Car of the Week in the January 5, 2015 edition of Old Cars Weekly, and in the Reader's Rides Section of the May 2015 issue of Muscle Car Review Magazine, 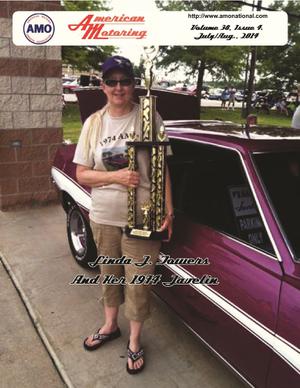 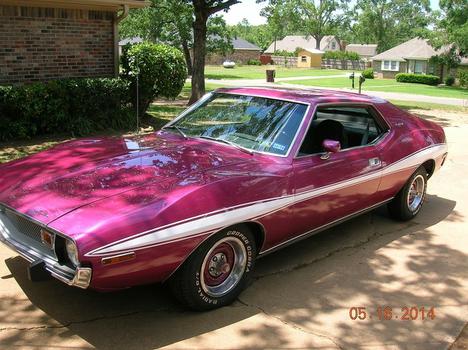 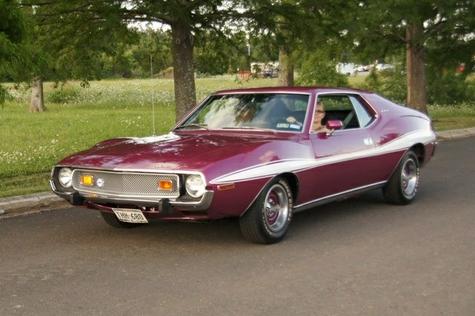 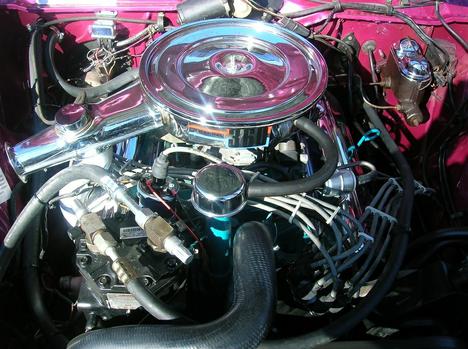 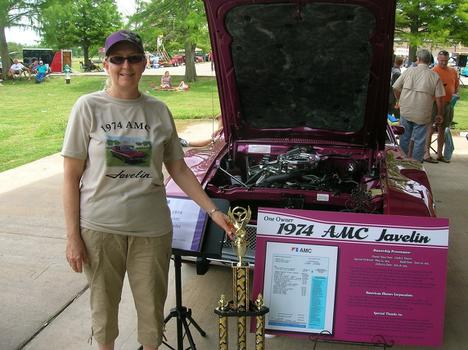 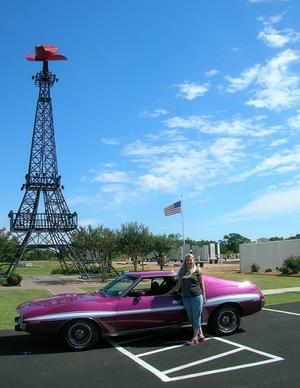 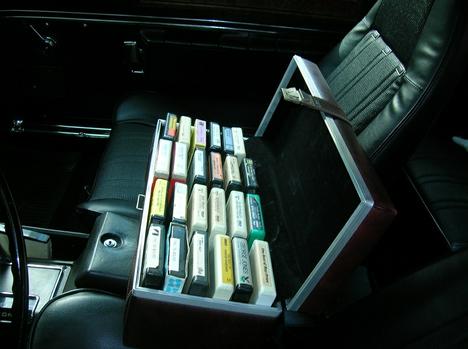 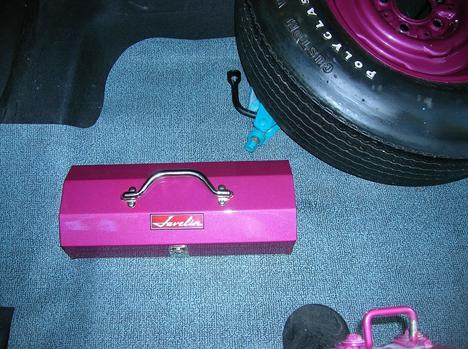 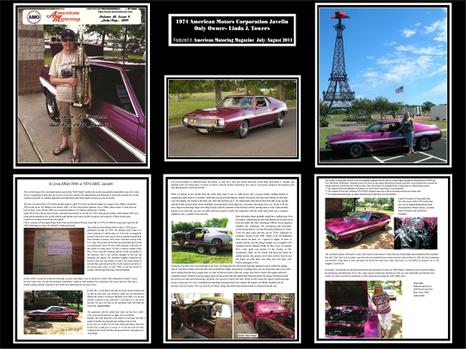 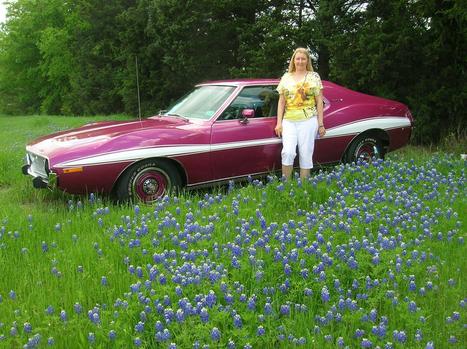 “Lupinus Texensis”….Bluebonnets, the State Flower of Texas Found growing wild along Texas Highways and rural Farm to Market Roads from late March to late April each year. Bluebonnets signal the start of Spring time in Texas

Well there is a great combination of ownership, care and restoration. What color is that? I love the toolbox.....and the 8 track case! So many times I see something like the tape case and it makes me smile because I think we all had one of those in our day. Congrats on the awards and keep us up to date on any new awards. There for a minute I thought that was the Eiffel Tower.....now I see it's an oil well and oils well that ends well. Sorry, I'm an old guy with old jokes and an old sense of humor. :-) Nice Polyglas spare too!!

Linda is the reason this car was restored and kept for over 40 years. She has kept every single piece of paperwork since we bought the car. The color is G-4 Plum, this is the original color. The Eiffel Towers is a replica that is located at the Red River Valley Veterans Memorial here in Paris, Texas.

That is a replica of the Eifel Tower. It is part of the Red River Valley Veterans Memorial here in Paris, Texas. The color of the Javelin is G-4 Plum Metallic, which was the original factory color.

I love that Jav. My wife and I had one in that bright blue (I forget what they called it). It was striped up and set up just like yours. I wish we still had it. Thumbs up on a gorgeous AMC Javelin.

My parents bought my younger sister a 1974 Javelin in April 1974 for her 16th Birthday, about a month before we order Linda's. My sister's Javelin was F7 dark Blue Metallic.

Nice to see you on this site...I have been on it for a while now as well as the AMC Forum. Lots of great cars to see!

Great car. Mine is the '74 Green Machine.

Amazing, would love to see it one day.