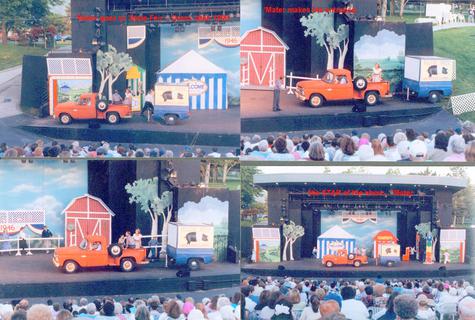 I found this old tomato red truck in central Utah in Feb 2009 where It had been sitting for years at home of local contractor.. It started out as a dad and son project on their ranch. The dad rebuilt the engine, then it just sat, both loosing interest. The contractor received it in part payment for work at the ranch, but never intended to keep it. I stumbled upon it and bought it on the spot, towed it back to northern Utah where it initially was used as backup to the KMPC mobile studio I started using for music at car shows. I did contact the original owner who told me it had been in the 'on-the-road' play of State Fair following a successful run on Broadway. When I contacted the theatre group, they told me there were photos of it and sent to me... And, those are the shots from one of the performances...thus, a 'STAR' was born.. The Auger Inn gal named it 'Mater and the name stuck! :))jS 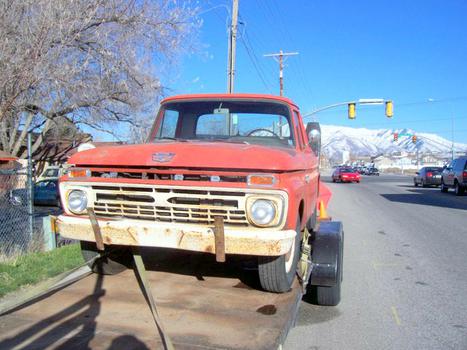 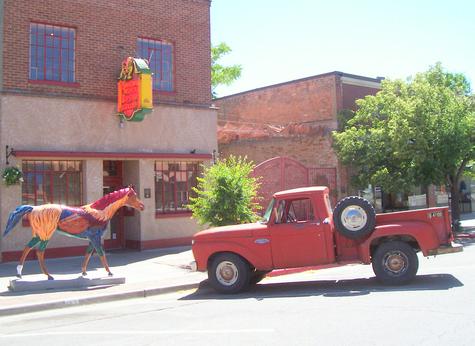 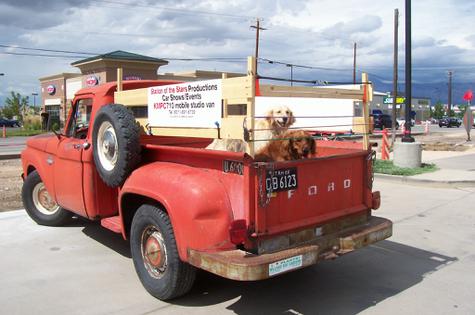 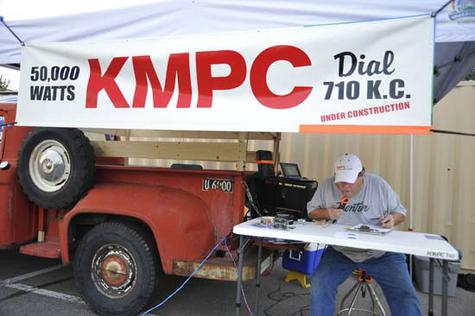 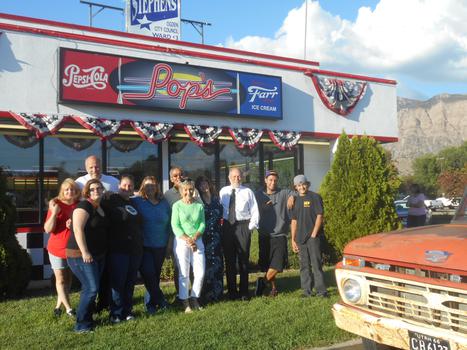 'Mater with some of his 'cruiser friends' at the close of popular cafe noted for its classic car shows, burgers and oldies memorabilia inside.