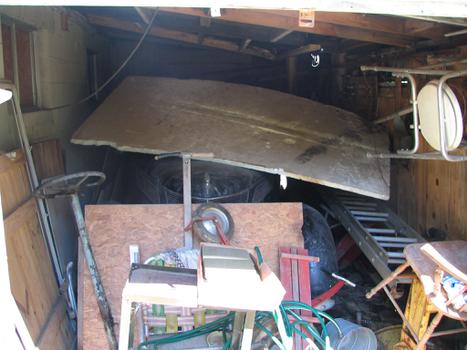 can u find it in the barn? 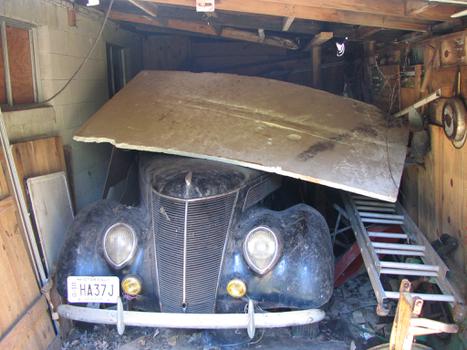 dad bought it in 1966, it was like the one he had when mom and him dated, he had planed to restore it. 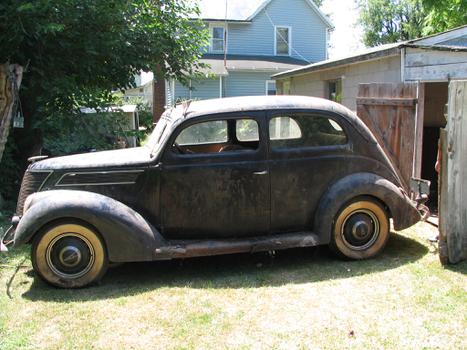 hadn't been moved since 1976. We aired up the tires and pulled it out of the barn. 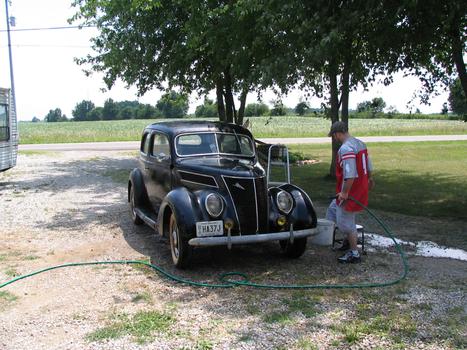 we got it home and washed it. got it started, but needed a new gastank. 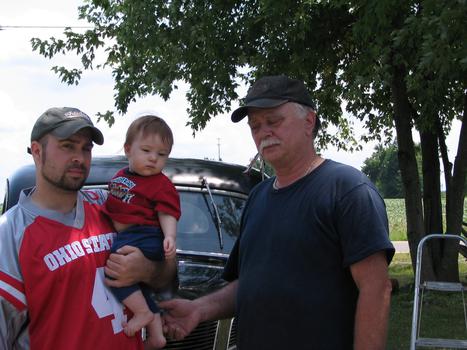 thats me on the right "Lawrence". the car was my fathers. i gave the car to my son "Jason, on the left, provided he gives it to my grandchildren, Evan,in the center and Michael. 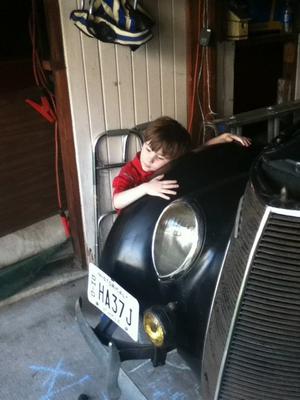 Michael saying how he loves his car. 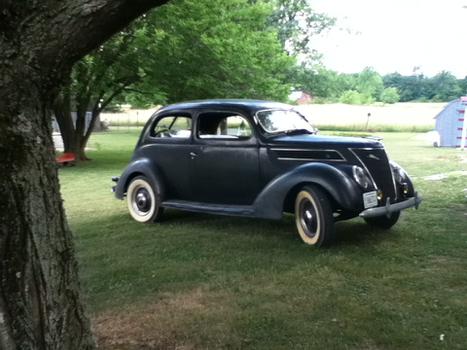 The car has turned into a family project. It's driven to close car shows. It's a work in progress. And will always be in the family.

Wow, I need to go look under that pile of stuff in my shed and see if there isn't a car like this under it. Wouldn't that be a hoot if there was? Family cars handed down to other generations is always a great story.