My car, a 1939 Oldsmobile Series 60 4DS. I live in Johnsonville, New Zealand and my car lives with me here at home.

Bluey, Bluey, named because the paint is blue, but also one of my favorite movies is "Gun Crazy" released in 1950. In the early stages of this film there is a fairground clown by the name of, Bluey, Bluey. I kinda liked that name so I chose it for my blue Olds.

This car was sold new in New Zealand and given a functional restoration in the late 1970s by the previous owner. Nearly 40 years latter it was time again to fix up some of the problems resulting from the previous resto that are now not accepted as good practice and road legal in my country.

I have added lights for turn signals and while this is not a legal requirement for a car that was not originally equip with them, I believe that it was a sensible addition when driving in modern day traffic where hand signals are pretty much unknown now.

The NZ new 1039 Oldsmobile's were originally sold with the deluxe (white) steering wheel. This was an additional cost option on the US home market cars.

I hope you enjoy the view. Bruce. 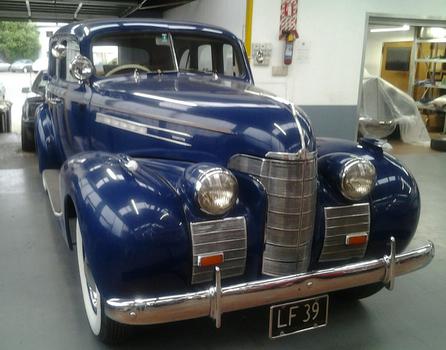 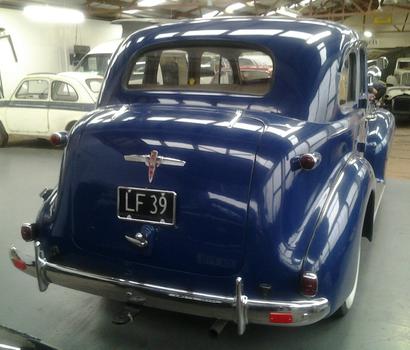 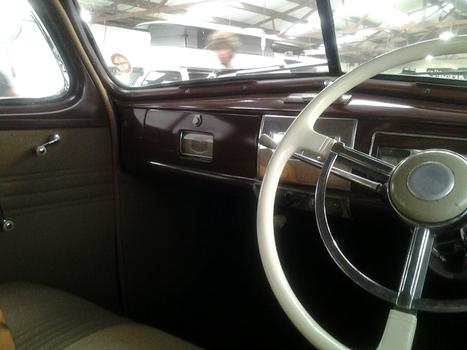 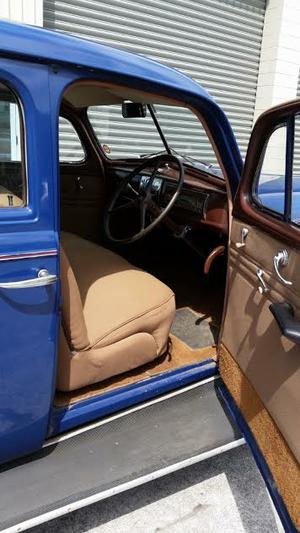 Well Bluey Bluey is my favorite color color......I love seeing classics like these that have a history in a totally different country. Funny how I forget there's a whole big world out there where cars like this exist. The US didn't have a monopoly on these classic rides. We forget the exports. My cousin used to work for a dairy company based in New Zealand and her and I wanted to visit but the company closed in the states here and we never got our trip in. Great looking car... Looks like it comes with a drawbar hitch?

Hello. I enjoyed reading your comments. Bluey, Bluey, was originaly sold new in this country imported built up from, Canada. Although the Big Three US Auto Manufactueres had established car assembly plants here in the 1920s, it was usually only base models that were assembled here. Or, as with Chrysler Corp vehicles, De Soto, Dodge & Chrysler were really only Plymouths with appropriate identifying name badges & grill added. GM plants here assembled mostly Cheys & Pontiacs, while Ford, just the current years Sedan & Coupe models. Longer wheel base models and cars produced by other car manufacturer's were imported built up. Because of the rural nature of this country, American cars were favoured because they were large & tough. A trailer hitch was also an important accessory fitted at the time of the cars original purchase, just like farmers would most probably do in the US. Even now, and because we are car mad in this part of the world, large numbers of collector cars, mainly from the 1950s - 80s, arrive here in significant numbers each year from the US. The low value of the local Pacific Pesco ($nzd) and the high cost of freight from the US to here seems no deterrent to the steady stream of cars from Longbeach, CA. Great talking with you - Bruce