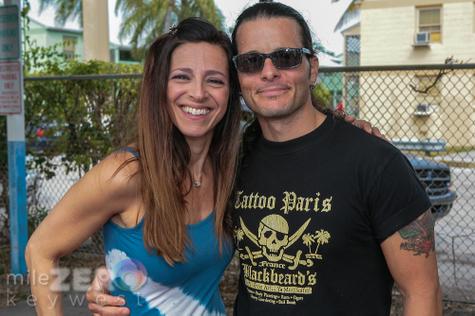 ~ My daughter Dina and her husband Mark enjoying a free moment from their Uva store in Key West, Florida ~ 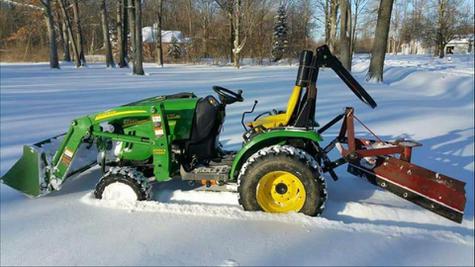 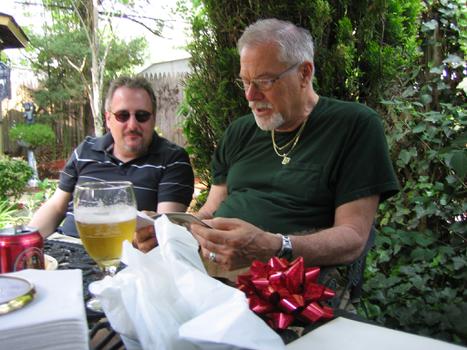 ~ Mark Dell, the snow blower man and me on a calmer and nicer day 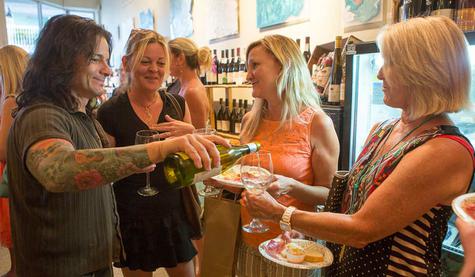 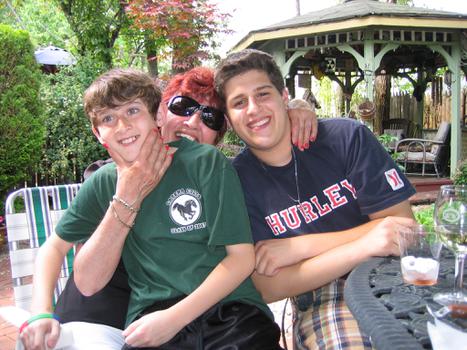 ~ My two Grandson's...Dean and Eric on a barbecue Day ~ During the Blizzard of January 2016 Dean was away at college in Rhode Island and Eric was helping his Dad Mark Del and me remove the snow from my home ~ My wife is between the two guy's and the Gazebo in the background was built by yours truly back around the early '90s ~

Jack Benny and Ninety Miles To Cuba With a B ~ Girl

We had arranged for our flight to Key West for Wednesday Jan 27th 2016 and a Blizzard was on it's way for this up-coming Saturday less than a week away from our destined new Key West adventure...It was a fine snow fall that started to materialize on this Saturday and I was hoping against hope that it would not be like last years Siberian Winds Snow Storm...But have it as it may, the Blizzard ended after dumping some 35 inches of snow on Staten Island and on Sunday Morning I was up bright and early to start digging my way out of the snow so that the cab that would arrived on Wednesday to take us to the Airport would not have any difficulty's...With the help of my neighbors and my son-in-law Mark Dell who had arrived with my Grandson Eric and a heavy duty snow blower we managed to clear all the snow from the driveways and paths for not only my house but for both our neighbors too...

Our flight to our first stop of Fort Laurerdale was without mishap but the connecting flight to Key West was delayed due to non-understandable reasons and eventually even that flight delivered us both to Key West without any further ado...

That Saturday we were invited to Eric's Birthday Party, a neighbor to my daughter and a fine gentleman too...Eric, a wonderful artist by profession as some of you may be aware was instrumental in helping Mark develop the Uva sign for their wine store located in Key West, Florida...

At the party we met another retired gentleman like us but that was thinking of coming out of retirement in order to continue with his photography business and had already been to Cuba for many days and hours taking photo's of the Cuban people...While doing his souls work of taking pictures, President Obama had lifted the embargo to Cuba and the timing for this photographer could not have been any better...He connected with a very young lady that was also into photography and together they would take many pictures of volunteering Cuban's...On the first day of picture taking over eight hundred people volunteered for the picture posing that helped to produce a book of pictures for these two artistic photographer's...A copy of the signed book with a newspaper clipping of this story is currently on my daughter's coffee table...The name of the photo artist is Jeffery Cardenas and his young partner is Yanelo Pineiro...

Good luck to them both and with their Cuban Adventure indeed I must say...

On Wednesday we received two tickets to the Custom House that was exhibiting the usual history of the wealthy Millionaire Flagler who had the vision to see and have all the Key Islands joined together by a Railroad Track and bridges in order to further develop the current Key West Island and all the others in between Miami and Key West...Mr Flagler was instrumental in having many engineers come together to develop the "Keys"...At one time due to a hurricane, over a hundred men lost their lives because of this fierce weather...

Also on Exhibit at the Custom House was the history of the B ~ Girls that were actually known as the "Bar Girls" and were the prostitute's of that time...It was the Navy Military that would eventually clean up their act and ship them to Stock Island in order to help keep the Navy from further being caught up with the transferring of sexual related diseases...

Actually and finally Jack Benny really had nothing to do with this story other than the fact that he always would claim to be age 39 which is the same number for this chapter...Lol

It has just been released that my daughter's husband Mark G. and partner owner of their Uva winery has been mentioned in the famous Granta Magazine ...For that story click on the following link paying special attention to item # 2 in the story line... http://granta.com/five-things-right-now-ann-beattie/

Yesterday on March 19, 2016 we received word that our son-in-law Mark G. has completed an interview for a local TV station concerning the wonderful job that he is doing for the people of Key West with the distribution of a very fine wine and interesting history of wine making and development ~ When this TV video becomes available it will be able to be seen right on Chapter 39 for your viewing pleasure ~

Born February 8, 1877 Dresden, German Empire Died July 3, 1952 (aged 75) Pasco County, Florida, U.S. Occupation Radiologic Technologist Carl Tanzler.jpg Carl Tanzler, or sometimes Count Carl von Cosel (February 8, 1877 – July 3, 1952), was a German-born radiologic technologist at the United States Marine Hospital in Key West, Florida who developed a morbid obsession for a young Cuban-American tuberculosis patient, Elena Milagro "Helen" de Hoyos (July 31, 1909 – October 25, 1931), that carried on well after the disease had caused her death. In 1933, almost two years after her death, Tanzler removed Hoyos's body from its tomb, and lived with the corpse at his home for seven years until its discovery by Hoyos's relatives and authorities in 1940. 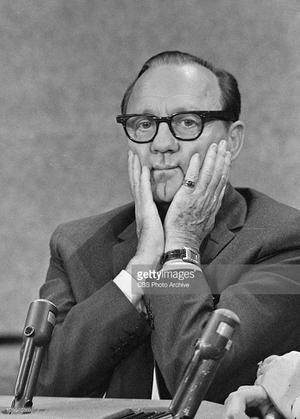 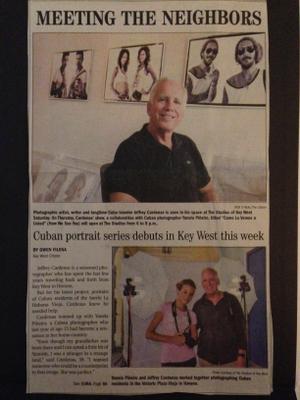 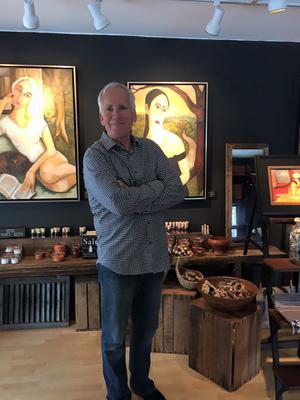 ~ Jeff himself in living color ~ 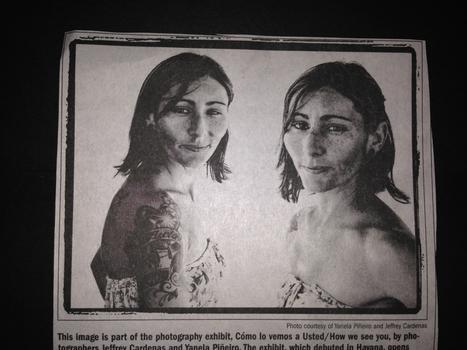 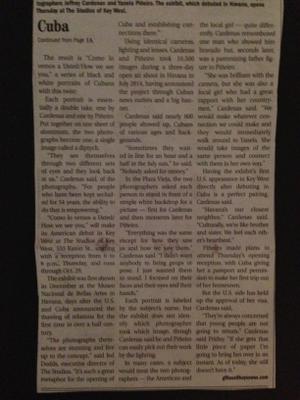 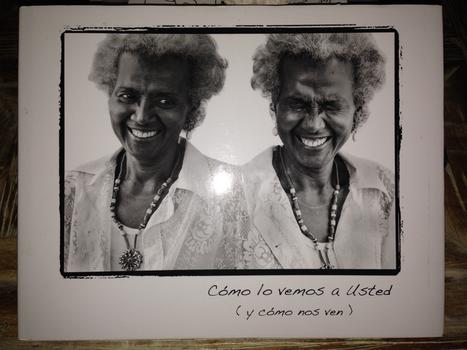 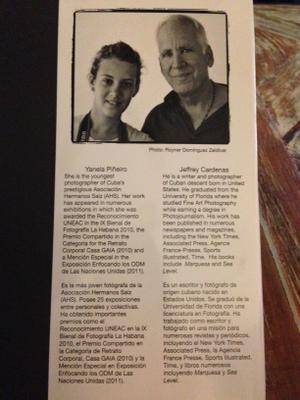 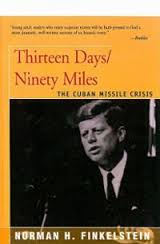 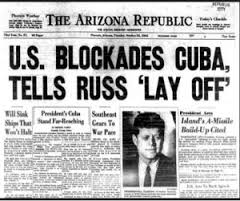 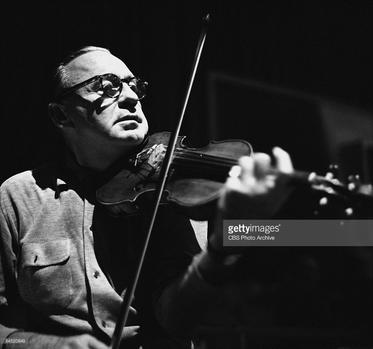 ~ Jack Benny was also a lover of Cuban Music too and he sometimes played it well, Hummmm ~ 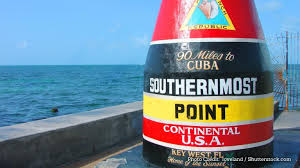 ~ Only 90 miles to Cuba and a hop skip and a jump from Key West, Florida ~ 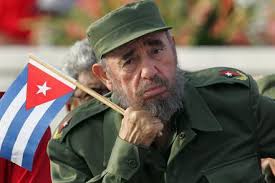 ~ Castro as one can see is still hanging in there ~ 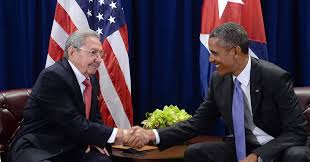 ~ Cuban Embargo lifted with the help of President Obama 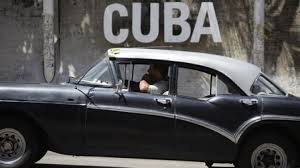 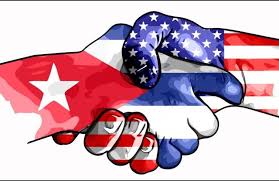 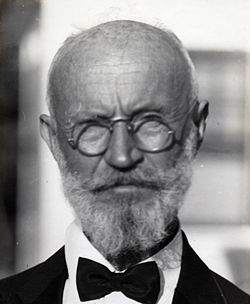 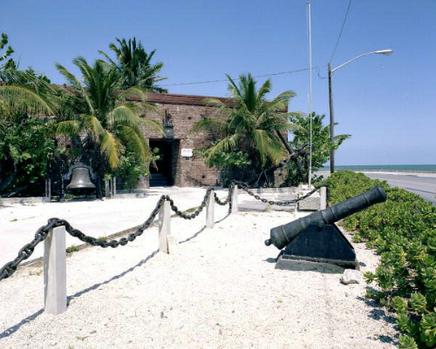 ~ Fort East Martello Museum can be found at 3501 South Roosevelt Blvd, Key West Florida 33040 - Telephone # 305-296-3913 and you will find the story and actual "Robert Doll" and the story of Carl Tanzler (Count Carl von Cosel) and many many other interesting ghostly story's too...SO BEWARE BEFORE ENTERING...hEh hEh hEh 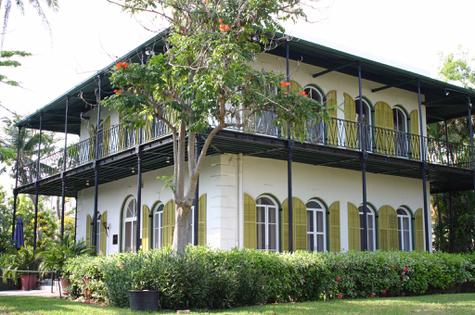 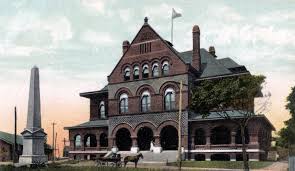 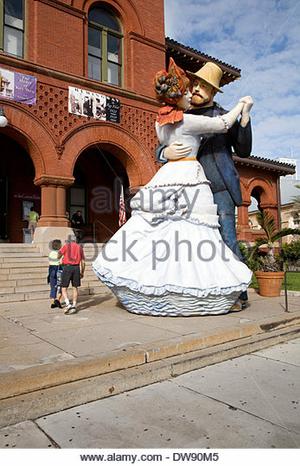 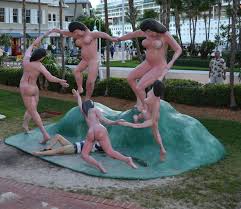 ~ Never, never take any pictures of Robert unless you ask him for permission first, otherwise ~ " Dommm-daa-runnn-dommm - I feel sorry for you " ~


~ Bombing scene with Hemingway and Gellhorn ~

From: Connie Asbury Evans ~ Oh !..ha ha ha...as I got deeper into this great story,I became CONCERNED as to where Jack Benny came in....this is priceless!!!...thanks for my best Saturday laugh of the day....I should have known with you.....luv ya kiddo...have a great day....smile emoticon..

~ My Daughter Dina and her husband Mark have sold their beautiful home on the Golf Course Property to buy another beautiful home in the olde town of Key West which is much closer to their jobs and now Dina rides her bike to her new job while Mark takes his Scooter to his wine shoppe ~ If they wanted to they could also walk to work too, so good luck to the new house and Dina's new job ~

~ After my Grandson Eric's Birthday in January, 2017 we will again be heading to Key West, Florida to see Dina and Marks new home just off of Duval Street not too far from where their Uva Wine Shoppe is located ~ And maybe Bob we will again be able to get to St Augustine to visit the 'Fountain of Youth' this time around so we too can enjoy being young again lol ~ Don't forget to say hello to every one and leave me a comment and also 'Like' or "Thumbs Up " too ~ Thanks Cousin Nick

~ Due to my wife Elizabeth's fall on December 11, 2016 at Ron and Liz's House where we celebrated my sister Angela's 85th Birthday, my wife, as you may or may not know broke her hip so we will not be able to go to Key West, Florida in January, 2017 as we originally planned ~ For that story click on this link ~ http://americantorque.com/page/0/2415/

~ I just recently discovered a story on March 16, 2017 about Hemingway when he got into an argument with a Russian General in Spain to a point where they each had a gun pointed at their own heads and at the count of 3 they were going to pull the trigger for a Russian Roulette type of dual ~ Fortunately someone ran over to them and convinced each of them to have a glass of liquor and before you know it he got them both drunk and the dual ended with them embracing one another lol ~