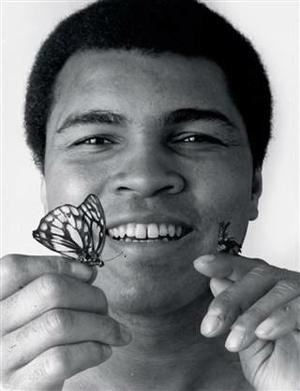 ~ RIP Muhammad Ali ~ You will always be remembered ~ 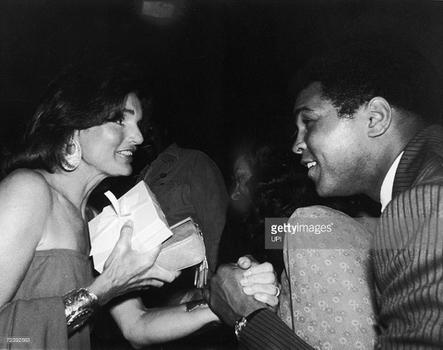 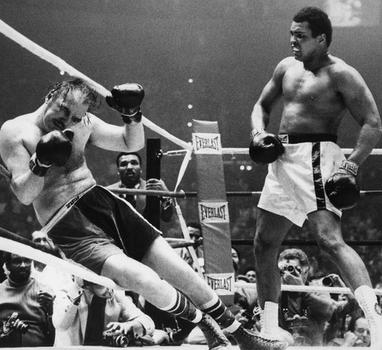 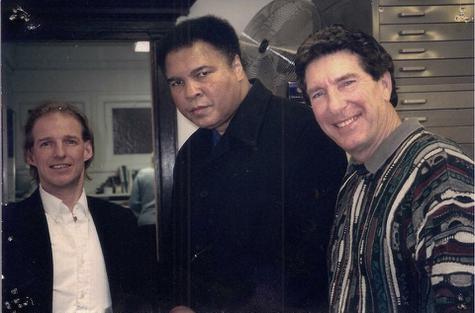 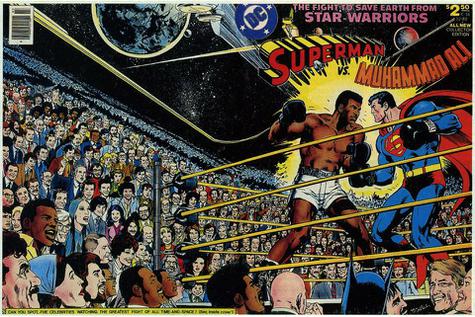 Superman vs. Muhammad Ali is an oversize comic book published by DC Comics in 1978. The 72-page book features Superman teaming up with the heavyweight boxing champion Muhammad Ali to defeat an alien invasion of Earth. It was based on an original story by Dennis O'Neil which was adapted by Neal Adams, with pencils by Adams, and figure inks by Dick Giordano with background inks by Terry Austin.

By the late 1970s, Superman had already been paired in the comics pages with real-life American icons like John F. Kennedy, Steve Allen, Bob Hope, Jerry Lewis, Allen Funt, Don Rickles, and Pat Boone. He had even previously gone up against a real-life athlete, professional wrestler Antonino Rocca.

The book suffered numerous delays, going from an original publication date of fall 1977 to spring 1978. By the time the book was published, Ali was no longer World Heavyweight Champion, having been dethroned by Leon Spinks in February 1978. (Ali won back the title later that year in September.)

2010 re-issue: In December 2009, DC Comics announced it would publish two hardcover reprint editions of Superman vs. Muhammad Ali in the fall of 2010. One edition reprinted the original story at its original treasury size, while a deluxe edition (featuring a new cover by Neal Adams) included additional content dating back to the original book's publication.

Plot summary: Rat'Lar, the maniacal leader of a species of aliens called the Scrubb, demands that Earth's greatest champion fight the greatest Scrubb fighter. If Earth refuses, the Scrubb and their huge armada of spaceships will destroy it. Superman and Muhammad Ali each come forward to volunteer. However, Ali argues that Superman is not really of Earth, and has an unfair advantage in his many superpowers. In typical Ali-style verbiage, he puts himself forward as the obvious choice. Intrigued, Rat'Lar decides that Superman and Ali should fight one another to see who really is Earth's champion. To make the fight fair, he decrees that the match should take place on his home planet, Bodace, which orbits a red sun (which temporarily robs Superman of his powers). The winner would simply be the best boxer. The two would-be champions decide that Ali will train Superman in the finer points of boxing. They journey to Superman's Fortress of Solitude to have his powers temporarily deactivated.

The Superman vs. Muhammad Ali match is broadcast on intergalactic television to thousands of other worlds (with Superman's pal Jimmy Olsen acting as broadcaster). With the match underway, it soon becomes apparent that in battling with more or less equal strength, Ali is the superior fighter. Superman takes a serious pummeling, but somehow refuses to fall down; he stays on his feet all through the beating. Finally, Ali stops the fight, urging the referee to call for a technical knockout. Superman then falls face-first on the canvas (making the knockout more than technical).

Now crowned Earth's champion, Ali is set to face the Scrubb's champion, the behemoth Hun'Ya. The alien leader then asks Ali to predict at what round the fight will end. (Ali was known for predicting the round in which he would knock out his opponent.) After some chiding, Ali predicts that he'll knock the alien out in the fourth round ("He'll hit the floor in four!"). Once the match begins, however, Ali quickly starts to suffer from fighting the super-powered Hun'Ya.

Meanwhile, Superman's great recuperative powers have enabled him to make a speedy recovery. Disguising himself as Ali cornerman Bundini Brown, he steals into the Scrubb command ship and sabotages their space armada. In his showdown with the armada, however, Superman is again badly hurt, and is left drifting in space. Miraculously, Ali gets a second wind. In the predicted fourth round, he not only knocks the alien champion out, but out of the ring as well. Yet after witnessing Superman's decimation of his forces, the Scrubb leader cries foul and decides to invade the now helpless Earth anyway. Just as Rat'Lar is about to give the go-ahead to his backup forces, his own champion Hun'Ya becomes enraged at Rat'Lar's dishonorable tactics and deposes him. There will be no invasion. Earth is saved.

Superman is rescued and once again revived. Hun-ya, the new Scrubb leader, makes peace with Ali, Superman, and all of Earth. The very end of the book shows Ali and Superman in a private moment. Ali reveals that he figured out Superman's secret identity as Clark Kent, but implicitly vows to keep it secret. The book ends with the two champions embracing and Ali proclaiming, "Superman, WE are the greatest!" Supposedly, Ali only agreed to take part in the comic if his character is allowed to discover Superman's secret identity. The book suffered numerous delays, going from a publication date of fall 1977, to spring 1978, before it finally arrived on the stands in the fall of 1978. Ironically, at the time the oft-delayed book was finally published, Ali was no longer World Heavyweight Champion, having been dethroned by Leon Spinks. (Ali promptly won back the title in September 1978.)

Superman vs. Muhammad Ali's wraparound cover took full advantage of Adams' mastery of likenesses, rendering a host of late 1970s celebrities, including Frank Sinatra, Lucille Ball, Tony Orlando, Ron Palillo, the cast of Welcome Back, Kotter, and The Jackson 5; sharing close-up seating with Wonder Woman, Batman, Green Lantern, and other DC superheroes; as well as Warner and DC employees. Joe Kubert was originally asked to draw the cover, and his version (a black-and-white sketch of which still survives) didn't feature any celebrities, but just a "normal" raucous crowd of boxing fans. DC didn't approve of Kubert's likeness of Ali, however, nor the overall grim feeling of the piece, and asked Adams to draw the book instead. Adams' original cover illustration (modeled very closely on Kubert's layout), included Mick Jagger in the front cover's lower left corner; he was replaced in the final version by fight promoter Don King.

In 2000, Adams did a riff on this cover — featuring Ali fighting basketball star Michael Jordan — for a special issue of ESPN The Magazine.

People in the crowd:

Literature and the arts * Kurt Vonnegut