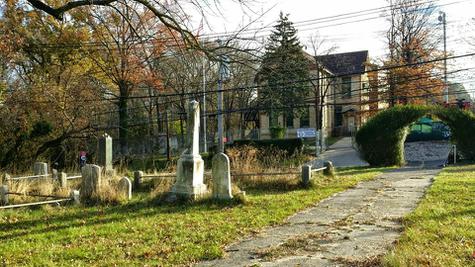 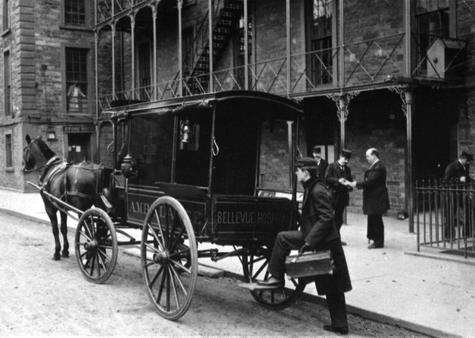 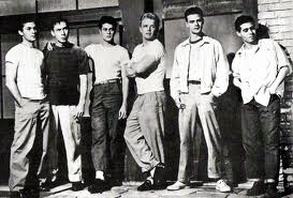 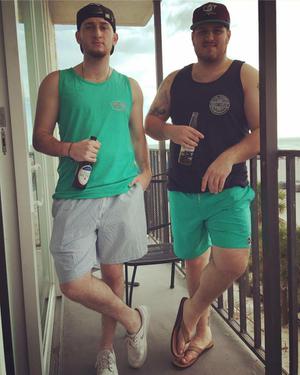 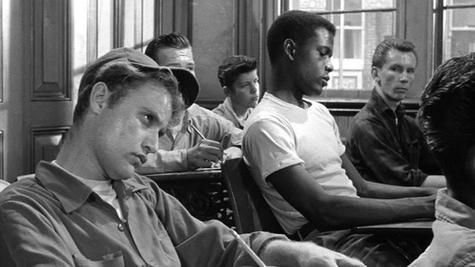 ~ Some more Students ( Models ) at the School ~ 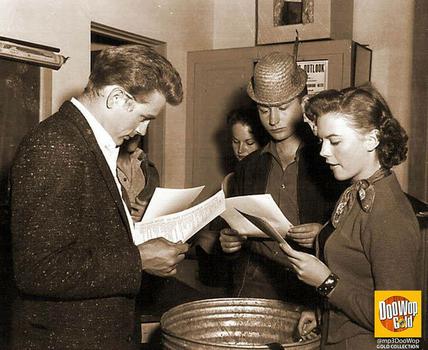 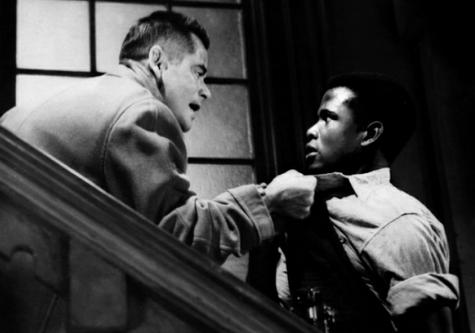 I was new on the job ! I had retired from MetLife and wanted something else to keep me busy ~ City Jobs were pretty permanent and had good benefits I thought to myself ~ This was with the Board of Education Department ~ After training a month in a school on 6th street in Manhattan in a small location known as "Alphabet City " I was ready for a school location I thought, but first they sent me to Fort Hamilton Junior High School in Brooklyn for one week ~ At that age I had forgotten how crazy and hyper kids can be but managed to get through it somehow ~ I passed with good grades and lucky to get a Staten Island location as all new safety trainees were sent to other boroughs for their first assignment ~ It seems like the tables had turned and since Staten Island was low in new trainees luck was on my side ~

I was sent to a location in New Dorp, Staten Island at a New Dorp High School but later changed their name to Staten Island Tech High School ~ It was like a reception school for all new recruits ~ We all met our senior commander in chief and were waiting for our next and more permanent assignment when the man in charge yelled out, "Who lives on the South Shore?" I slowly raised my hand with no others doing the same and he said "Come with Me"

One day a School Safety Lieutenant Showed up at the school and said that it was necessary for me to now report to Mount Loretta on a permenant assignment and bases ~ I was not too happy with this assignment as I had become comfortable with this School and the Special Ed Students in attendance but the next day, off I went to the new School ~ I knew that the students at this school were more orphans than with parents and had less guidance so it was going to be a tougher assignment ~

The bell rang meaning that the students had to go to their other assigned classes ~ I too was headed to my new post and walked passed a classroom where the door was open ~ As I walked by I noticed that kid again that had another student in a headlock and he was doing it again with another student ~ From my recent Gym experience I decided to walk into the classroom with its opened door and noticed a teacher standing at her desk doing nothing with the kid in the headlock ~ I walked over to the student telling him at the same time to release the kid that he had in a headlock ~ He completely ignored what I said to him and kept the boy in a choke hold ~ I slowly walked over to him and started to pull his hands off of the other student when he turned and gave me a PUSH ~ I yelled out to him that a student does not PUSH a School Safety Officer ~ He than looked at me and grabbed me into a Bear Hug ~ I slowly tried to get him off of me without causing him any injury but was unable to get him to release me ~ I was thinking how do I get him off of me without doing him any harm when a Special Ed Assistant came into the classroom to help me get the student off of me ~ With the two of us this should be a Piece of Cake I thought to myself but the boy had tremendous strength and it was very difficult to get him to release me ~ Again slowly we both were able to bring him down to the ground without hurting him and he yelled at me that, "he was going to get me" ~ We told him after a few minutes that if he stopped struggling we would let him get up ~ We slowly walked him over to the hallway and faced him to the wall ~ With the thought in my mind that he was going to get me I decided to have him arrested by another Safety Officer ~ The NYPD Police were called in and they took him to the 123 Pct ~ An Ambulance came to the school and took me to the Hospital ~ They took my blood pressure and it was very very high ~

After this occurrence it was filling out forms, speaking to other assigned School Safety Officers and going to Court and Workmen Comp Hearings along with seeing Medical Doctors ~ I was out on disability for about 6 months with bruised ribs ~ When my ribs healed I was than told that I could return to work ~ Also upon returning to work I was told that the boy although being only 16 years old was the strongest student in the school as he was a weightlifter ~ I was also told that the young boy said that I had punched him but the teacher that was in the classroom was the witness that I needed and said that, that never happened ~

I'm Certainly glad that I stuck it out as like I said, "City Jobs are pretty Permanent and the Benefits are Great even after 10 years of active duty and than retirement " lol 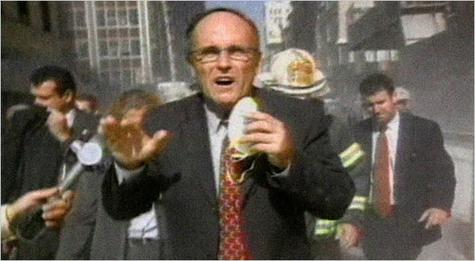 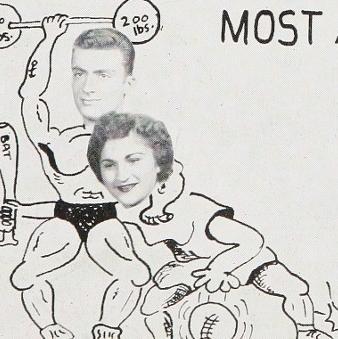 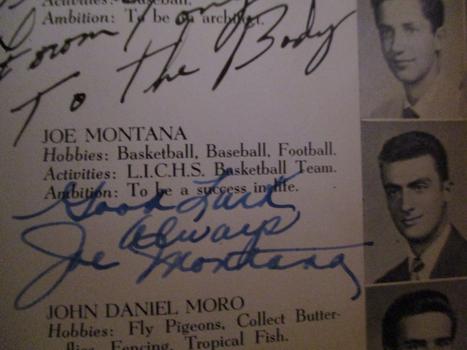 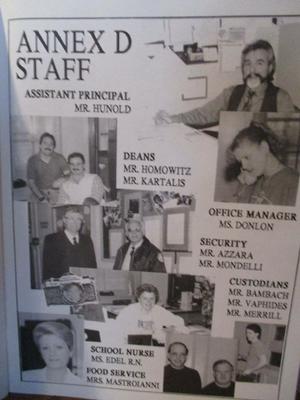 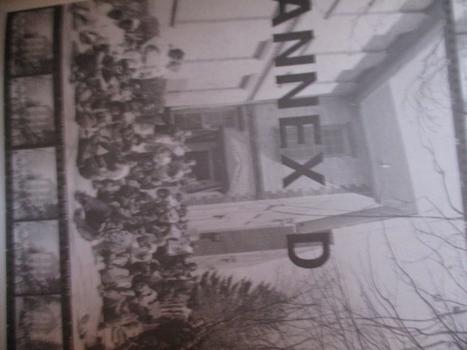 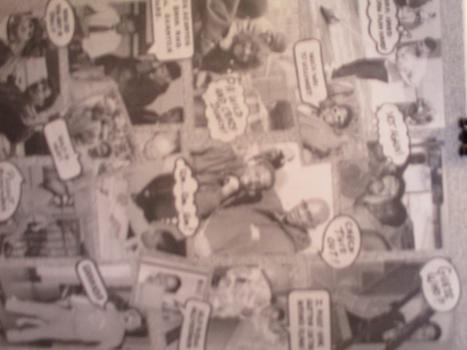 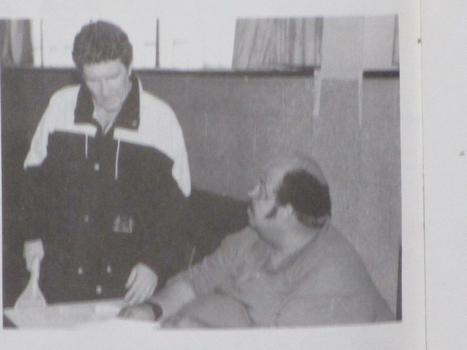 Mickey Burns at Mount Loretta before he would become the famous TV interviewer of celebrities like Joan Rivers , Ernest Borgnine and many others ~ 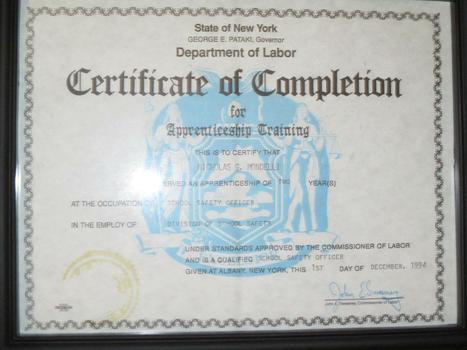 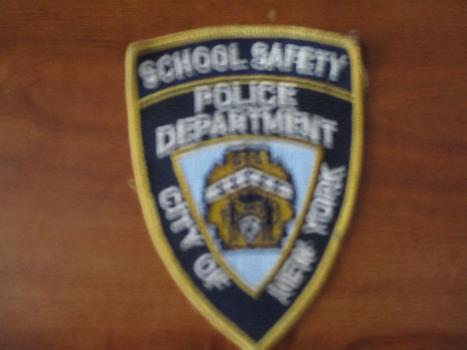 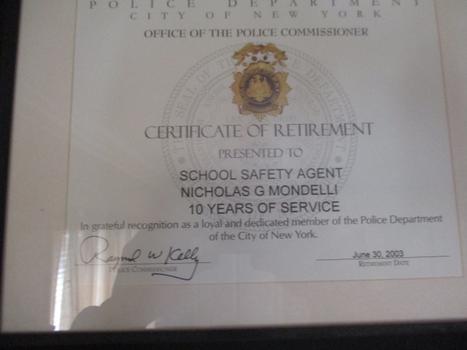 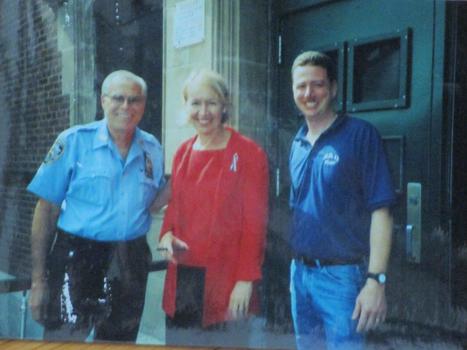 ~ Nick - School Safety Officer ~ Governor Pataki's Wife ~ Jimmy O'Keefe - Custodian ~ Yesterday on September 6, 2017 I bumped into a young man that worked with Jim O'Keefe at PS 11 and he advised me that Jim was now the custodian at PS 29 and one day I intend to go there and give him a copy of Chapter 58 as I am sure like anyone else he will be proud of his picture with former Governor Pataki's wife ~~ 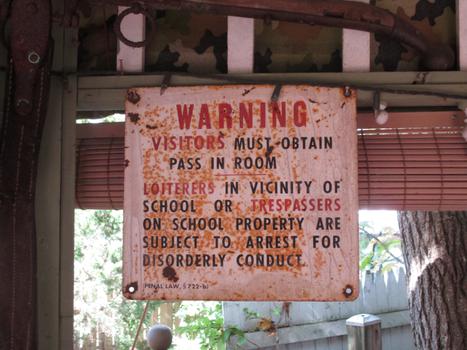 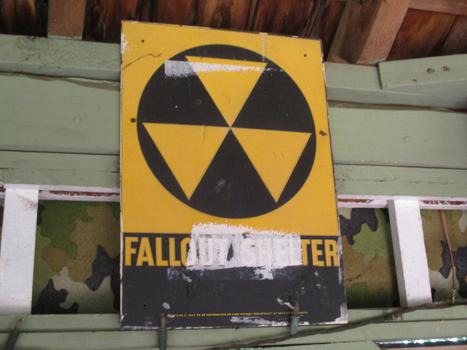 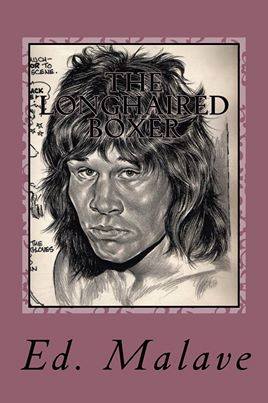 ~ Book written by Ed Malave who became a boxer, an actor and an author ~ At one time he too was a student at Mt. Loretta that did good and made a name for himself ~ I'm very proud of him ~ Courtesy of Ed. Malave ~ 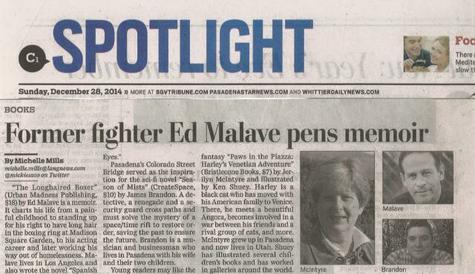 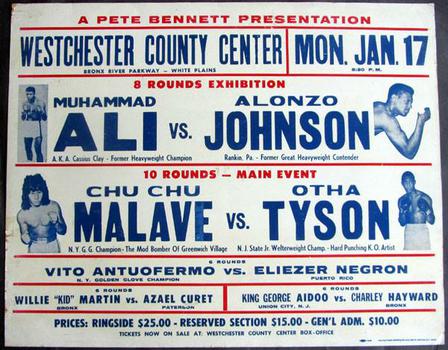 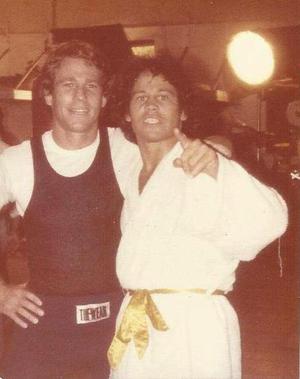 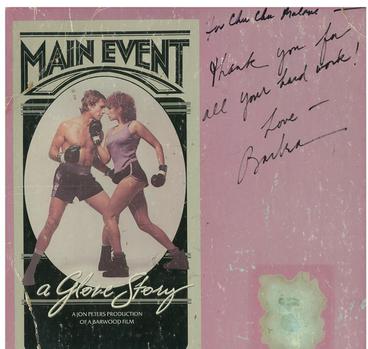 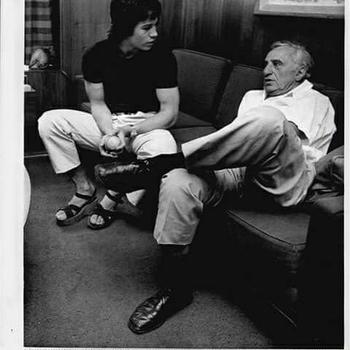 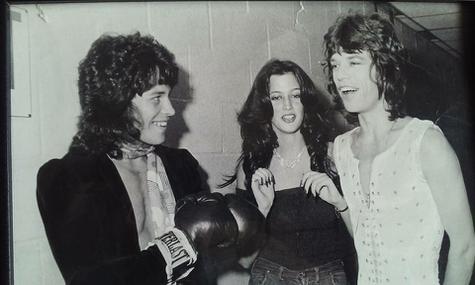 "Rock Around The Clock " ~ Trailer

~ I once worked with the New York Police Department until I retired in 2003 and for more of that story please click on this link ~ http://www.americantorque.com/page/0/3664/

Connie Asbury Evans - That was a great read, Nick...loved the photos and enjoyed seeing Ed Malave again too....folks that retire, Nick , are supposed to relax and put their feet up, not go after one of the toughest jobs in School..lol...thanks for the great chapter...

on Jun 10, 2017 Nick said: So that I have a memory of who I sent this chapter to I am going to keep the name and date of each recipient in this comment, but if any one wishes that I not mention their name in this area just let me know and it shall be removed without any hard feelings ~