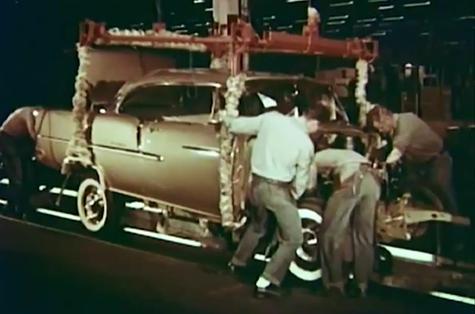 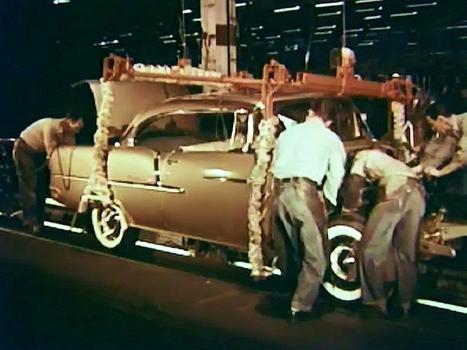 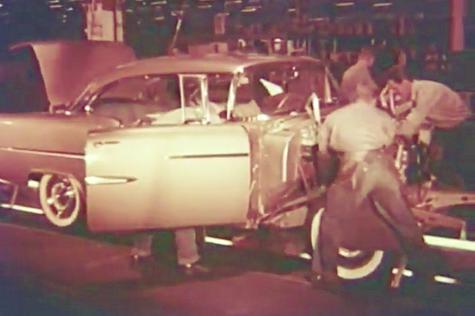 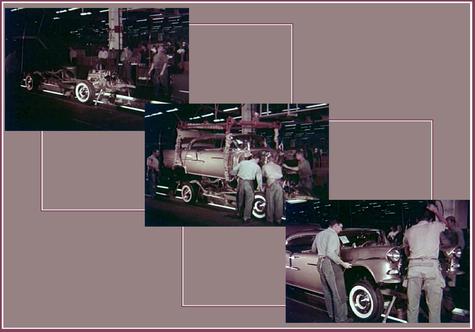 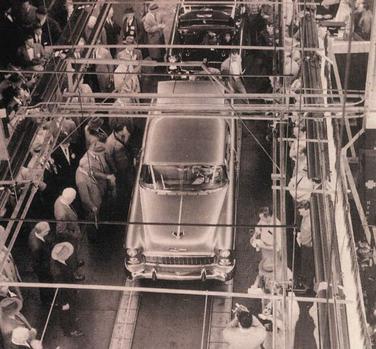 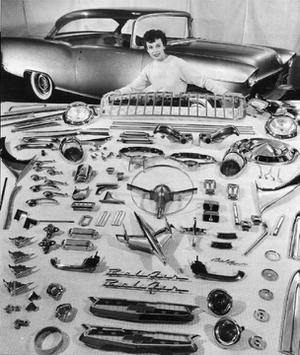 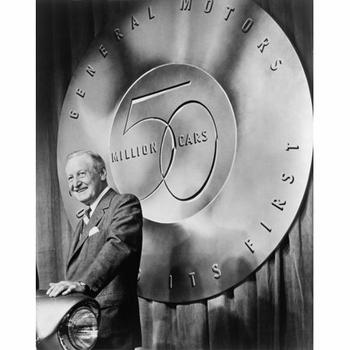 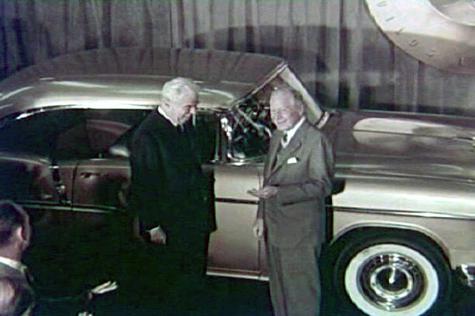 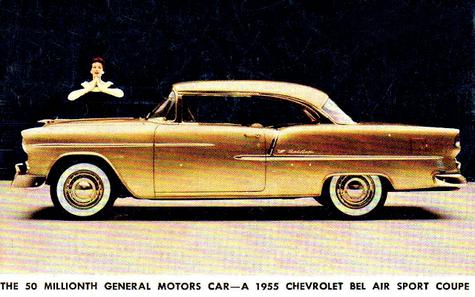 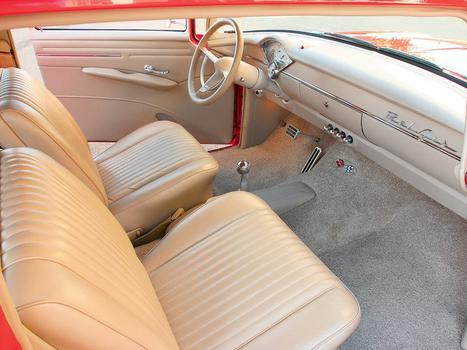 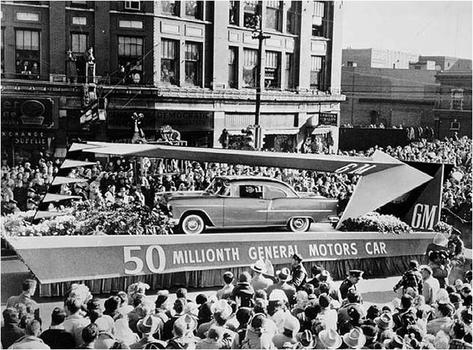 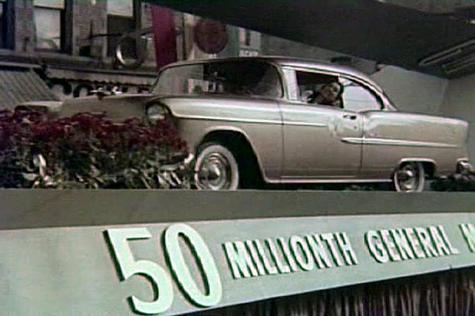 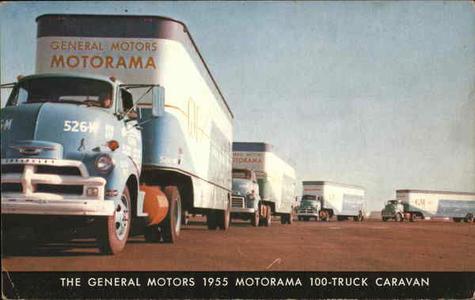 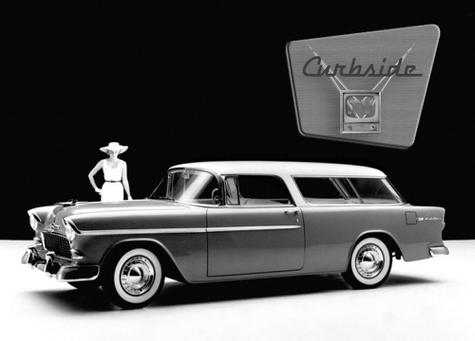 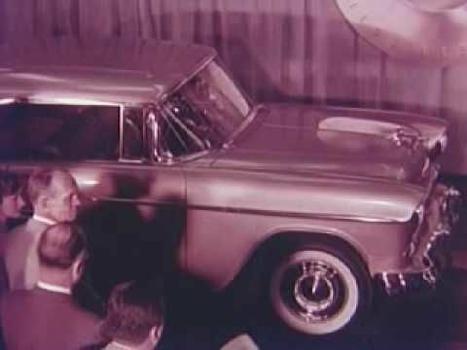 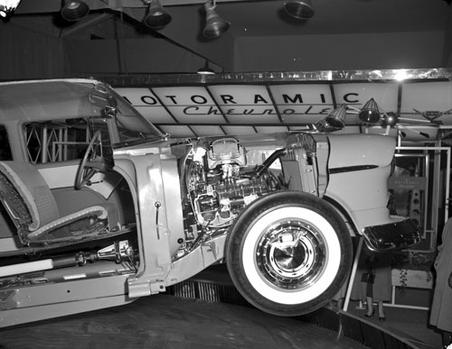 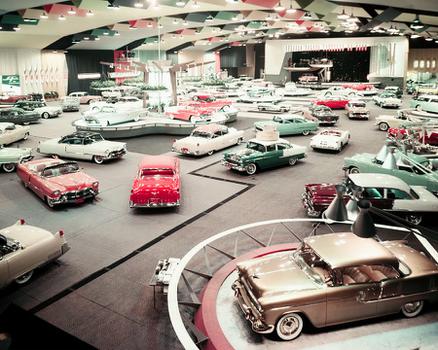 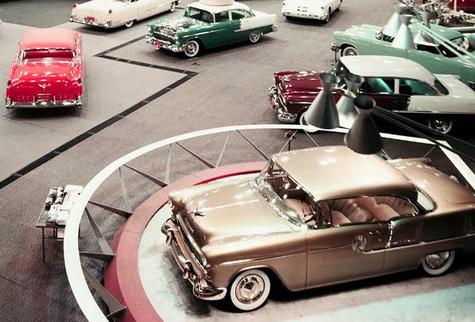 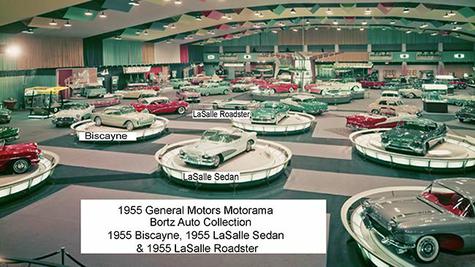 In honor of the occasion, the 50 millionth General Motors car was painted gold inside and out. It was fully equipped with a 265 cubic inch V-8 engine, powerglide, air conditioning, power brakes, power steering, power seats, electric windshield wipers and a signal seeking radio.

Mario, there you go again. Sharing some amazing car stuff with your fellow gear heads. I wonder what ever became of that special Chevy, does GM still own that beauty. Thanks for sharing. Cheers.

Thank you George. So much history that I don't want to lose and I enjoy sharing with my fellow gear heads. As far as the car it looks like it was unfortunately destroyed in a fire in NC a few years back. What a terrible loss. But we still have pictures to honor it. Mario

Sad to hear that the Golden 55 is no longer with us. Can you imagine what that car would be worth today if it was still around. I would be guessing a few million.

I'm sure you're right besides being one of a kind it was a 55 Chevy loaded with options and special paint! Such a loss to all of us. We need to take better care of our treasures. Take car, Mario.

Thank you for sharing this piece of automotive history. That certainly was a gorgeous car. I wish it was still around.

Hi Dave, lots of 55 Chevys around but too bad this one didn't make it. We have to take care of all our Classics because once they're gone they're gone forever! Mario

Speaking of taking care of all our classics. I wonder what the near future will bring, when you consider that todays young folks do not care for these classic vehicles. I am not going to worry to much about it because I have every intention of enjoying both my time machines until I am too old to drive. After that, well who knows. Cheers.

Take a look at some of my other Pages in here regarding car shows dating back over 10 years. And look at the people attending. Many young adults, teens, and pre-teens here on Long Island, NY. I believe our classic cars will continue long after us. I have taken my son and grandson to these car shows many times and they look forward to going. The enthusiasm at the shows is overwhelming! I hope it spreads all over and continues. Take care, Mario.

Mario, that is probably more so in the U.S. I live in southern Ontario in Canada and I go to car shows and cruise nights constantly. That is until this Covid 19 melt down. I put 4,000 miles a year on my 57 Pontiac and 1,000 miles a year on my 74 Chevy going to countless car shows. What I have observed at the shows that I go to, is that it is mostly a bunch of middle aged and older folks that are involved in the hobby. I see very few young folks enjoying our old cars. Most of my buddies that are my age (62) and older, say that their teen age and adult offspring do not care for old cars. If things are that different where you are, then you are very lucky. Cheers.

Yes it sounds like it is different here but there was always a car enthusiasm here. How was it in Canada in the past, was it exciting there when new cars came out and did that slow down. When the foreign cars arrived here mostly in the 80's and 90's the older classic cars picked up excitement and has continued with younger generations. But I'm glad to hear there are still car buffs like you and your friends to keep it alive. I know I will continue as long as I can breathe!

Mario, until this Covid-19 meltdown. Car shows and cruise nights in my area of southern Ontario kept growing every year. More events, more vintage cars and more folks showing up and enjoying it. The love for cars here in Canada, has never been any different than the U.S. and that is certainly the case with vintage iron. I have just found that in the last fifteen years or so, the amount of young folks at events is minor to just about nothing. Maybe the main reasons is because the hobby is very very expensive and younger folks have their own interests, like being on a cell phone and doing that social media stuff. I am glad I grew up when I did and I would not want to be a young person today. Actually truth be known, I would have preferred to have been of my parents generation. The "Greatest Generation" lived during the best of times. Cheers.

Hi George, Glad to hear there is a lot of enthusiasm for classic cars still where you are although not so much the younger crowd. I agree they are into their own thing here too. But I do see a lot of younger kids around 10 years old or so that are into it with their Moms and Dads. I guess that's what they call Gen Z and younger. My parents too were the Greatest Gen but they had it very hard with the shortages of WWII and the pain of loss of so many loved ones. They just got out of the decade of the depression when the war hit. That was a lot but those who survived made them tougher and stronger. I'm not sure what our generation the Baby Boomers have contributed other than not starting a nuclear war. But I guess that was good enough. Regards, Mario

The generations after us are more into their cell phones and that whole social media thing. As far as cars go, the few that are into cars, are into Jap cars "Rice Rockets". I kind of feel sorry for younger folks because they have missed so much. At the age of 62, I would have preferred to be of my parents generation. I am so thankful that I was a young person when I was and not today. Cheers.

I agree I am thankful for when I was born and not of this generation. I'm 73 years young, born in 1947, so I really remember the fifties and sixties. Life was simple then. Cheers to you, Mario