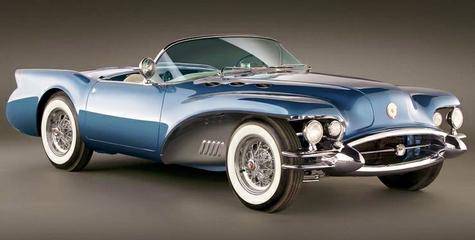 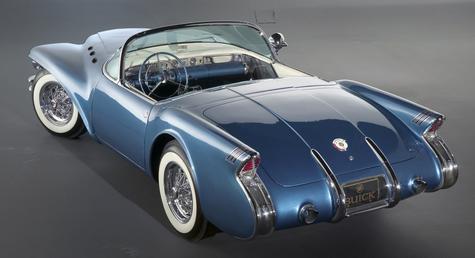 The car's original and current color scheme is Electric Blue; during part of its life, it was repainted in metallic platinum. 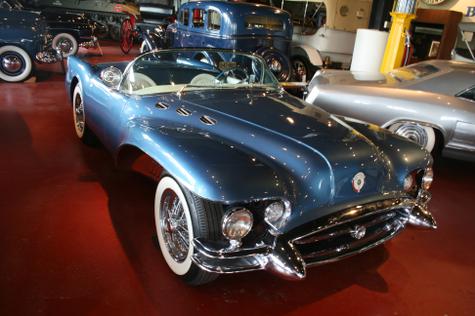 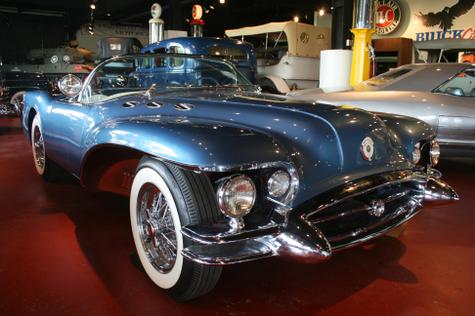 The flying wing front fenders and biplane bumpers had the look of a 1930s speedster. 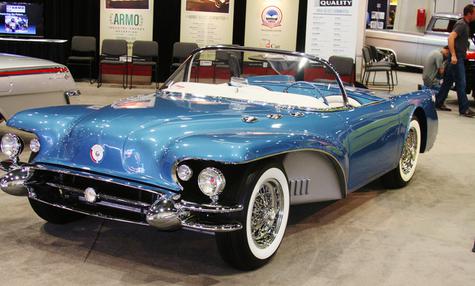 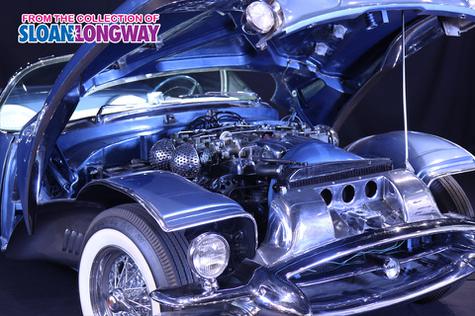 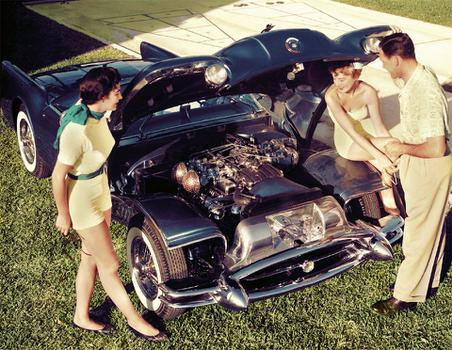 The car is powered by a 220 hp 322 ci V8 with the help of four side-draft carburetors and dual exhausts that protrude from the lower edge of the rear body panel. 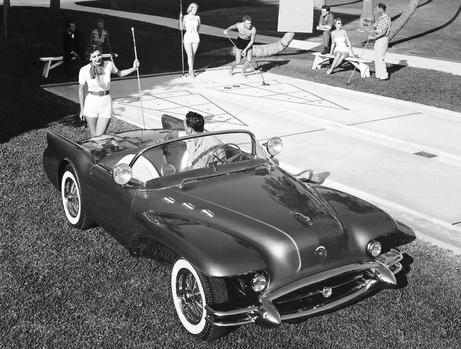 The Wildcat has a Dynaflow transmission, torque tube, and lever-type shock absorbers. Floating headlights mounted on the bumper were not originally on the car. But there were 2 spotlights. 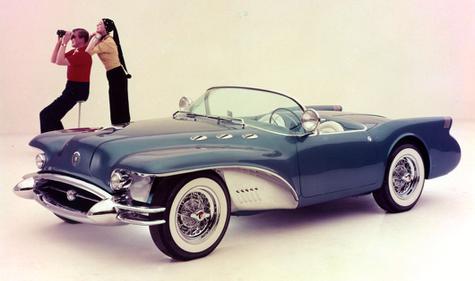 Instead of front fenders, a full-width clamshell hood covered the wheels when closed. “Floating” driving lights were later mounted on the chrome bumper. It sported chrome spoke wheels. 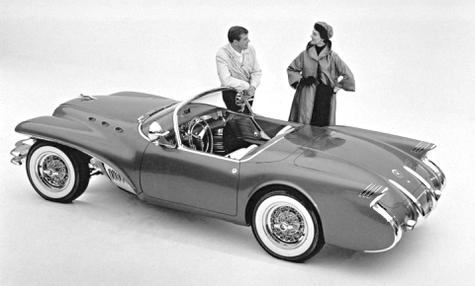 The Wildcat II’s design is based on the 1953 Chevy Corvette, including the cowl, windshield, and body design. 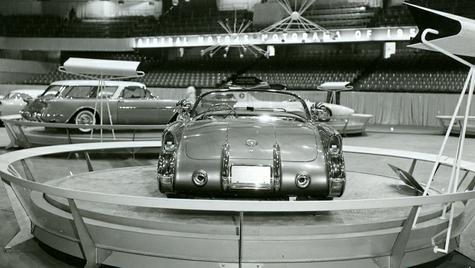 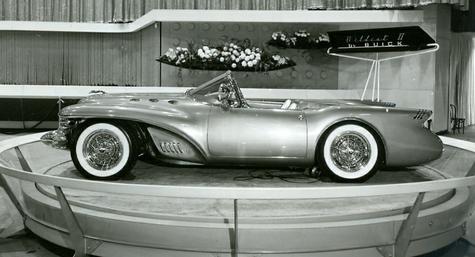 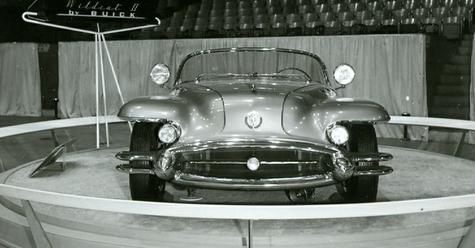 Other features include 'Dagmar' bumper guards, Ventiports, and twin swiveling headlights mounted alongside the Panoramic windscreen. 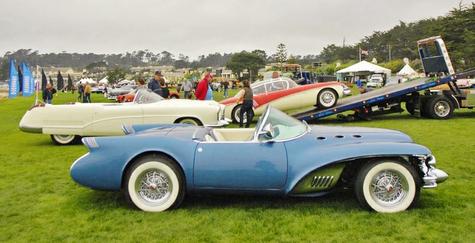 The Wildcat displays Buick‘s trademark porthole design uniquely placed on the top of the hood. 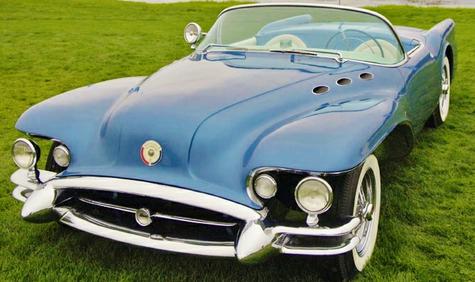 Originally billed as an American Adventure in Tomorrow's Design. 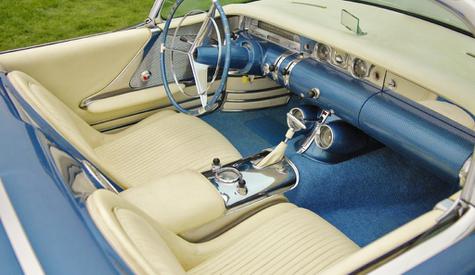 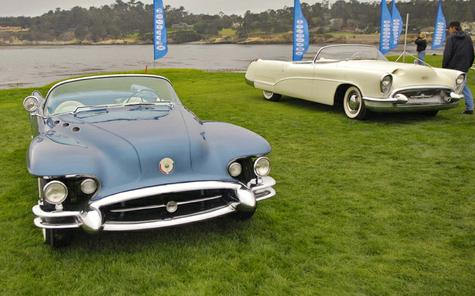 The Wildcat II continues to travel and evade the fate of the 1955 Wildcat III which was destroyed in a wrecking equipment test. 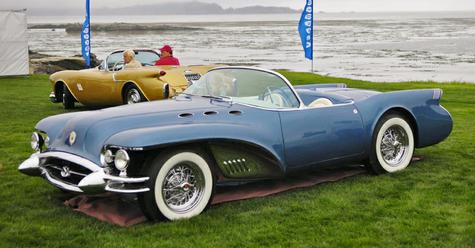 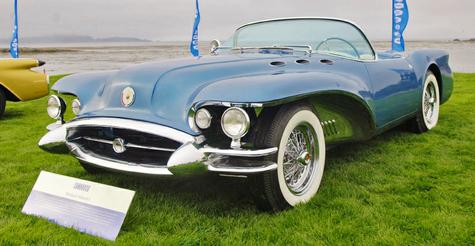 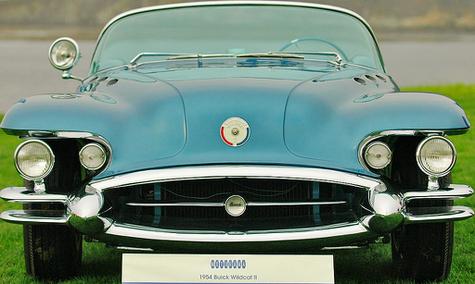 The Wildcat II has flying-wing fenders that flare straight out from the body, exposing the entire front wheel and part of the front-end suspension. 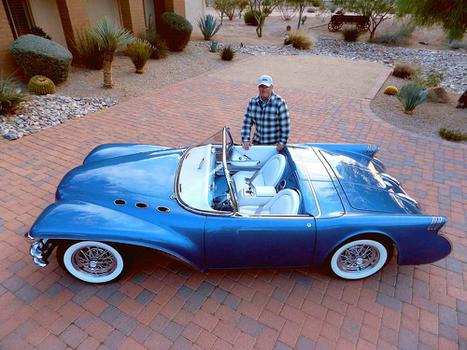 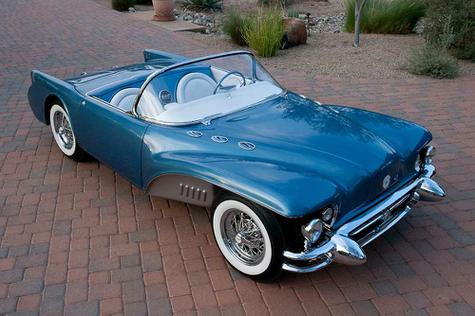 Creative Concepts in Mesa, AZ built the car’s body using a 1954 Corvette frame. Note no spotlights but it does have the Floating headlights on the bumper. 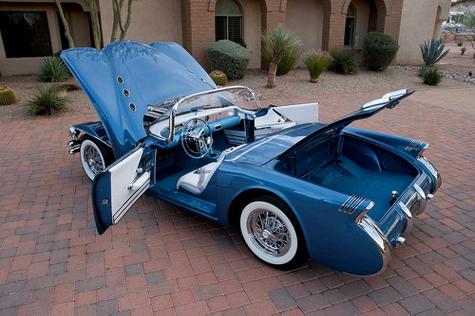 They were permitted to bring equipment into the Sloan’s Buick Gallery to digitize the original Wildcat II and get precise dimensions and form. 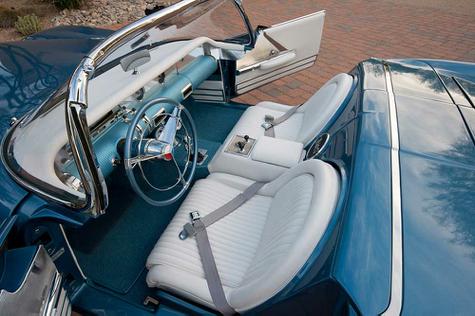 The transmission is an aluminum, T-10, Borg-Warner four-speed. 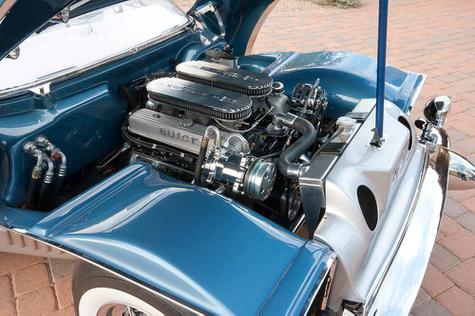 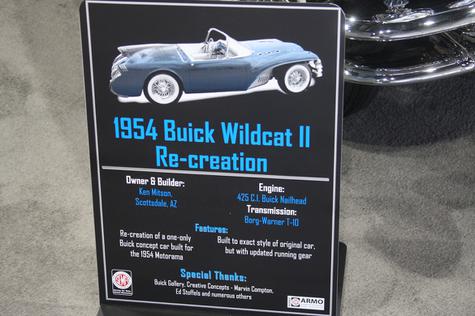 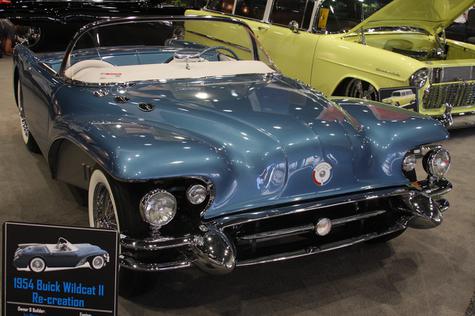 Buick's 1954 Wildcat II was an upscale Corvette at the time. Very unique, sporty, and fast.

This was another Harley Earl GM studios attempt at a modern sporty Concept Car.

Due to the slow sales of the 53 and 54 Corvette the Wildcat II project was halted.

But it survives today at the Sloan Museum in MI.

A second Wildcat II car was built and owned privately by Ken Mitson from Phoenix, AZ. His replica has a modern Buick V8 with all new updates.

When I first saw the open wheel wells on the front I went uh oh......but then I see how they are made to swoop like the Speedster.

And the port holes look totally at home on the hood.

We have a winner also in that color...man that pops like a good bottle of champagne.

Looks like the Corvette had a lot of influence over the entire GM styling group.

The clamshell hood is incredible knowing it was developed back in 1954. The video showing how it takes 2 people to open is fun to watch.

Another Corvette inspired concept car by GM. This one flows nicely from front to rear. A classic beauty!

To think this car so inspired Ken Mitson that he duplicated his own Buick Wildcat by having the original car digitized so he can build his own!

Both survive today and are a tribute to the technology of 1954 and present day.

If memory serves me this car was on the cover of Popular Mechanics magazine back in '54. amazing car

That's some memory you have there! Love to see the cover. Regards, Mario