WEAR A MASK... IT'S LOVE BUG SEASON IN FLORIDA 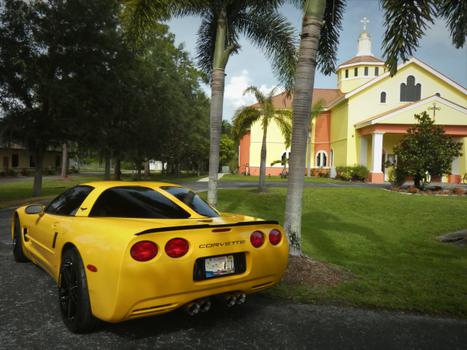 Another lovely day in sunny Florida and so, we went for a spin and found this stunning backdrop. 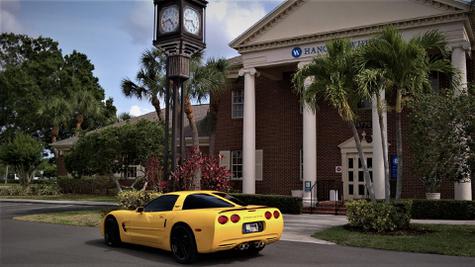 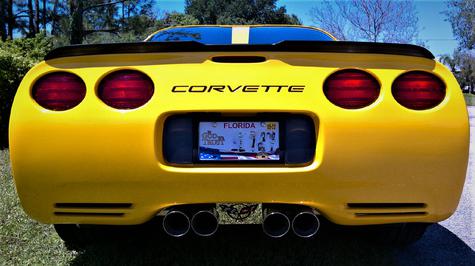 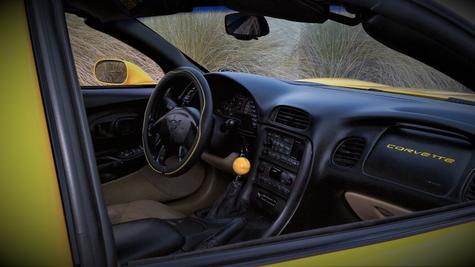 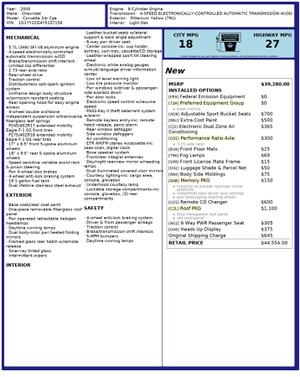 Corvette didn't always call Kentucky home, however, in 1953 the first 300 were built by hand in Flint, Michigan, just after General Motors unveiled the Corvette as a ""dream car"" in the Motorama show in New York's Waldorf Astoria hotel. The following year, production moved to St. Louis. In June of 1981, Corvette production transferred from St. Louis to Bowling Green, Kentucky. GM began production of the esteemed Corvette in Bowling Green in 1981, and the facility has remained the exclusive home of the Corvette for over 30 years. Known around the world as America's sports car, the Corvette exemplifies the definition of innovation.

An American legend, the Chevrolet Corvette is the world’s longest-running continuously produced passenger car, having been built in its various iterations since its humble beginnings in 1953. After a starring role in early 60s television drama Route 66, the Corvette became synonymous with freedom and adventure and became widely known as 'America’s Sports Car'. A genius but unofficial marketing move with NASA’s astronauts by a Florida based Chevrolet dealer, offering them “special” lease terms to be seen driving Corvettes, ensured that even America’s space heroes drove Corvettes.

Whilst American car makers faced very dark times during the 1970s and 80s, under pressure from European and Japanese imports as well as increasingly hard emissions and safety regulations, the Corvette was a rare shining light that kept the American dream going. Although similar cars like the Camaro were meeting their downfall, the Corvette braved the storm and emerged on the other side as an American icon.

The venerable C5 (1997-2004) was the first modern Corvette to challenge the world’s best sports cars on truly level ground, the first Corvette to take a class victory at Le Mans, and the last Corvette to feature those oh-so-cool hidden headlamps. But the fifth-gen Vette came very close to not existing at all. According to Russ McLean, platform manager for the model, General Motors management made the decision to “sunset” America’s most iconic sports car in the Nineties. McLean and a group of rebels ignored the decision and continued development of the Corvette, much of it off the books and on their own time.

Eventually, the big wigs came back around to the idea of building the C5. Celebrated as world-class upon its debut, it would go on to win everywhere from the SCCA Solo Nationals in Topeka to the Mulsanne straight in France. Now caught in that uncomfortable middle ground between new-car smell and classic-car kudos, the C5 is arguably the greatest performance bargain on the market. It can still cut the mustard on a road course, at the drag strip, or at a Saturday night cruise-in. 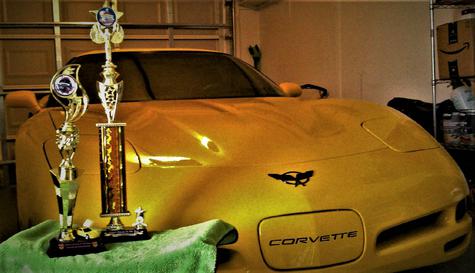 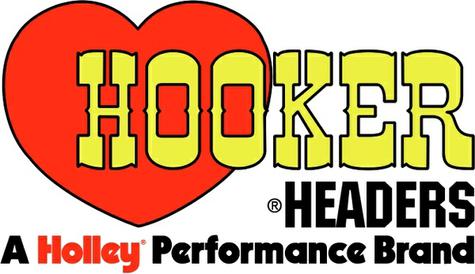 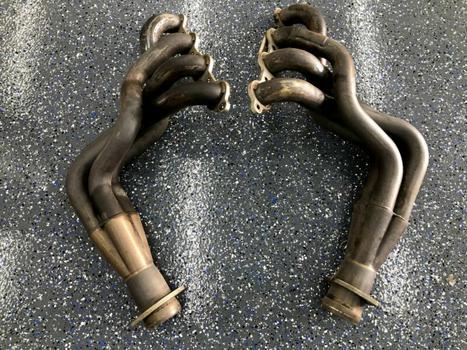 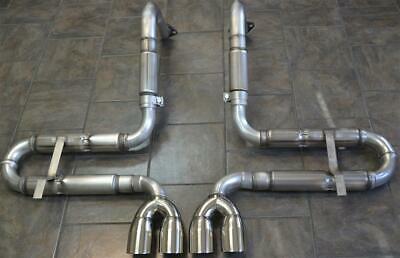 My new HighFlo Performance / Sweet Thunder Exhaust waiting to be installed (see new video below). It took me a while to find exactly what I wanted and trust me, this setup is awesome. https://highfloperformance.com/ 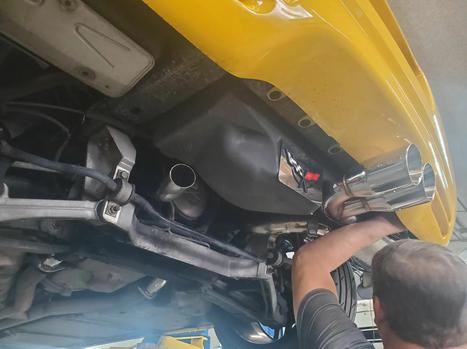 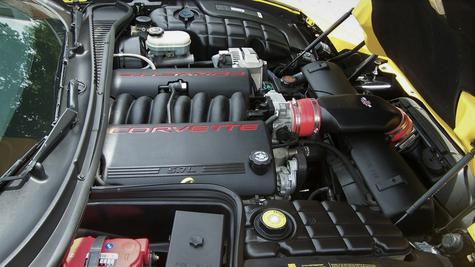 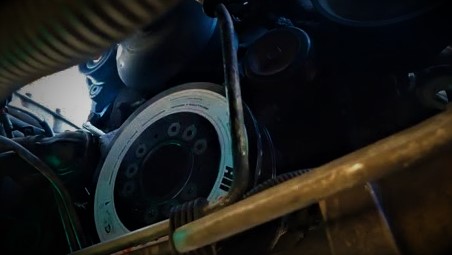 PREVENTATIVE MAINTENANCE: 03/22/2022 New ATI Harmonic Balancer installed. I thought about doing this job myself. However, thanks to YouTube, I decided it was too much of a job for me. I'm thankful I didn't try it on my own. It's a big job. (see Important Advice Video below if you own a C5 or C6) 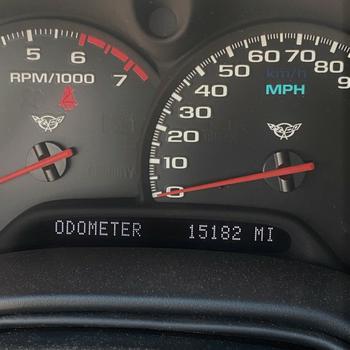 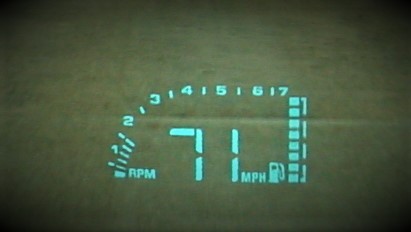 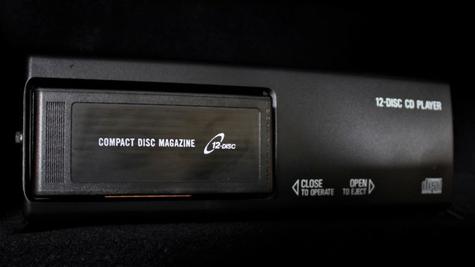 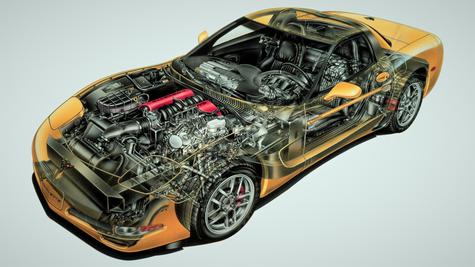 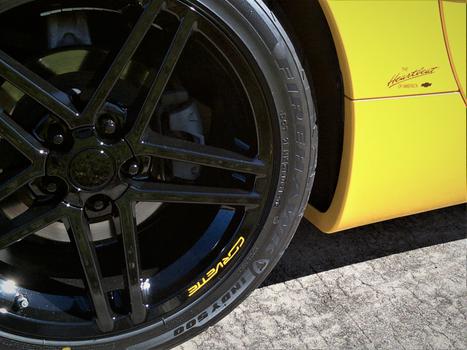 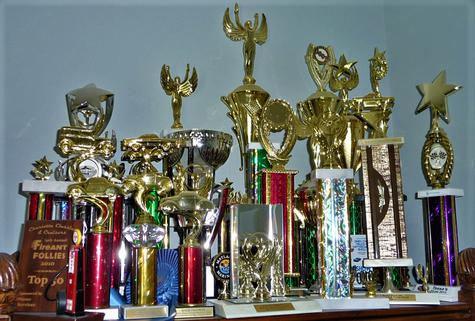 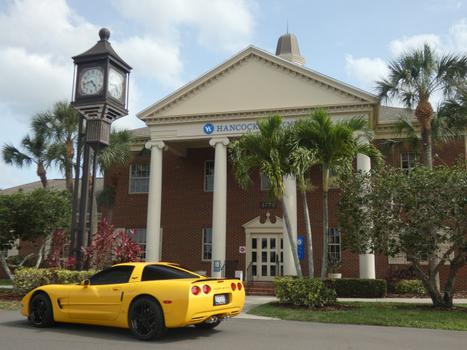 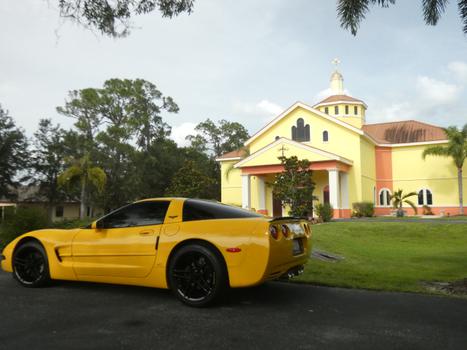 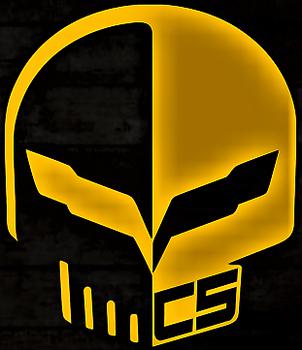 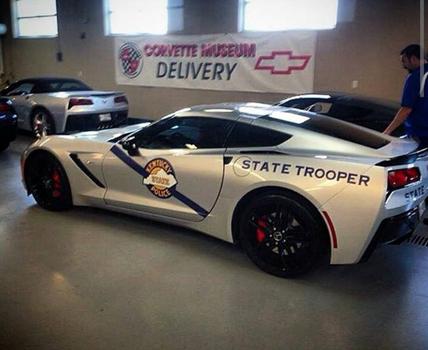 KENTUCKY STATE POLICE PURSUIT CRUISER / Bowling Green, KY is a special place where special cars are built. Every Corvette enthusiast should visit there at least once. Even the KSP gets in on the fun from time to time as their C7 Corvette Pursuit Cruiser will attest. HINT: Watch your speed when you visit Bowling Green. 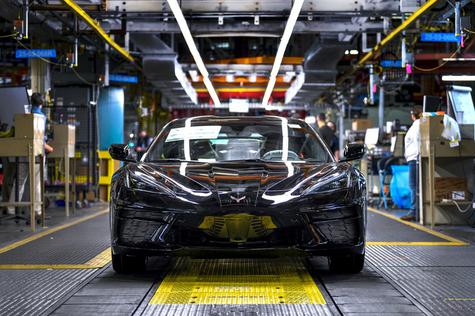 CORVETTE PLANT TOURS RESUME! Tours will go on sale to the public on Tuesday, November 1, 2022. National Corvette Museum members qualify for early booking access, beginning on Tuesday, October 25, 2022. Tour scheduling will take place at the time of purchase with public tours expected to resume before the end of the year. The Bowling Green Assembly Plant in Bowling Green, Kentucky, has been the home of the Corvette since 1981. In 2017, the plant underwent major renovations and has since been closed to public tours. If you've never toured the plant, trust me, it's worth the trip. My first visit was way back in 1984 and I've been on the tour again in 1991 and 2000. 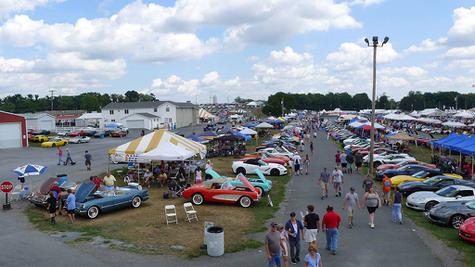 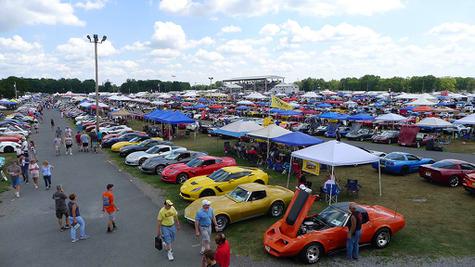 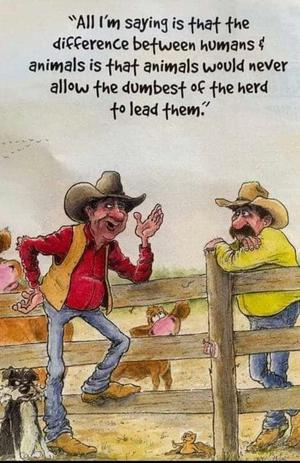 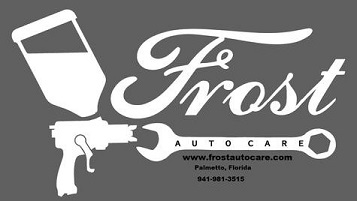 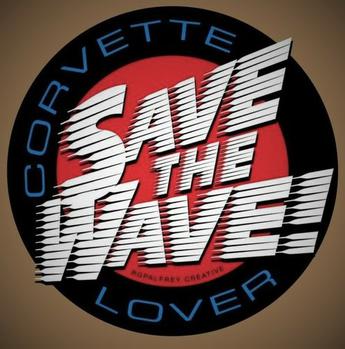 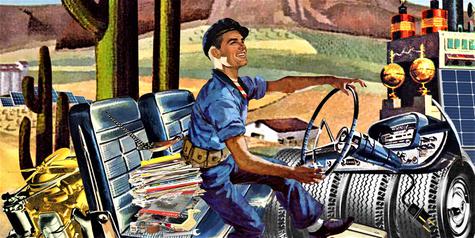 In a World Stuffed With Obligations, Conflict, and Chaos, Cars Are a Divine Distraction

Thanks for driving by. If you enjoyed the show, please leave a "THUMBS UP" and come back soon. I frequently update with new pics and info. Keep your eyes on the road, your hands on the wheel, and stay safe.

Hey Dave! I see “Black Betty” parked next to you!! I finally posted her to this website…Thanks for telling me about it…

WELCOME ABOARD !!! It's always good to see "Black Betty" parked alongside the "Yellow Submarine".

lOVE THE CHI-LITES VIDEO.....AND I KNOW IT'S NOT BECAUSE THEY ARE WEARING CANARY SUITS IS IT????

I BET YOU EVEN LOVED TWEETY BIRD ..

The Chi Lites are my favorite Motown group. And yes, I do love yellow..tweet tweet. I got the new exhaust installed today and I must say it's absolutely awesome. I'm jazzed about it... Getting some engine mods next. Take care, my friend.

i CHOSE THE fOUR TOPS AS MINE. SADLY WE ARE LOSING OUR MUSIC HEROS DAY BY DAY. I LOVE THE PBS SPECIALS BY T J LUBINSKY.

This is Dave's ENTERTAINMENT CHANNEL.

Now that earworm is making me hum the song...and rock my head back and forth.

Thanks for the shout-out old pal. I try to keep my page updated weekly with interesting info and nostalgia. Enjoy !!!

By the way I like how you turned your 2000 Vette into a 1963 Split Window! It looks really sharp! Cheers!

LOL !!! It's definitely not a '63. Actually, I saw an aftermarket version of this mod and I decided to embellish it. I like the look, but more than that, I like that it makes it easier to tint that rear glass which is notoriously difficult. A lot of tinters won't even attempt it. This mod enables the tinter to apply the tint in two pieces without it showing up. BTW: Thanks for the compliment.

I didn't even know they made this aftermarket piece.

I CANNOT find any one who will tint that back window. And considering it is fixed, and not on a hatch, imagine lying on your back for how long trying to get that tint to cooperate.

With a weak A/C and no tint, that Pace Car would not be a pleasant ride in the AZ summer.

Keep up with the surprises Dave......thanks. AZ

Thumbs up Dave! Great backdrop with your Vette.

Thank you, Mario. I feature Lyle's videos because he is a personal friend and my go-to guy anytime I need Corvette advice or mechanic work. I don't turn wrenches anymore.

Thumbs Up on your videos!

Hey Thumbs Up on your Labor Day 'toon Dave!!! And have a Happy Labor Day too! Mario

Good news seeing the Bowling Green Plant Tour opening again. I enjoyed my tour. I was through back in 95 and it was fun trying to pickup out the ZR1s on the line. The last year for those monsters.

And I miss living in Carlisle around this time of the year as I could ride my bike to the fairgrounds and spend hours roaming the acres of Corvettes. The Car Corral was always my favorite trying to score a bargain.

I'd even wait outside the gate hoping a could score a drop dead deal as the Corvettes left.

But that never happened. Sadly the event on Sunday was pretty much just a fraction of the whole show as owners and vendors packed up Saturday night and headed for home.

The Corvette Parade was always a sight to behold.

I had a yellow 77 El Camino and noticed how the yellow just attracted Lady Bugs. I was at a show and my car had a whole bunch of lady bugs on it when the judges came around.

I know cars attract ladies but I don't think this is the same thing. Take care during the upcoming Hurricane Season.

When I saw your car with it's mask, I thought Fauci had ordered another mask mandate this time for cars.

HURRICANE WARNING / Looks like we're gonna get hit with a big blow here in my neck of the woods on Wednesday, 09/28/2022. We recently moved from the Sarasota area to Weeki Wachee which happens to be at the center of Ian's projected landfall. I received a note from our insurance agent that our insurance company will reimburse us for travel expenses if my wife and I are in a mandatory evacuation zone. So far, that hasn't happened. We're praying that it doesn't come to that.

That's great Dave getting the insurance co to pay for travel expenses! I hope and pray you and your family will be all right with Ian coming up.

I have family and friends in Fort Meyers, Sarasota and Bradenton and they're buckling down. Hurricane window guards are up.

You're a riot Rob, mask mandate for cars??? LOL

Amen on the prayers Dave. I have wanted to love in a place called Indiatlantic on the east coast south of Cape Canaveral. I have a friend who lives there and he said they rarely if ever get hurricanes there. I'm going to visit Indiatlantic come Dec to see him and another friend and visit the area.

Prayers and best wishes for you and your families safety.

I will say this, your insurance company offering to pay for moving costs, is an answered prayer in itself. Keep in touch best you can when you can.

Amazing hurricane video you posted Dave. I hope you did all right. It was a fierce Cat 4 storm! Regards, Mario

We were fortunate...very fortunate. We sold our home in Sarasota and moved to Weeki Wachee 6 weeks ago. Initially it appeared that the storm was headed right for us, but it turned eastward before it reached our location. We suffered absolutely no damage as our home is located on high ground. Literally tens of thousands were not so fortunate as we. SEE THE NEW VIDEO ABOVE.

You were very Lucky indeed Dave moving when you did. Thank God you and your family are all right.

The second video is outrageous! Those Storm Chasers take huge risks in filming storms. Let's hope that's it for this year!

Praise the Lord....so far all my friends and family have escaped any serious damage or injuries. Good to hear you are one of them Dave.

Thank you, my friend. Please remember to pray for those who lost everything they owned. Thousands of retirees on fixed incomes with no insurance.

You are so right, we sometimes forget just HOW MUCH we are blessed when compared to others.