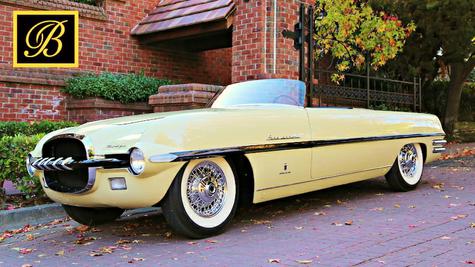 The 1954 Dodge Firearrow II is a 2-seat Yellow convertible ... complete with chassis and a 241ci Dodge HEMI V-8 under the hood. 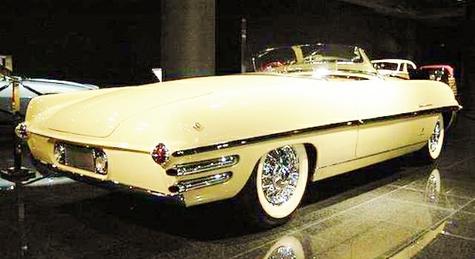 Mounted on a stock 119-inch Dodge Royal wheelbase, it is powered by a 150-horsepower Royal V-8 with Gyro-Torque Drive. 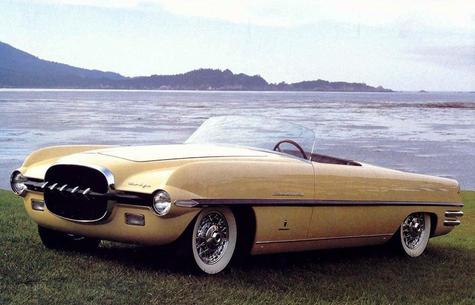 Its basic shape was unchanged from the Firearrow I, quad headlights disappeared, replaced by single lamps faired into pods at the front end, breaking up the full-perimeter. 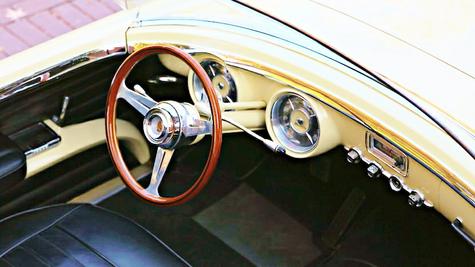 The dash contains full instrumentation, including tachometer, plus toggle lever controls and an aluminum spoked steering wheel with a wooden rim. 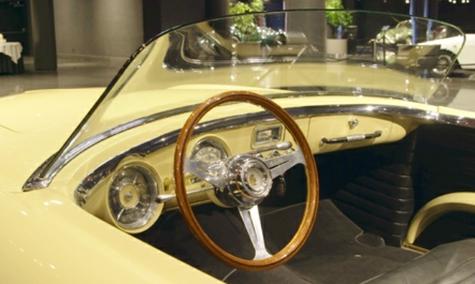 It has a huge, one-piece, tempered glass windshield sunk into a deep slot. 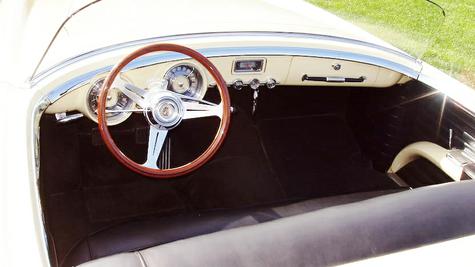 The glass you see is only the tip of this glacial mass. There are 14 inches showing above the cowl and 24 inches sunk into the deep slot. 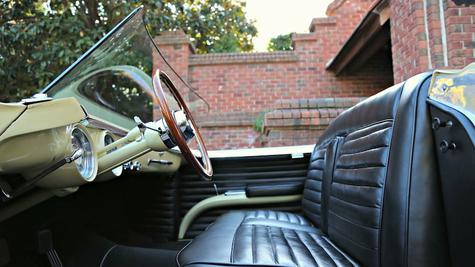 Black leather adorns the interior. The doors are similarly upholstered, and because of their deep curves they allow generous armrests which give a pronounced recessed effect. 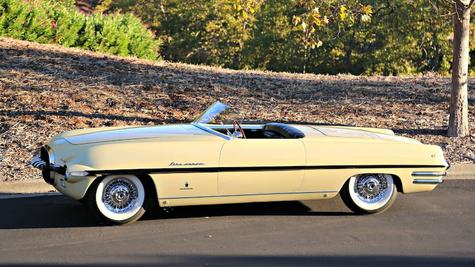 The grille and taillights are restyled from the Firearrow I and it has beautiful chrome wire wheels with wide whitewall tires. 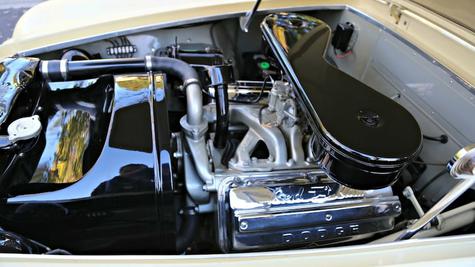 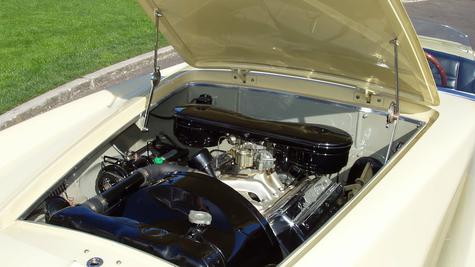 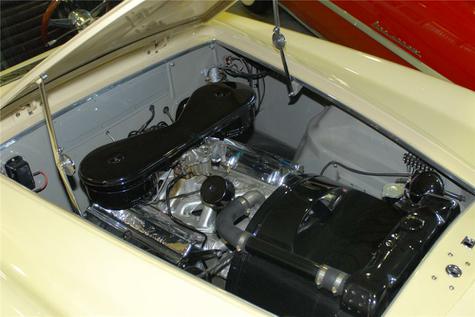 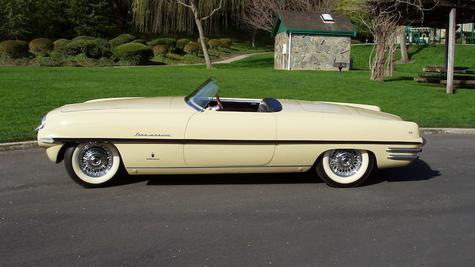 There are no door handles, no rear view mirrors, no side windows and no top. A true 2 seater Roadster. 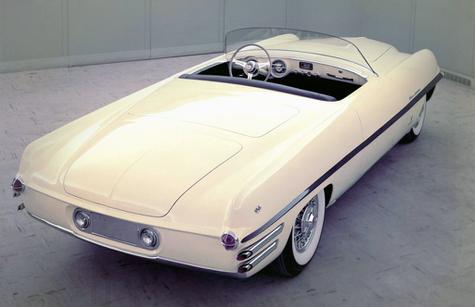 Doors are opened by pressing a flat metal release bar at the top inner molding or, from the inside, by pulling a knob that extends into the painted armrest support. 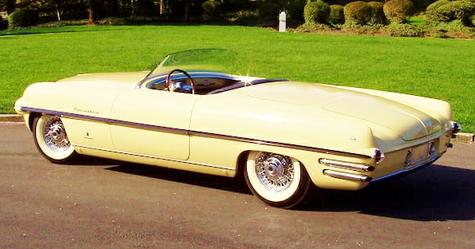 The Firearrow II is painted pale yellow with a black central bar through the grille and black bodyside molding with a black interior. 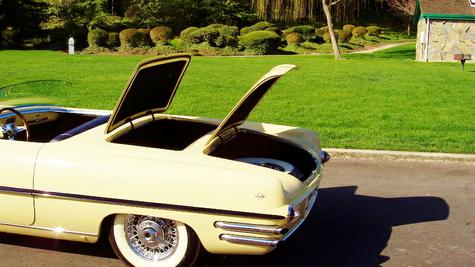 There are two rear deck hatches, one to hold luggage, another for the spare tire and fuel filler. 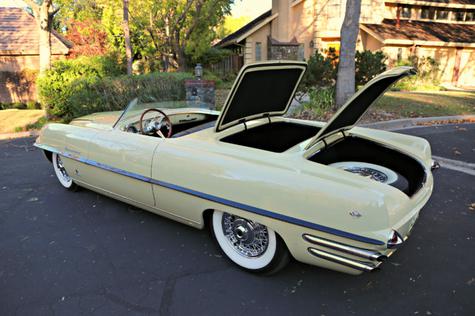 Each hatch is counter-balanced and spring-loaded to pop open when levers are pulled inside the driver's door. 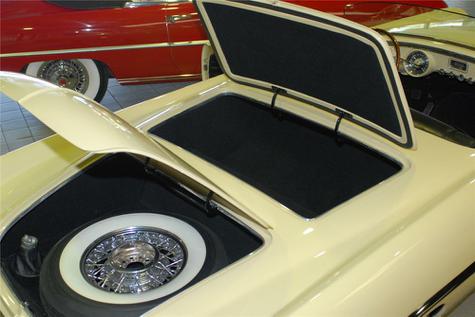 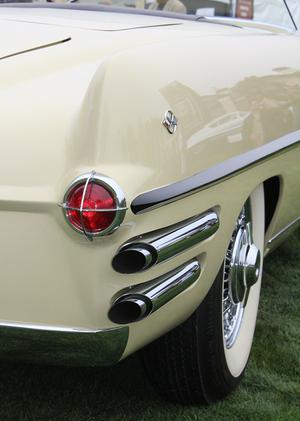 Quad chrome side exhaust pipes similar to the Firearrow I. 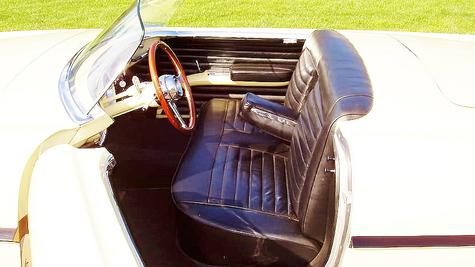 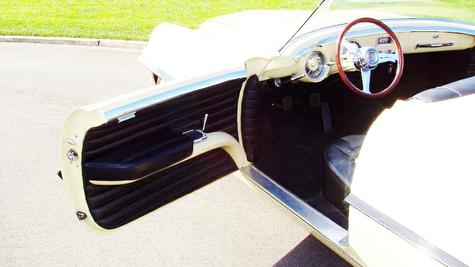 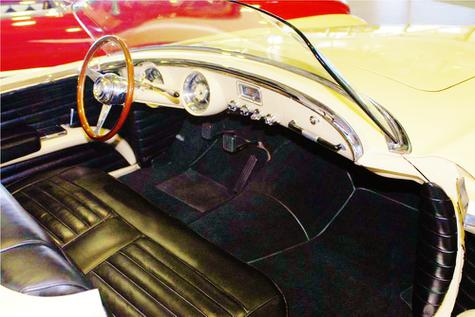 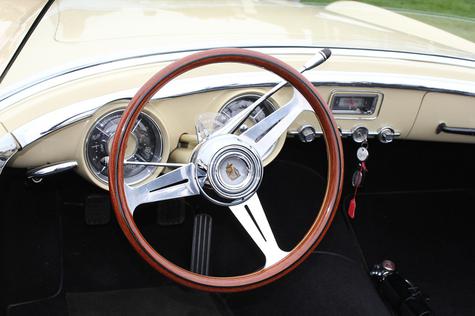 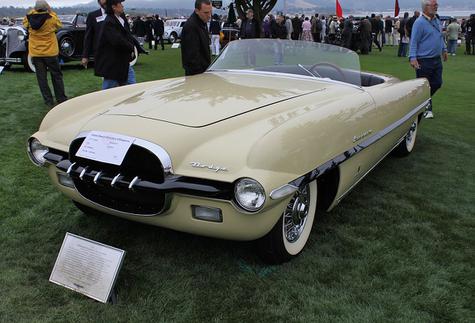 The Dodge Firearrow II was shown at many of the major U.S. auto shows in 1954. 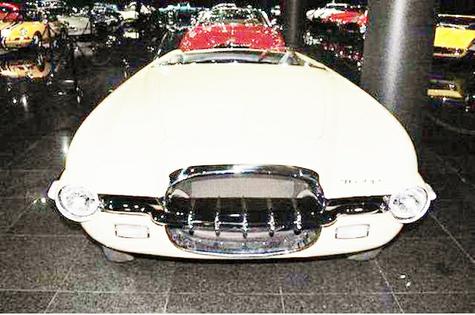 It has an aggressive grill horizontally bisected by an uninterrupted bumper. A 'toothy' look is achieved by five vertical design elements on the bumper. 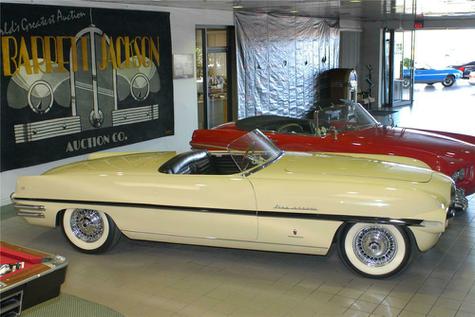 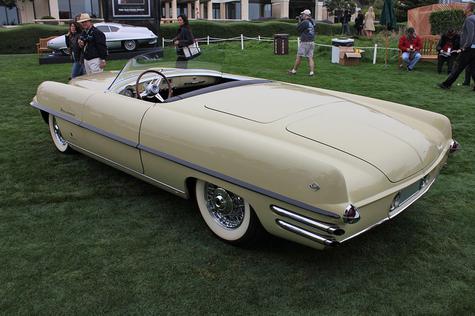 This car is a running, fully driving road car based on the mock-up of the first concept car, the Dodge Firearrow I. 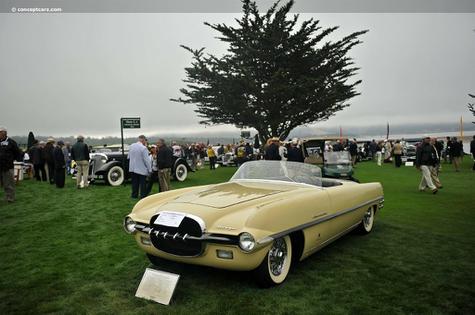 There were only four cars made; the first being the mock-up, the second (this car) an operational car; the third car was a coupe and the fourth was a production ready car. 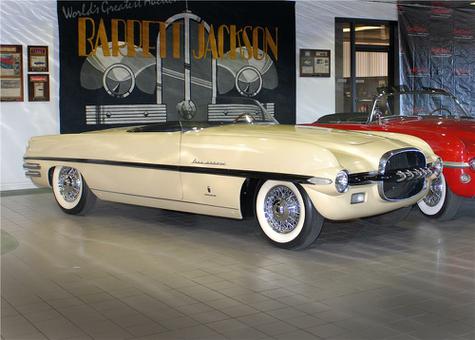 The 1954 Dodge Firearrow II unlike the Firearrow I was an actual drive able concept car. It has many of the characteristics of the Firearrow I with the Hemi engine and advanced styling for 1954. Another 2 seater that never went into production but a big hit at the car shows for Chrysler.

Obviously the most homely of the three concept cars.