The 1961 Chrysler Turboflite show car looked like it was out of a Buck Rogers movie.

The 1961 Chrysler Turboflite was the last prototype design of Virgil Exner’s tenure as Vice President of Styling.

The 1961 Turboflite was designed and constructed for Chrysler by the coachbuilding firm of Ghia of Turin, Italy.

The glass canopy styling feature was one of the major design themes that attracted consumers.

The glass canopy, including the windshield, would automatically raise when the doors would open.

The side windows were hinged at the roof and the outboard headlamps tucked underneath the leading edge of the fenders when not in use. 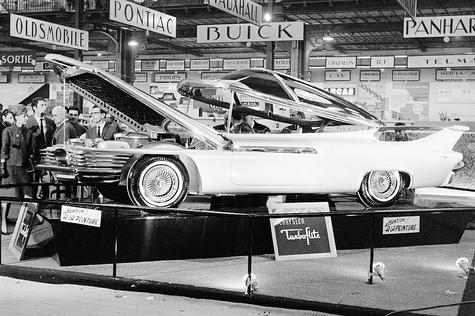 Some auto historians say it was a radical two-door coupe design with a retractable flight cockpit style roof canopy. 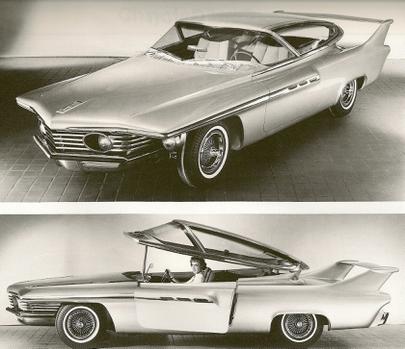 Entrance-wise, the entire cockpit above the beltline lifted to admit passengers.

A gas turbine provides no engine braking so an air brake was supported by the two sweeping tail fins.

The tailfin design was developed for highway speed. Mounted between the fins was a deceleration flap which flipped into position under braking to provide additional deceleration. 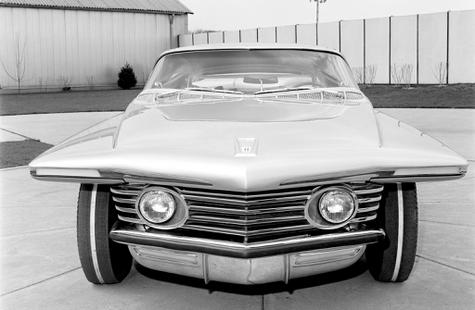 Note the distinctive tires with white stripes in the tread as well as in the sidewall. 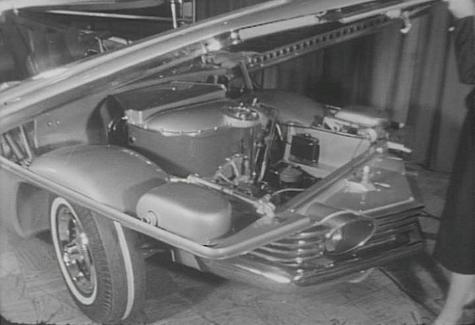 The Turboflite show car was powered by Chrysler’s third generation C2A turbine engine generating 140 hp and weighing half as much as a conventional internal combustion V-8 engine. 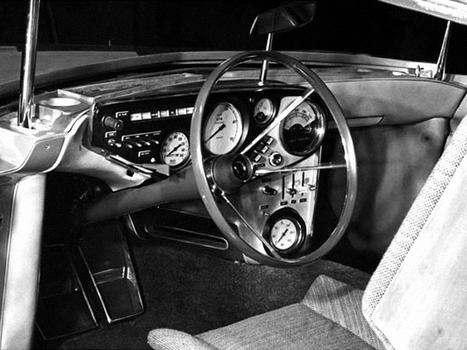 The car had a cockpit aircraft themed seat design, an instrument panel with a large tach and a pyrometer for measuring intake exhaust gas temps. 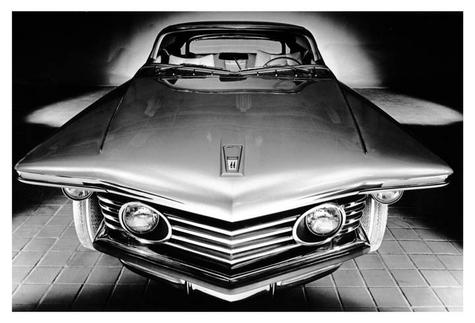 Its frontal area was reduced to cut drag, and to improve airflow even further the headlights were retractable. 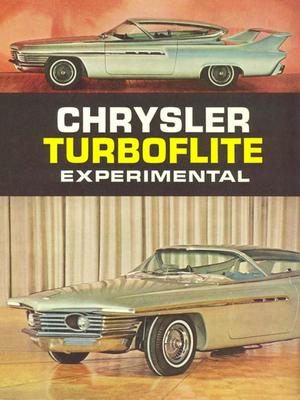 Designed for cruising the superhighways of the future, unfortunately the 1961 Turboflite was crushed many years ago. 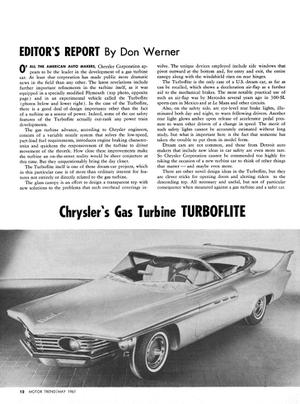 The 1961 Chrysler Turboflite end of an Era by Virgil Exner.

Introduction of the Turboflite, Rare silent footage of Virgil Exner

The 1961 Chrysler Turboflite was one of a series of Chrysler Turbo engine Concept Cars. This one was Virgil Exners last concept car.

It's a very strange looking "Buck Rogers" car even by today's standards but all in all a bit of History in the world of Future Cars.

OUCH, MY EYES MARIO......I can't figure out where the car starts and the spaceship takes over.... or vice versa.......this car belongs in ROSWELL.

This was Chrysler's Virgil Exner's last Concept car and I can see why. It was crushed decades ago but the pictures survived. To think that top executives at Chrysler actually put money into this project is amazing! Somethings are best not saving.