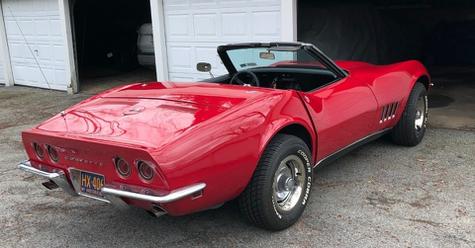 Top down and ready to go. 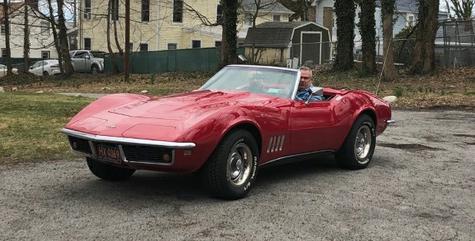 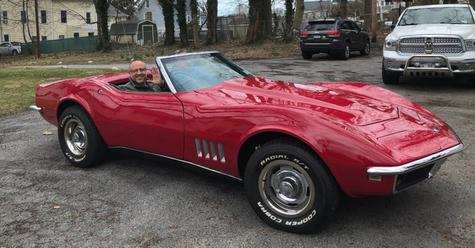 Back from his ride, the smile says it all. 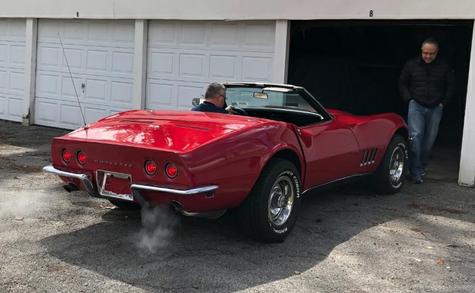 Listening to the engine roar. 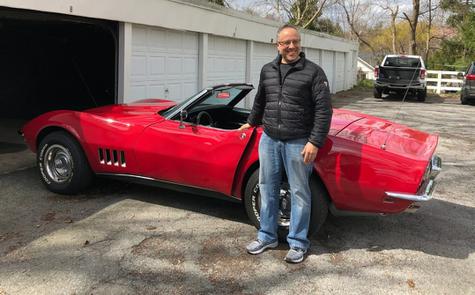 Going for a test drive. 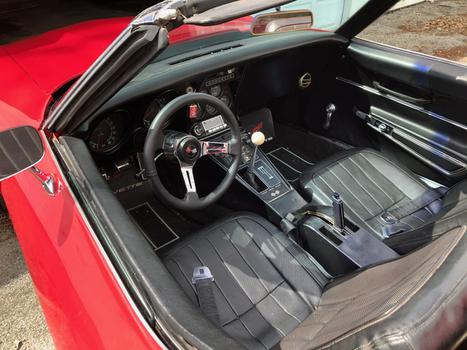 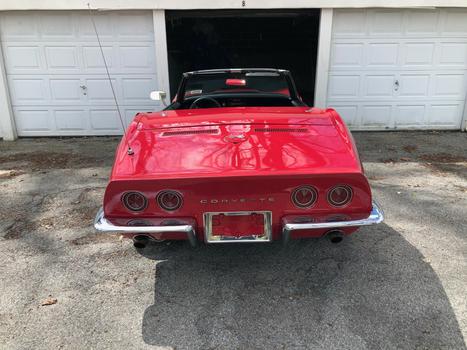 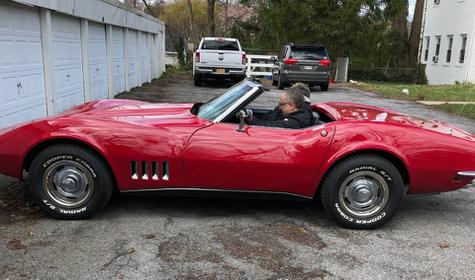 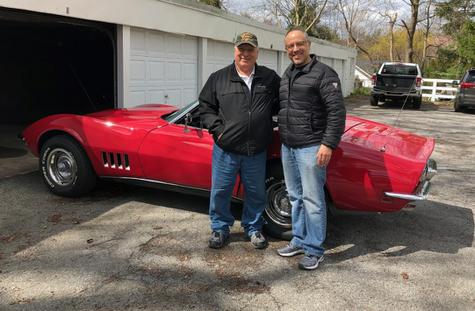 Me on the left next to my brother John. 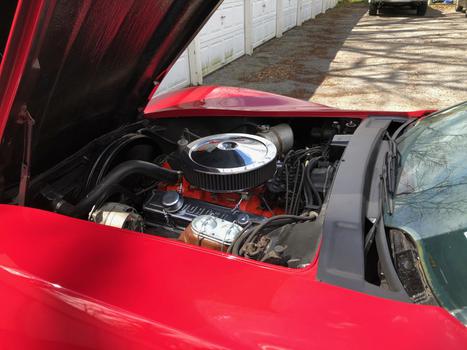 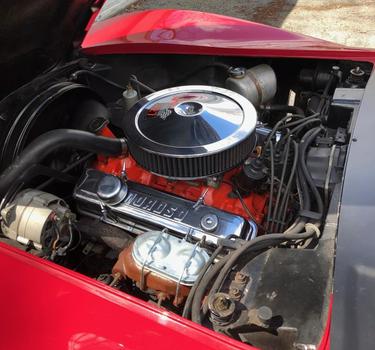 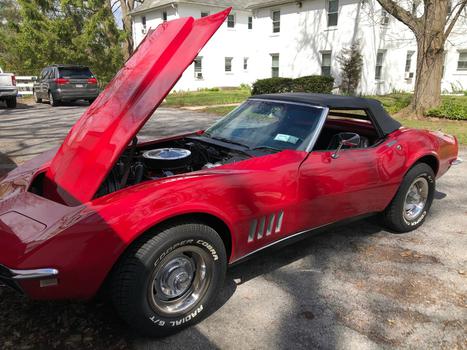 Top up and in good condition. 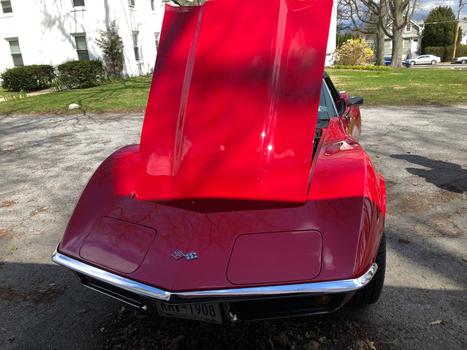 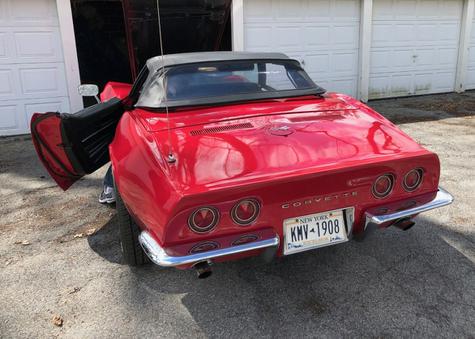 Great rear view with top up. 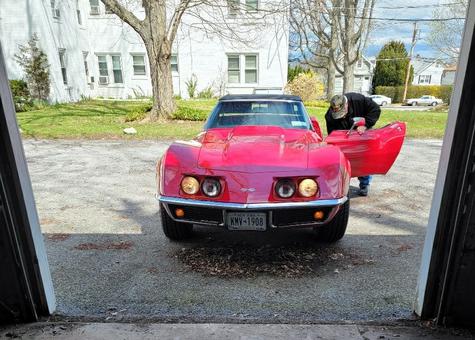 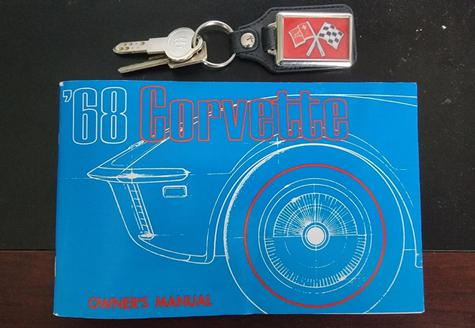 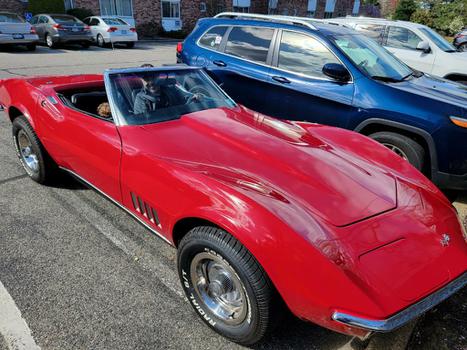 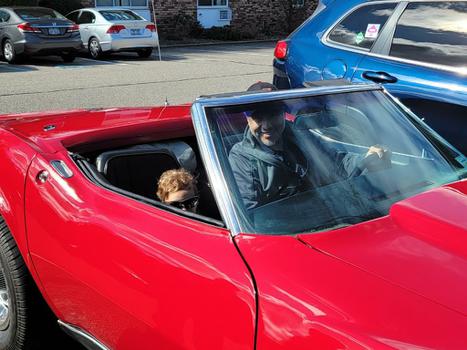 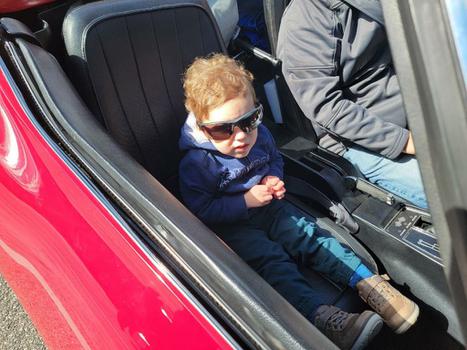 Got to put sunglasses on to ride in this cool car! 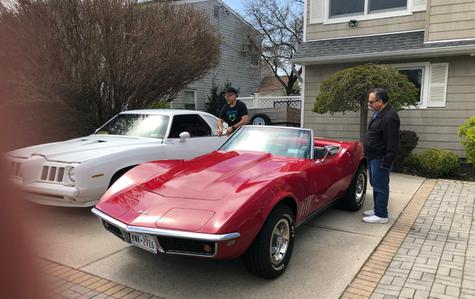 My two brothers John and Frank with 73 Pontiac Grand Am and 68 Corvette. 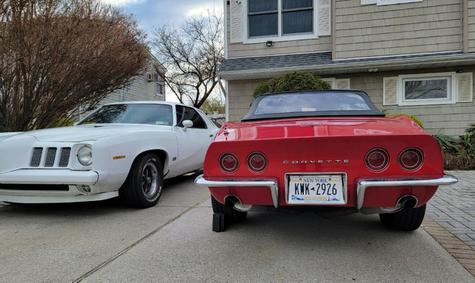 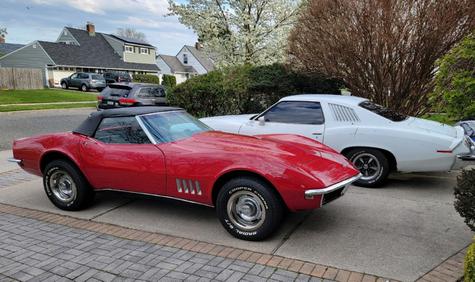 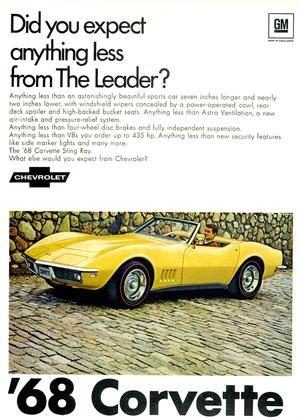 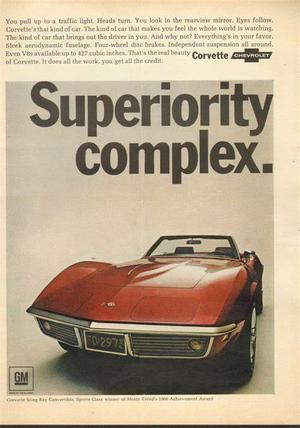 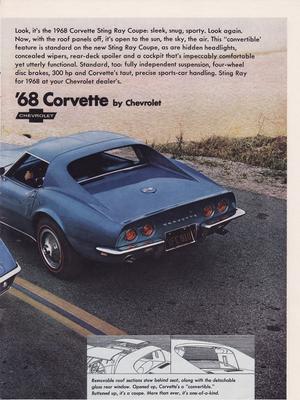 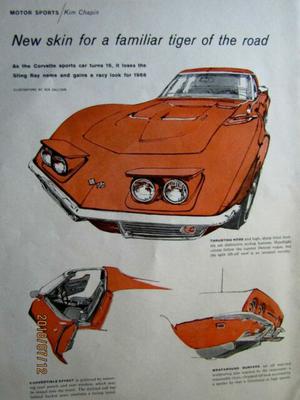 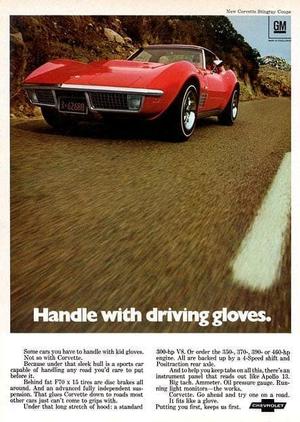 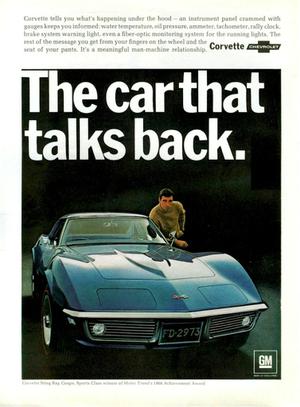 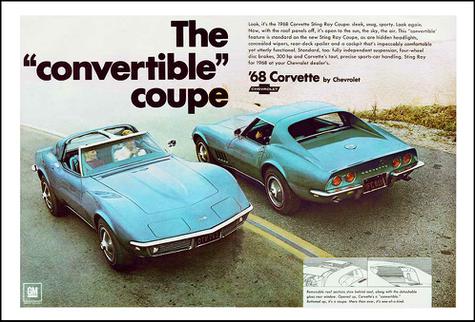 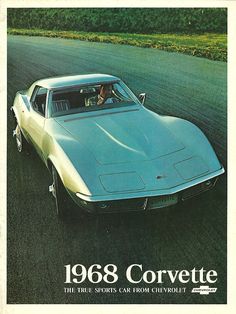 A great find is this 1968 Rally Red Corvette convertible, original 327ci 350hp 4 speed with original interior. The fiberglass body and paint are in great shape and car was always garaged. Underneath it's clean with many new items, springs, shocks, 4 new tires. My brother John saw it and bought it the same day before it went public. 1968 is the first year of the C3 totally redesigned and the body style will last for 50 years. Good Luck John and enjoy this fun drive and going to all the car shows!

Mario, there is no denying that the 1968 Vette is one real sweet ride. Beautiful car with one of Chevy's best engines, the 327 small block. The four speed is just the icing on the cake. Cheers to you and your brother.

Thank you George I agree the 327 is a classic V8 and in a 68 Corvette it's awesome. I hope to join my brother in many car shows this summer. Will post pictures. Cheers!

Thumbs up !!! The C3 Vettes with the chrome bumpers are highly collectible. Red is the best color for the C3, IMO. The venerable 327 is a bulletproof classic. That's a beautiful car that should garner lots of attention at the shows.

Thanks Dave, the chrome bumpers are really sharp especially on the red paint. And a 327 convertible to boot! It is an eye catcher. Cheers!

Thanks Rob, that about sums it up! All good and I'm happy this 68 Corvette has joined my family.

It's springtime and cars shows are starting to pop up! This will be a great show car! Cheers!

Well summer 2022 is over and we're facing a hard winter here in NY. But John and I had a great time with his Corvette this year. Went to some car shows and lots of rides at family gatherings. The car will be covered and in the garage for the winter, until next year.