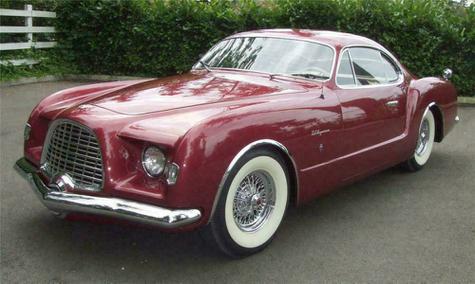 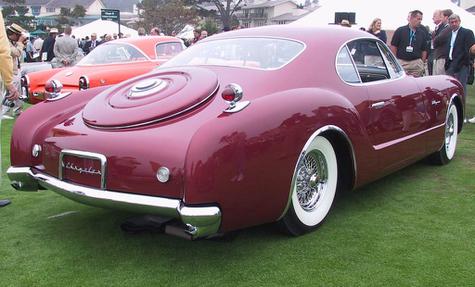 2 The Rear deck lid carries a full-size spare. Touching a switch activates a complex hydraulic system that raises the lid and hydraulically lowers the spare down to the ground. 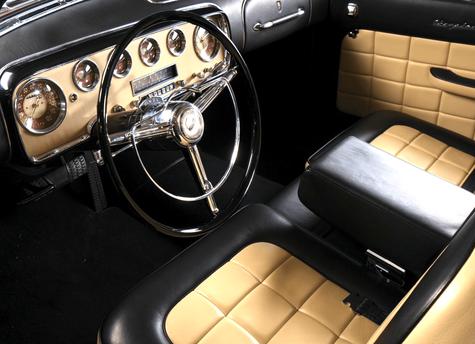 3 The 2 Seater Chrysler D’Elegance was built on a New Yorker chassis shortened by 10 inches to 115 inches providing an interior with two comfortable armchairs facing a unique instrument panel with six large gauges. 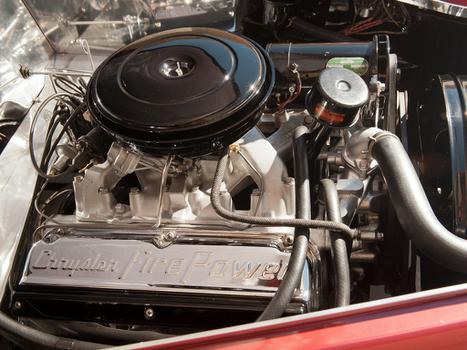 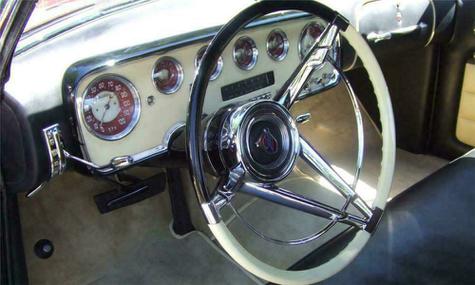 5 The interior blended European influenced design with American style comfort, including power windows. The instrument panel has a large speedometer on the left, a large clock on the right and fuel, amp, oil and temperature gauges in the center. 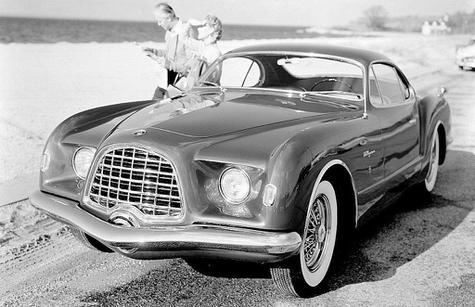 6 From that point on, as far as Chrysler prototypes were concerned, the decade belonged to Ghia working with Chrysler’s revolutionary chief of design Virgil Exner. 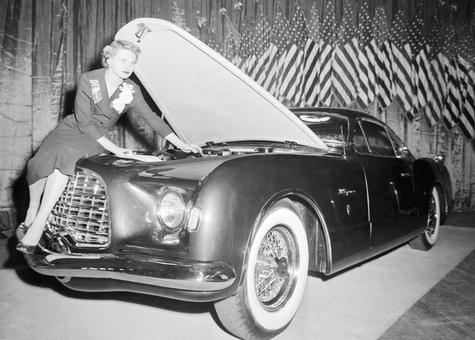 7 After debuting at the Paris Auto Salon in October 1952, the Chrysler D’Elegance went on the auto show circuit in the U.S. 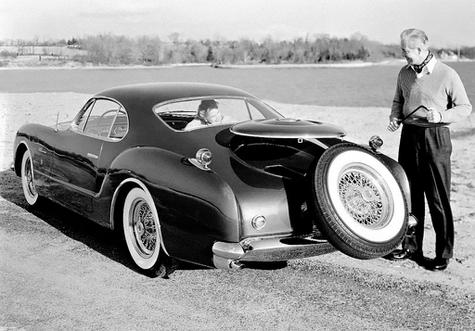 8 A “continental” spare in the rear deck features a hydraulically operated spare wheel and tire extractor. 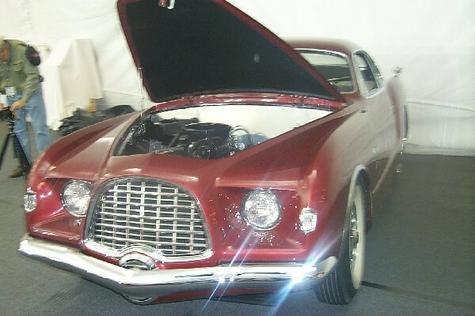 9 It is outfitted with both power steering and power windows, as well as Ausco-Lambert self-energizing disc brakes. A huge achievement for 1952. 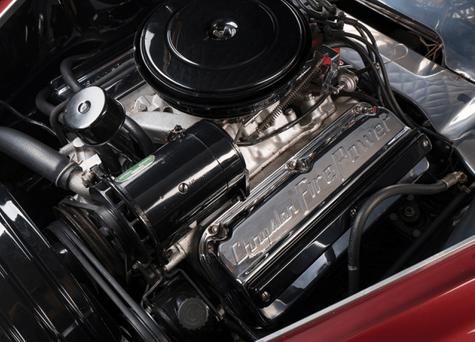 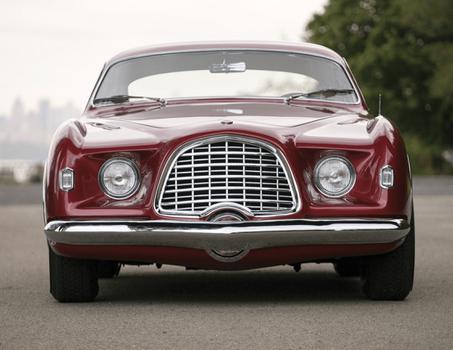 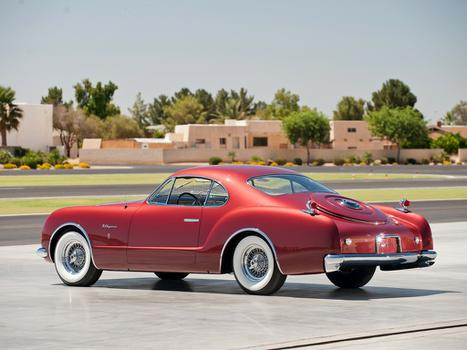 12 Modern sleek Swept back design for 1952 with “Gunsight” taillights. 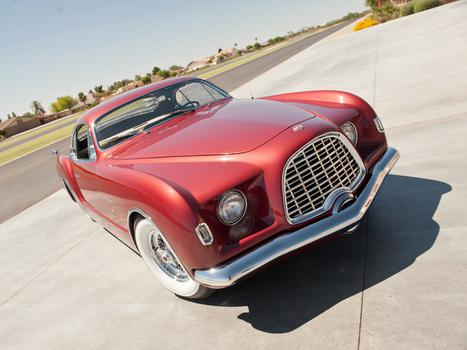 13 Exner-Ghia designed the free-standing headlamps which fitted into curved nacelles, an intentional throwback to the 1930s. 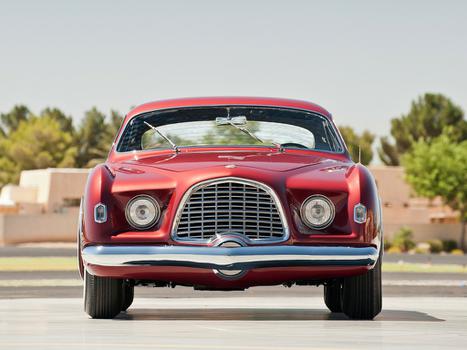 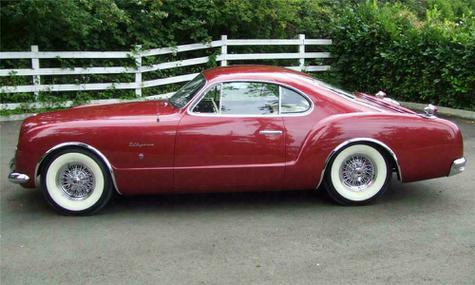 15 It had a long hood, short nose fastback with a surprisingly long rear overhang. Few cars in history, if any, have influenced over 50 years of automobile design. 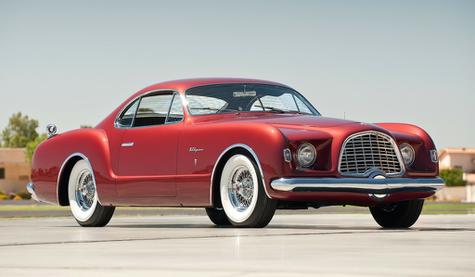 16 An extensive use of chrome trim. 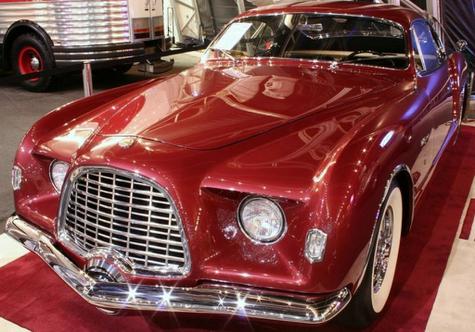 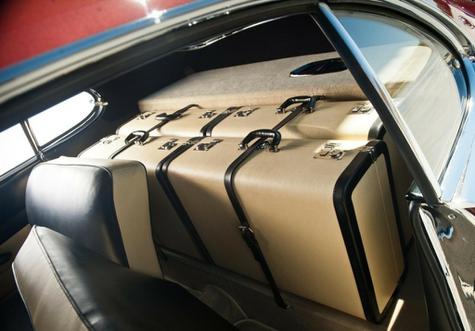 18 The Interior included a full set of matching leather luggage, which was stowed behind the seat, as the car lacked a trunk. 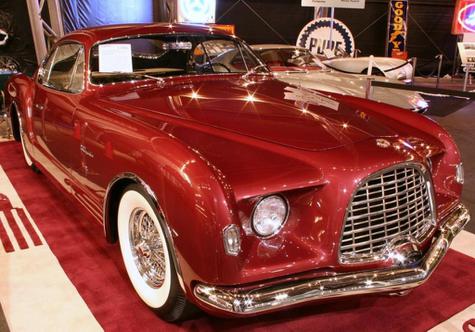 19 Simply put, the 1952 Chrysler D’Elegance stands in a class unto itself. 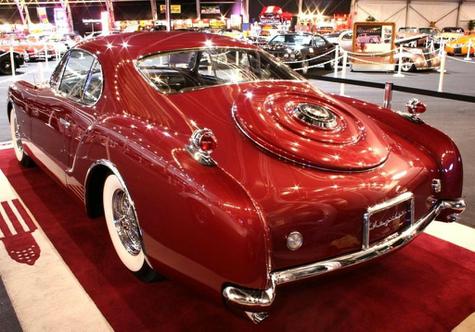 20 Gunsight taillights which appeared on the 1955 Imperial. 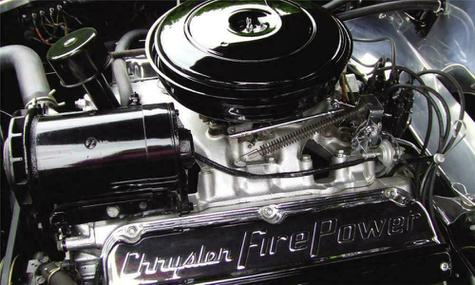 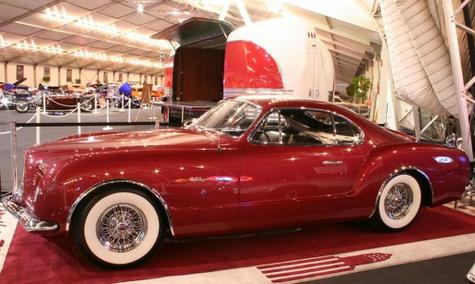 22 Active in the Auto Show circuit all over the world. 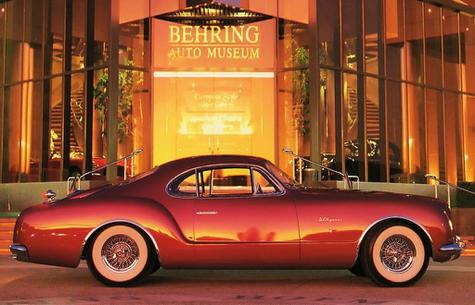 23 The one-off Chrysler D’Elegance could be a showpiece or could sit in a museum. Yet, it is fully drivable. 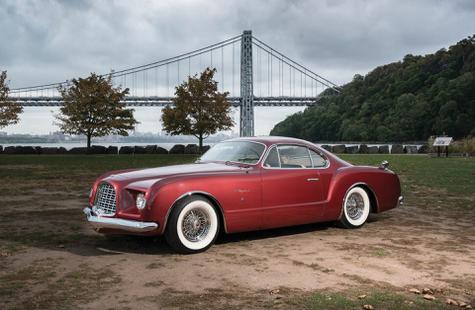 24 Today, the new Chrysler 300 designed by Tom Gale was heavily influenced by the Chrysler D'Elegance. 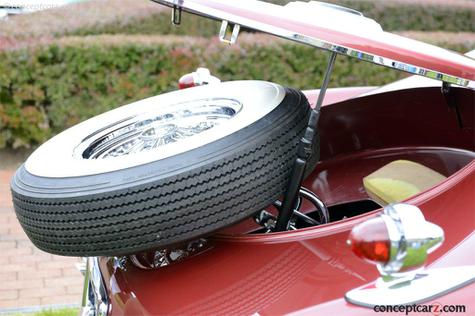 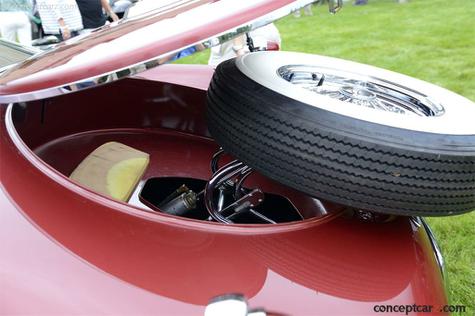 26 This Concept Car was last sold to a private collector at a Barret Jackson auction in 2006 for $1.21 million. 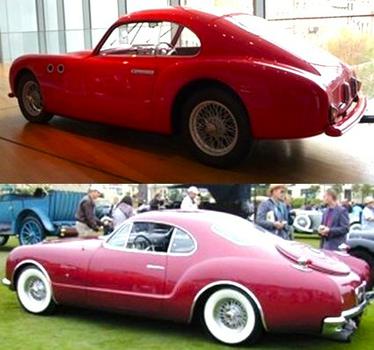 27 Did Chrysler’s 1952 D'Elegance steal the 1946 Pininfarina's Cisitalia Design? You Decide. 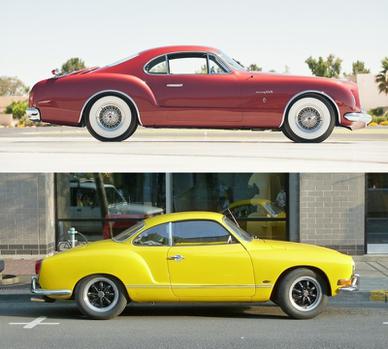 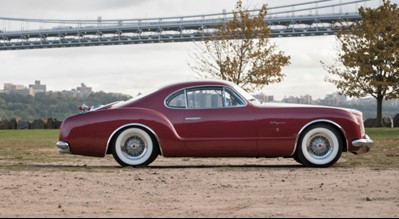 Oh me likey likey very much UNTIL I saw the tail lights whihc must have come from A JC WHitney catalog and were glued on at the last moment.

It sort of has the the front end flavor of a Chrysler 300.

I like the front end and obviously so did many others because it became the trademark of the Chrysler 300 series. A huge success.

The taillights though not appealing on this car did end up on the Chrysler Imperial. Again many others approved of this since it went into a production unit the top of the line Chrysler car. I like the Imperial back then with those taillights.

The 1st Gen Hemi engine has a long history of winning on the track and a much desired option on all future Chrysler Company cars.

Again, one must look at a Concept Car not as a whole production car but rather as individual ideas and rate each idea as such.

The detailed responses from customers told the car designers what they liked or didn't like.

This is the first time you've used the "Brandon" excuse. So I'll let it slide and not call you out.

The whole country has a Brandon they are calling out, you're not using THAT BRANDON are you?

You do mean the mighty webmaster and owner, right??

Just want the record to be clear here.

This is the "NO SPIN" zone unless its with your car and tires.

Well Brandon, the Webmaster, got this solved and fixed, not the other one who's in the basement!

HAHAHAHAHA, well we secretly chant it behind your back. But it's the GOOD LET'S GO BRANDON......not that other one.

This 1952 one-off Chrysler D'Elegance Concept Car was the signature car of Chrysler designer, Virgil Exner in collaboration with the Italian company Ghia.

The car was built on a New Yorker chassis shortened by 10 inches to 115 inches. It was powered by a 1st Generation 1952 Hemi 331ci 180hp 2bbl V8 engine with a Chrysler Transmission 4-Speed Semi-Automatic Fluid Torque.

The Rear deck lid carries a full-size spare and has a complex hydraulic system that raises the lid and hydraulically lowers the spare tire down to the ground.

The famous 1955 Chrysler 300 Letter Cars adopted the grille. It had free-standing headlamps which fitted into curved nacelles along with Gunsight taillights which appeared on the 1955 Imperial.

This 1952 Chrysler D'Elegance Concept Car survives today and was last sold at a Barrett Jackson Auction in 2006 to a private collector for $1.21 million. Enjoy! Mario.

I am sorry to say that only a mother could love this one. Not one of Chryslers better work.