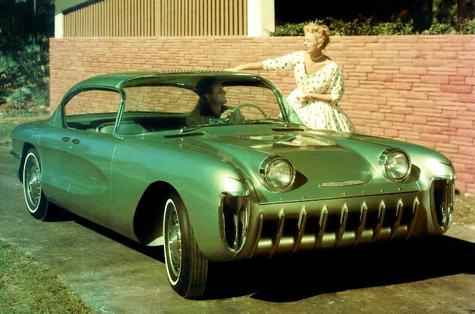 1 The 1955 Chevy Biscayne XP-37 was introduced at the 1955 General Motors Motorama. It successfully toured the show circuit for 3 years. 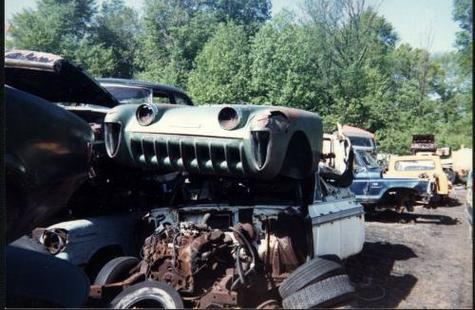 2 Unfortunately in 1958 the 1955 Chevy XP-37 was cut up for scrap. The yard owner squirreled away the car’s chopped-up sections. 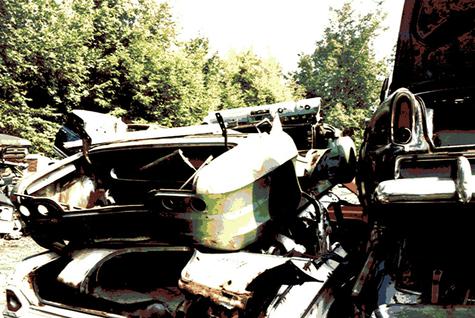 3 The car had been cut up into eight major sections. 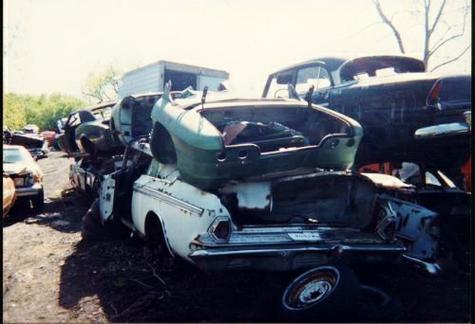 4 The yard owner managed to hide all of the sections in his yard and never crushed it. 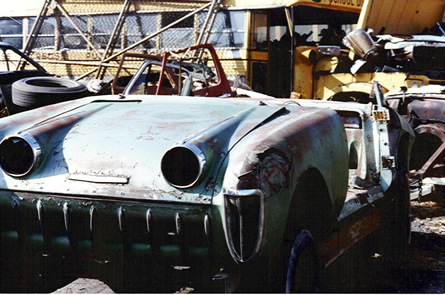 5 Joe Bortz a collector/restorer found the Biscayne, bought it in 1988 and then took 22 years to restore it. 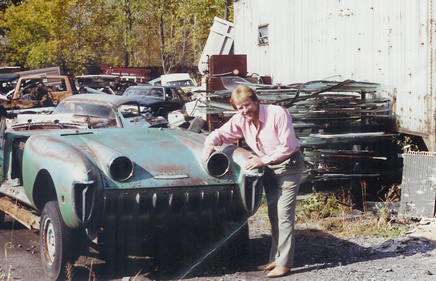 6 Joe Bortz proudly shows off the find of the century in Warhoops Junkyard, Sterling Heights, MI in 1988 after 30 years of being cut up for scrap. 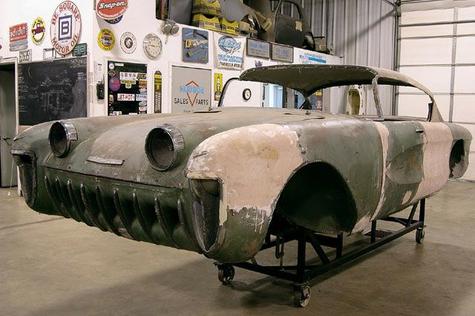 7 Joe carefully assembled all of the sections together. 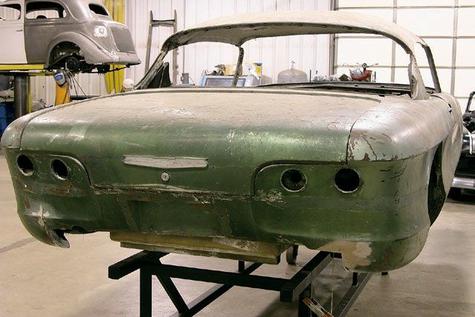 8 Very tedious work to get the body back to its original design. 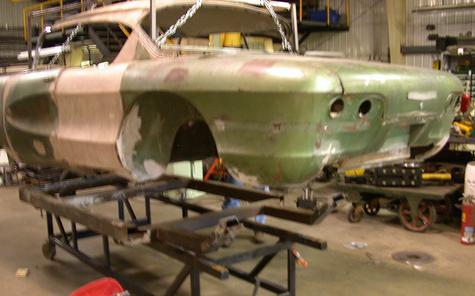 9 Lots of body work to fill in the gaps when the car was chopped up. 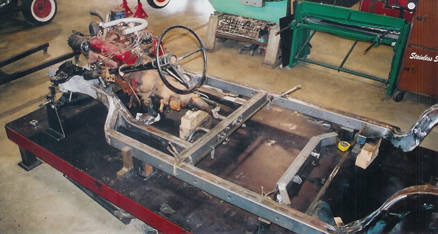 10 In the Summer of 2005 he had a chassis hand crafted by Kerry Hopperstad Custom Shop in CA. The V8 engine is new. 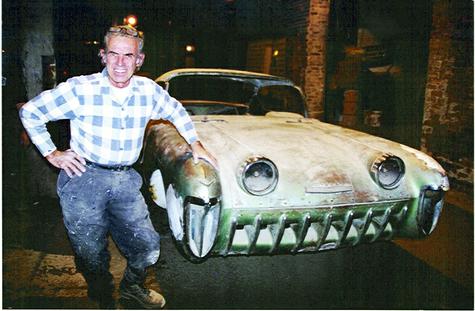 11 Joe posing with his work in progress. 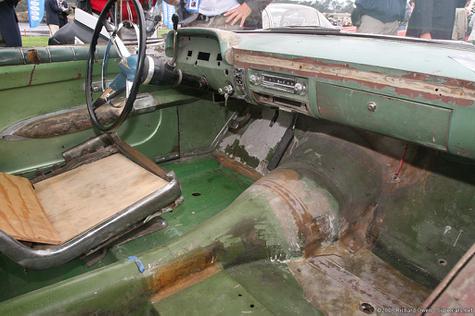 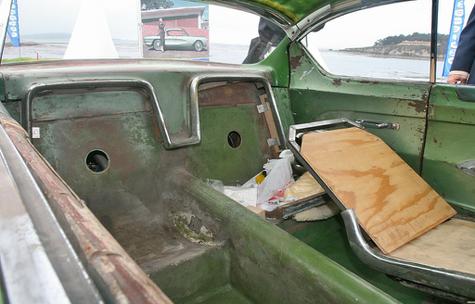 13 The interior was done according to blueprints he obtained from GM designers. 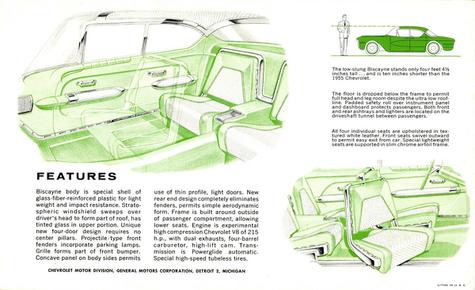 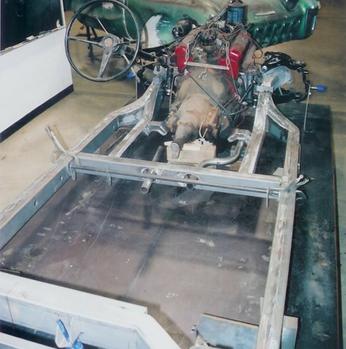 15 Oct 2005 the Biscayne chassis is getting extremely close to being brought together with the body. 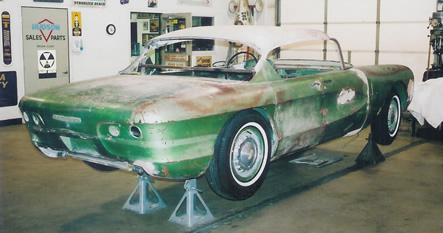 16 Nov 7, 2005 – The body is placed on its exact replica chassis. Engine and running gear are in place and hubcaps have been placed on the car. 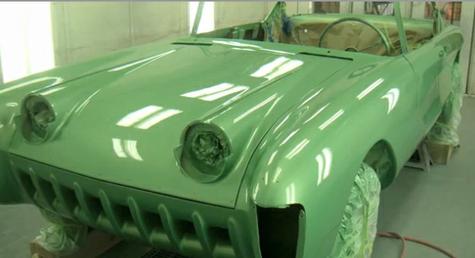 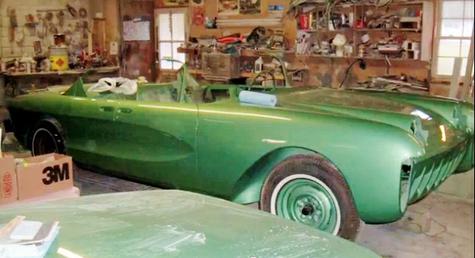 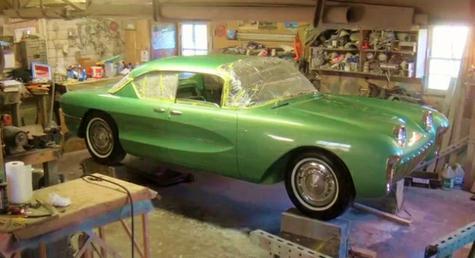 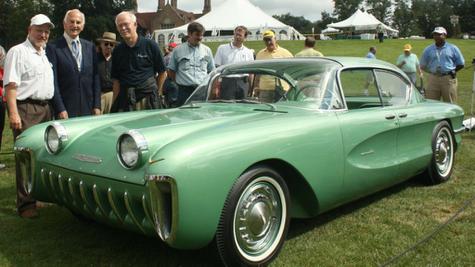 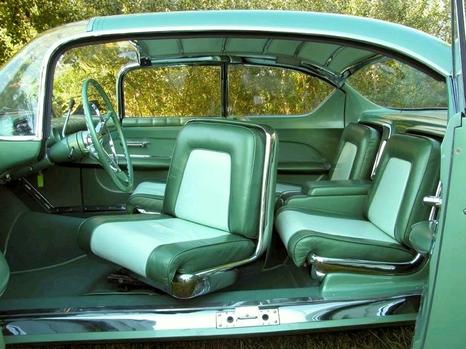 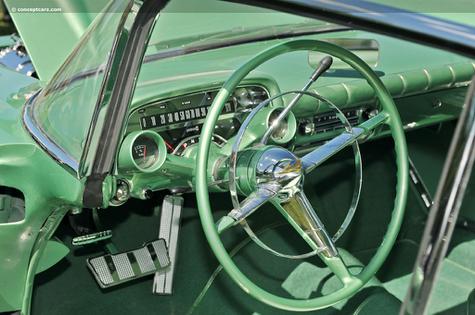 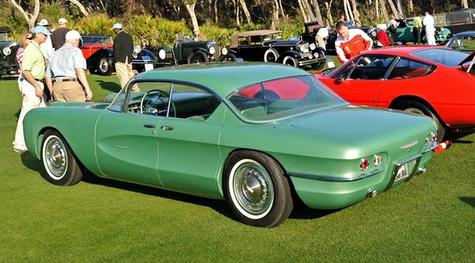 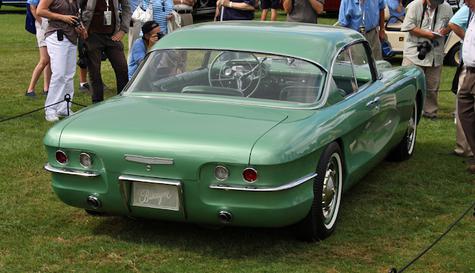 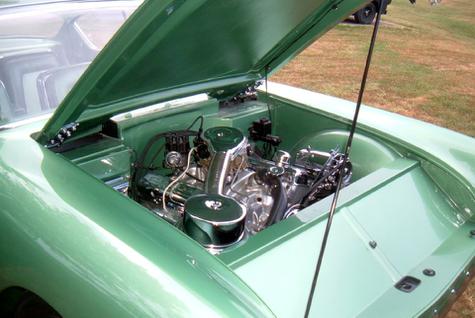 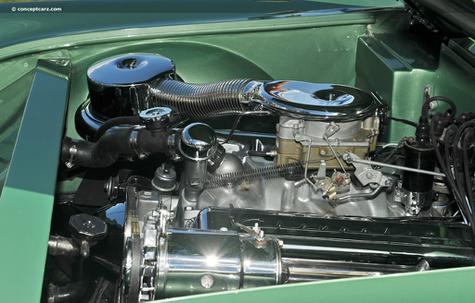 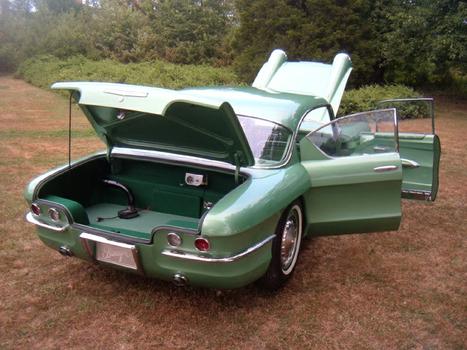 27 The 1955 Chevy Biscayne survives today thanks to Joe Bortz. It is on display at the Bortz Auto Collection Museum, Highland Park, IL 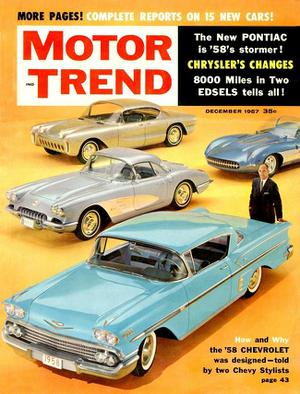 28 Motor Trend Dec 1957 Cover displays the Biscayne XP-37 just before it was cut up for scrap. Notice it was repainted from the original Green color.


In 2008 before finalizing restoration

98 car nuts gave this a thumbs-up. Do you? Thumbs-up

In 1958 the 1955 Chevy Biscayne XP-37 was cut up for scrap. The yard owner squirreled away the car’s chopped-up sections and never crushed it. 30 years later in 1988 Joe Bortz a collector/restorer found the Biscayne, bought it and then took 22 years to restore it.

In the Summer of 2005, Joe had a chassis hand crafted by Kerry Hopperstad Custom Shop in CA. The V8 engine is new.

On Nov 7, 2005 – The body is placed on its exact replica chassis. Engine and running gear are in place and hubcaps have been placed on the car.

In 2010 after 22 years of restoration the 1955 Chevy Biscayne is back touring at the 2010 Meadow Brook Concours d'Elegance.

It's easy to spot a number of design elements that would be incorporated into various Chevrolet models in later years. Very interesting article. Thank you brother Mario. Semper Fi and Happy 2023 to you and your family.

A very Happy and Healthy New Year to you Dave and your family. Thank you for all your insights on this page and throughout the year. Semper Fi Brother! Mario

The front end on this beast has to go but the rest of the car is sweet to look at. GM asked the yard to cut this car up and the yard saved it. I wonder what the ramifications would be if GM caught wind of this back then. Cheers.

This Page was more about the restoring or recreation of the original 1955 Chevy Biscayne Concept car that took an incredible 22 years to restore George.

The car was cut up into several sections. What an incredible achievement to bring it back. A lot of dedication, time and money went into this project by Joe Bortz.

My separate original Page was on the designing of the car and when I read about the restoration by Joe Bortz I decided to explore it.

The front end is like the Triumph with the headlights in the hood and very pricey to replace the hood when needed.

But all in all there are several nice features in this concept car that were adopted by Chevrolet in the coming years that Dave noticed.

Thank you for your comments George. Cheers! Mario