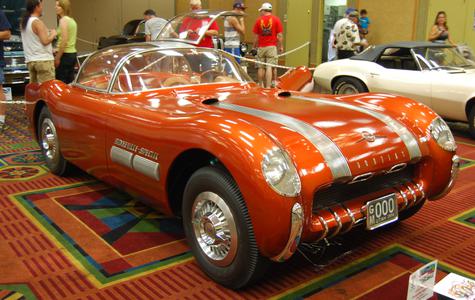 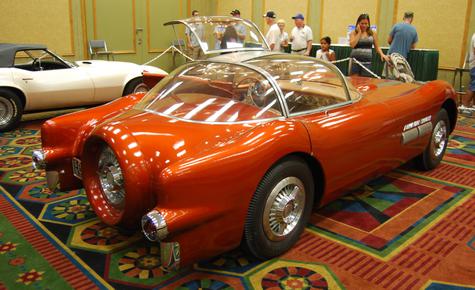 2 The first 2-seat sports car prototype the division had ever produced. Conceived by renowned designer Harley J. Earl. Under the direction of Earl, Hommer LaGassey and Paul Gilland were directed to build two Bonneville Specials 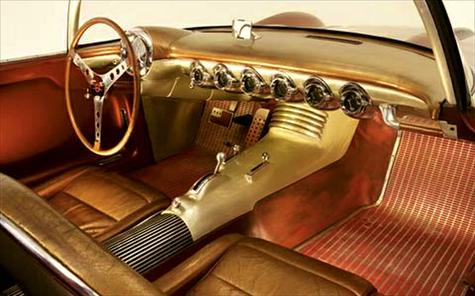 3 The dashboard was highlighted by a large central speedometer pod, flanked to its right by a horizontal row of six analogue gauges nested in contoured brushed stainless-steel pods 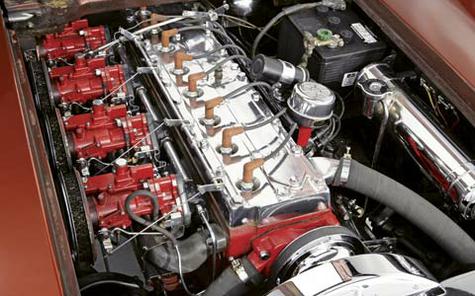 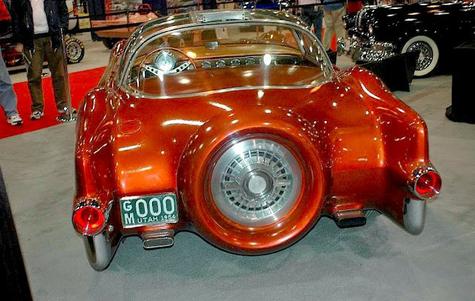 5 The name Bonneville was meant to convey high performance, inspired by a trip Harley Earl had taken to Bonneville Salt Flats in Utah to observe speed trials there 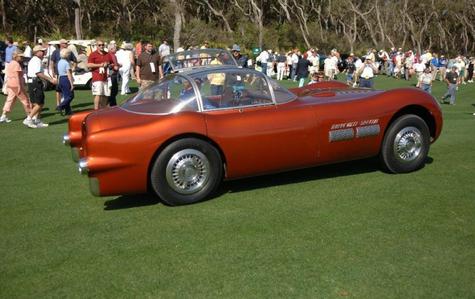 6 Two Special prototypes, one painted metallic bronze and one emerald green, were built in order to unveil them simultaneously in NYC and Los Angeles Auto Shows in 1954 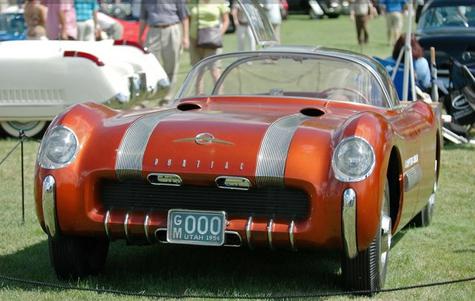 7 Glass covered recessed headlights, two banks of rectangular louvers on the fenders, and twin Pontiac Silver-Streaks on the hood that lead to functional air scoops served as accents 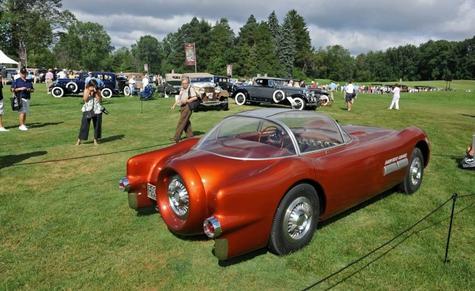 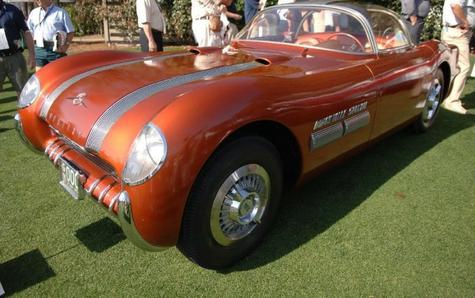 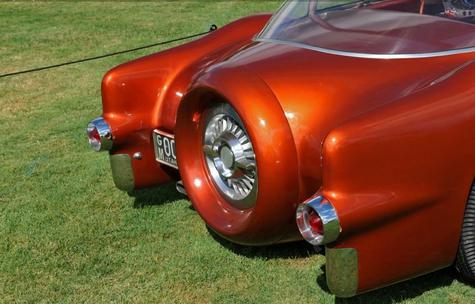 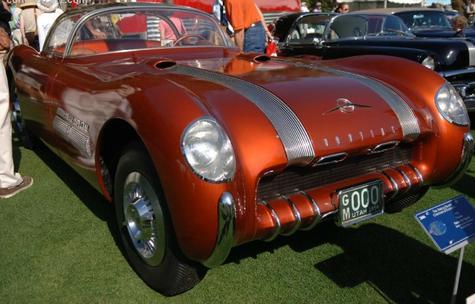 11 As of 2015, both cars still exist. The all-original Bronze Special belongs to the Joe Bortz Collection in Highland Park, Illinois. The second car, the Green Special, was auctioned to a collector by Barrett-Jackson in 2015 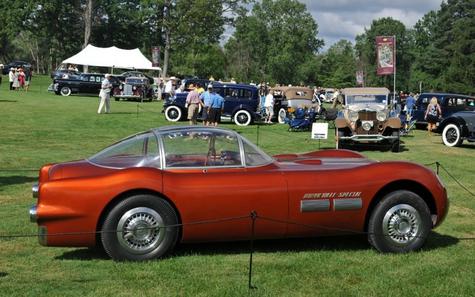 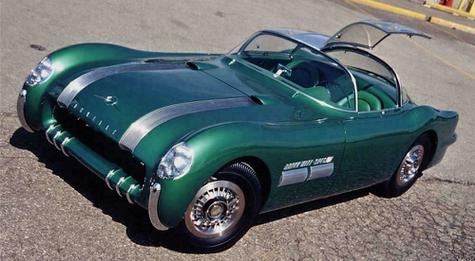 13 Two Special prototypes, one painted metallic bronze and one emerald green, were built in order to unveil them simultaneously in NYC and Los Angeles in 1954. The green model would later tour major dealerships around the country 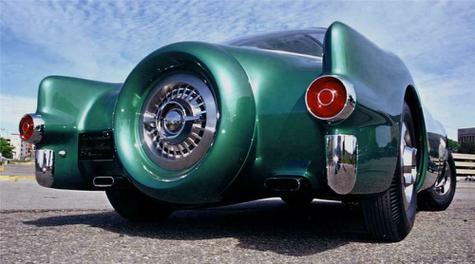 14 Debuted at the March 1954 Motorama, held at the Pan Pacific Auditorium in Los Angeles, California. This, one of the two Pontiac Bonneville Special concepts, was painted in emerald green 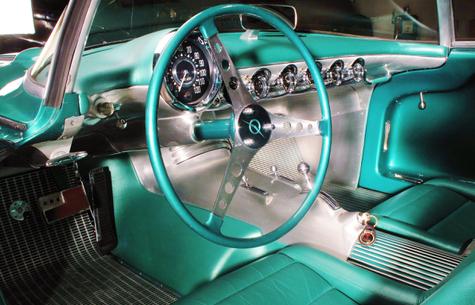 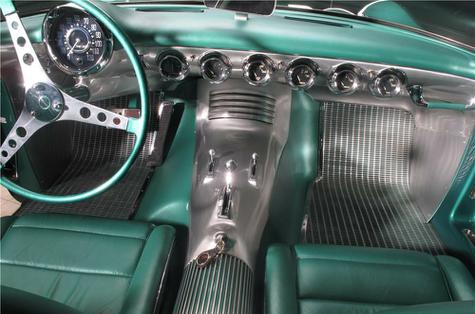 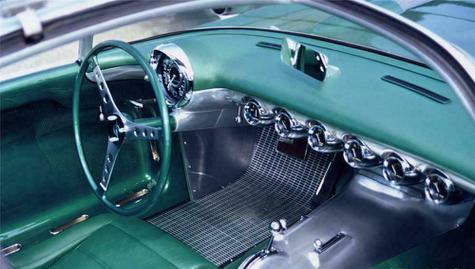 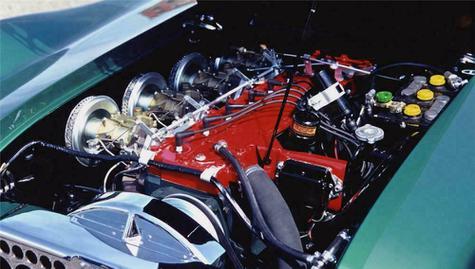 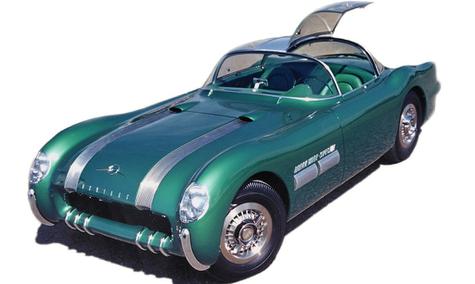 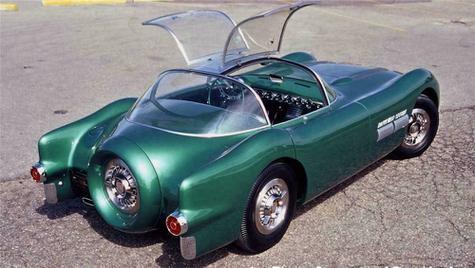 20 The car was never intended for production; it was to show the public that Pontiac was leading the industry in innovative thinking and styling 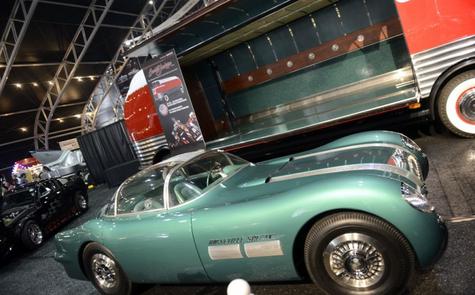 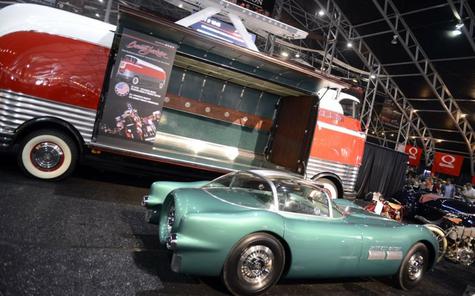 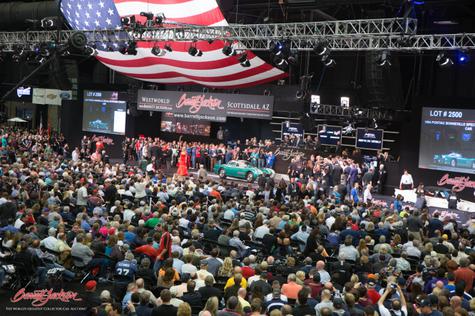 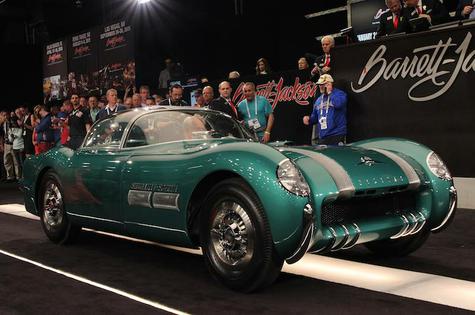 24 Crossing the block the 1954 Pontiac Bonneville Green Special was sold for $3.3 million in 2015 at the Barrett-Jackson Collector Car Auction in Scottsdale AZ 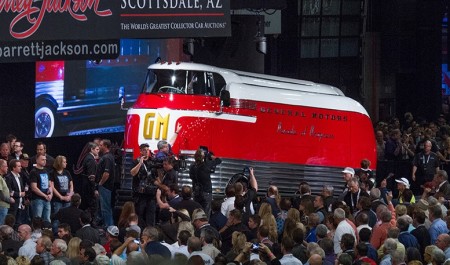 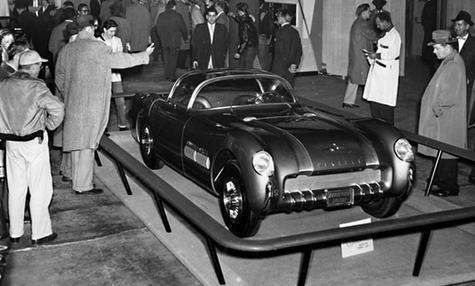 63 car nuts gave this a thumbs-up. Do you? Thumbs-up

There were 2 1954 Pontiac Bonneville Special Concept Cars built as authorized by GM’s Harley Earl, one in Metallic Bronze and the other in Emerald Green.

They both had a 268 cubic inch straight inline 8 engine rated at 230 bhp with four Carter YH side-draft single barrel carburetors. They were both 2-seater grand touring sport coupés that incorporated innovative styling like a Plexiglas canopy with gull-wing windows on a sleek fiberglass body.

As of 2015, both cars still exist. The Bronze car is on display at the Joe Bortz Collection in Highland Park, Illinois and the second car the Green Special was auctioned to a Collector for $3.3 Million in 2015.

The cars were never intended for production; they were to show the public that Pontiac was leading the industry in innovative thinking. Enjoy! Mario

Good point Dave not a car for FL. But living here in NY it may not be too bad, but not in July. It would be a Spring or Fall car. S/F

Pontiac would have gone belly up if they ever released this beast. Not much thought put into it but I love that straight eight with all those gas pots. Cheers.

I think your Uncle who worked for Pontiac would have liked this concept Car Rob.

Uhmmmmm I doubt it Mario....so keep your wallet closed. For a Pontiac mechanic, he believed in the stock, OEM, original, no add on cars.

There is usually something that the people liked and responded to on the Concept Cars. Your liking the straight 8 with all the gas pots is good George. That's the feedback Pontiac was looking for.

I have to imagine I'm back in 1954 when this car came out not knowing what I know today to really appreciate the "modern" advancements in this car.

The aerodynamics alone in sculpting the fiberglass body was a tremendous achievement. Thanks for your comments George. Cheers! Mario

Mario, I realized you addressed George, and totally ignored me. Wow..sure is cold on here today.

I think when I see a concept car, as in this one, I see TOO MANY CONCEPTS. There's too many cars in this one. And that to me just adds to the confusion of what is the manufacturer trying to highlight?

This car is too busy to the eye for me. Look here, then there, no wait, look here, and to me it just doesn't flow like some of the other concepts you've shared over the years.

Was there ever an Edsel Concept car. I'll let that hook just dangle here for others to nibble on.

With all due respect to the author of this thread, I yield the floor to my colleague in NY.

Thank you Rob for your detailed comments and I agree there are many "Concepts" in this car. Some good, some not so good.

But a Concept Car by definition is:

A Concept Car is often exhibited at motor shows to gauge customer reaction to new and radical designs which may or may not be mass-produced. The purpose is to gauge Public Response when a concept is released to the public. It’s a low risk opportunity to gauge the response of the automotive world.

I remember going to some of the GM Motorama Shows back in the 50's and 60's at the Waldorf Astoria Hotel in NYC on Park Ave with my Dad. My Dad introduced me to the world of new cars as well as Futuristic Concept Cars.

I would gather up as many new car brochures as I could carry, take them home and pour hours over them. But I was also intrigued by the Future Cars on display.

There was a lot of audience feedback requested from each Concept Car at the Motorama as to what we liked and didn't like. My Dad would look at the cars and tell me he liked this and that but not this and would fill out an entry form with his comments. I then learned that I was looking at the Concept Car in sections not the whole car. Some of the ideas would eventually come out in future cars and some not.

GM and especially Harley Earl came up with this Marketing tool that shaped the future of design in their cars with immediate public feedback. Ford and Chrysler quickly came on board with this as a way to gauge public interest.

Again, thank you Rob for your feedback. I truly appreciate your input. Cheers! Mario

I totally and I mean TOTALLY understand the concept of concept cars. I believe what I mean is, when is too many concepts on a concept car, too many??

I can see the innovations but I don't see much attempt at seemingly tying the concepts together.

It's like pin the tail on the donkey, pin the concept on the car. Is it more they want you to see ALL the concepts, and it doesn't matter how the finished product looks?

To me, just way too busy, dimensionally speaking, not pleasing to this critics eye. They could have done better, a lot better.

I yield the floor to my friend from NY.

I've been watching too much Congressional TV of late.

The worst one is that NASH Metropolitan SPARE TIRE. As it was said many times before:

Just because you CAN do something, doesn't mean YOU SHOULD!!