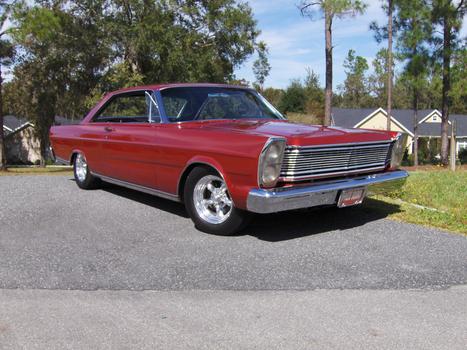 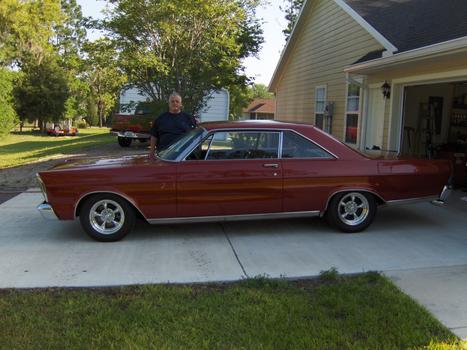 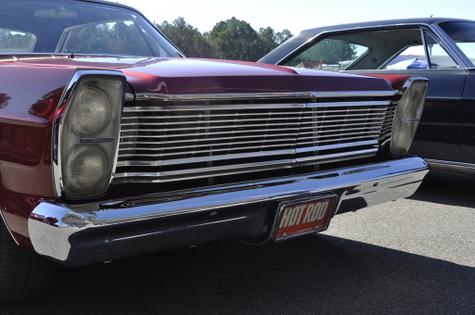 Pyrex Glass Head Light Covers Unique to the 1965 Galaxie. They were standard equipment on cars euipped with the 427 and were available over the counter. Very Rare. 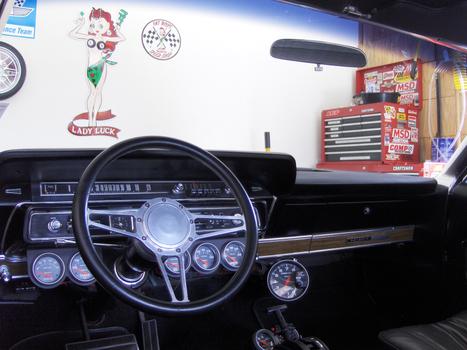 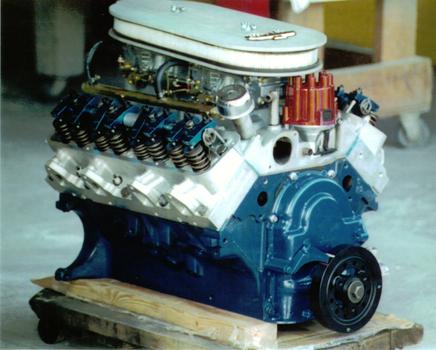 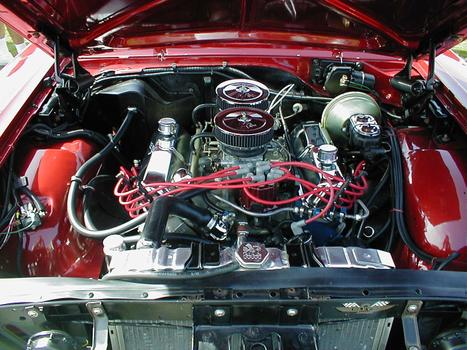 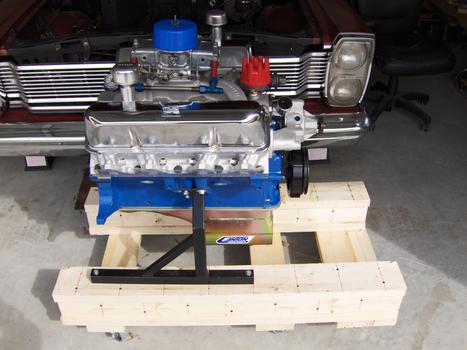 The is the 445CI Stoker I built when after 9 years and 10K miles the 428CJ broke a rod and windowed the block. 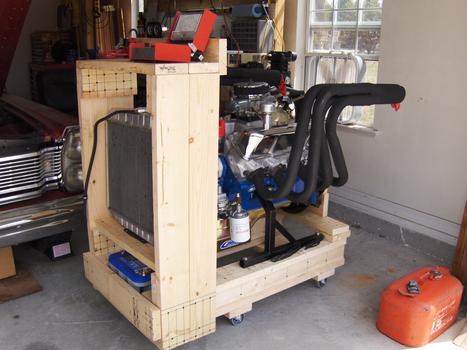 This is the engine stand I built to run in the new engine before it went into the car. 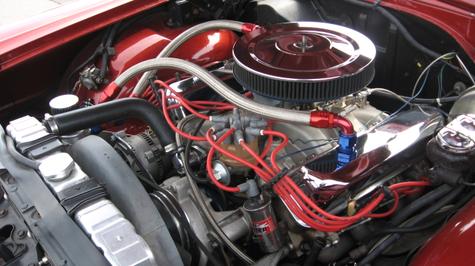 This is the 445 installed 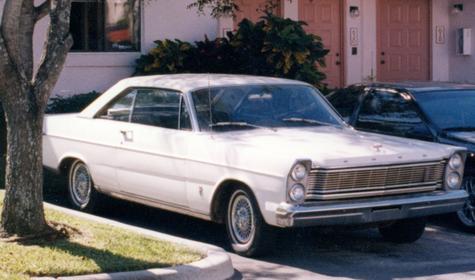 This is what I started with. A one owner 105K mile 390 XL with origional paint and excellent interior. It was an arrow strait Georgia car that had been kept under a car port all it's life so no rust out in the usual places 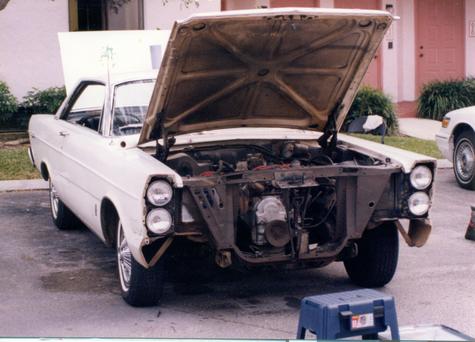 And the process begines. Although the body and interior were in great shape it was very tired mechanicially 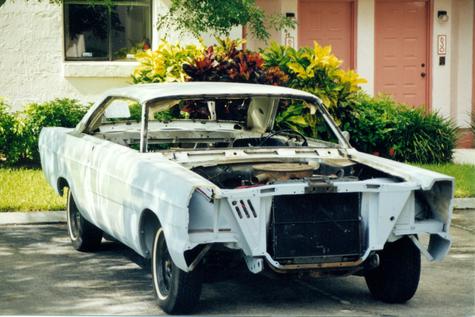 I had a small warehouse space accross the street from my apartment where I stored the car. I did allot of the work there and in front of my place thanks to a very forgiving landlord and supportive neighbors. All of the real heavy work was done at my friends well equipped home shop that's to die for. Without his help and facilities this car would never have been done to this level. 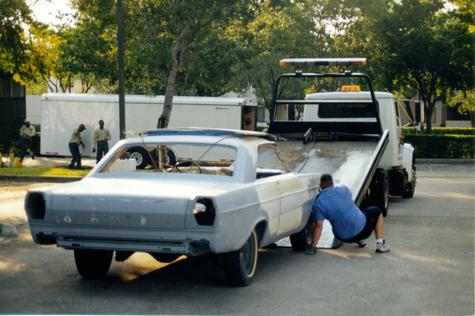 With all the body work done it's off to paint. Although there was no rust repair I had significant bodywork to do when I decided to remove all the factory badging. We welded up almost 50 trim holes. And every one of those holes left a dimple in the panel that needed to be made flat but it was worth the effort 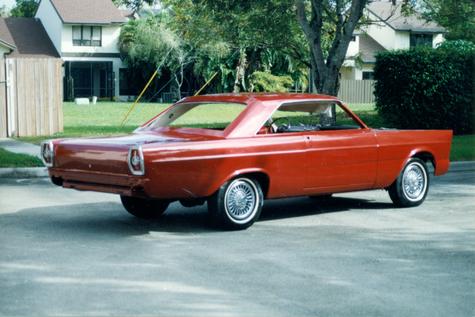 All the hard work paid off when it returned from paint 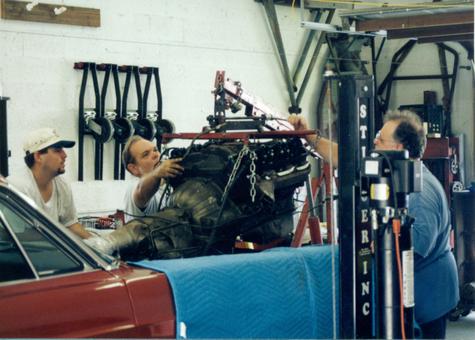 I left the engine/transmision upgrade to last. Here we are pulling the tired 390 and Cruse-O-Matic out. That's my youngest son on the left and my good friend Dale in the center who's excellent shop and facilities made this and other heavy mechanical work a breeze. 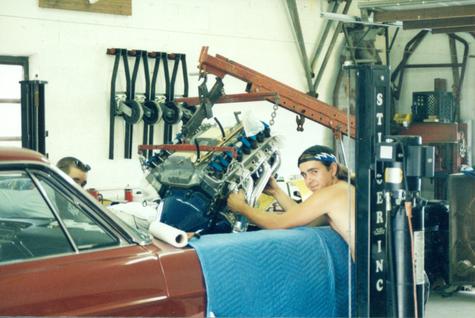 Magic Time. The new 428CJ and C-6 is going in. There are my two son's who also contributed allot of hard work and hours to this project 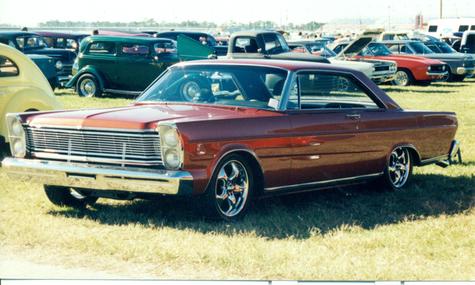 And here it is in the infield at Daytona for the 1999 Turkey Rod Run. This was a week after the new engine and trans was installed and it ran flawlessly on during the 500 mile round trip. Popular Hot Rodding spied the car and included it in their coverage of the event. It was in the April 2000 issue. Later in February 2000 we took it to Moroso MotorSports Part for a show put on by Hot Rod magazine. The editor fell in love with it and they did a photo shoot that day. A 3 page feature was included in the November 2000 issue. I could not believe the reaction to what we had built.


This the 445ci stroker engine I built to replace the 428CJ that broke a rod after many years of fun.


Taking a drive in my 1965 Galaxie 500XL with the newely installed 445ci Ford FE Stroker Engine I built.

Beautiful car! Thanks for the ride. Miss looking across the hood of mine. Great job. Red