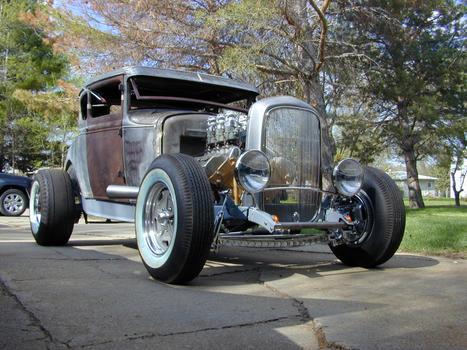 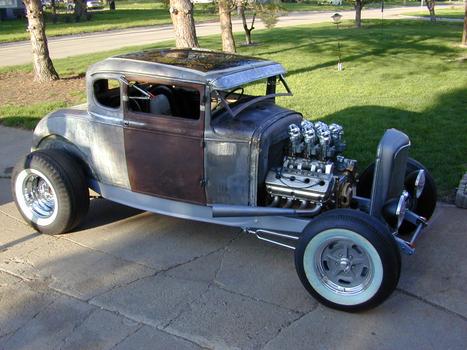 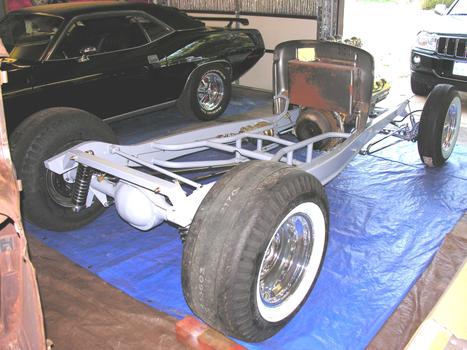 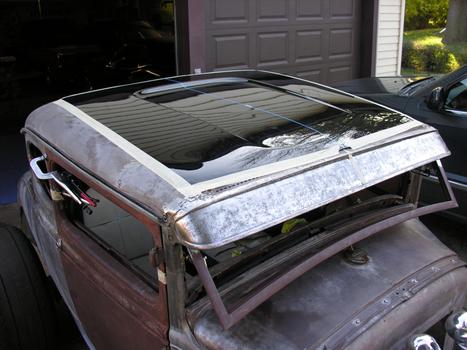 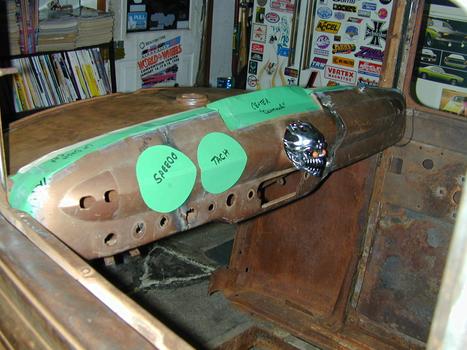 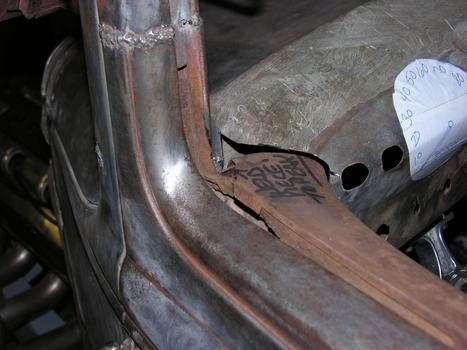 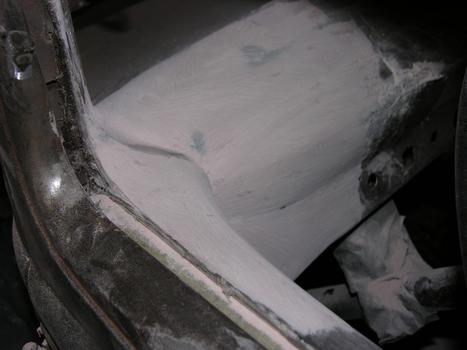 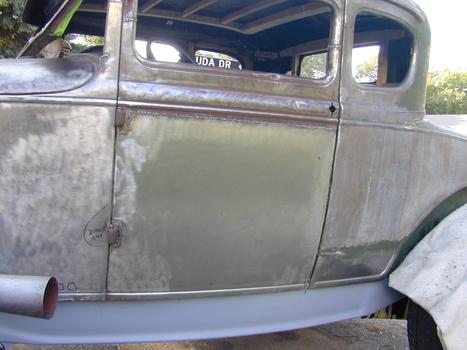 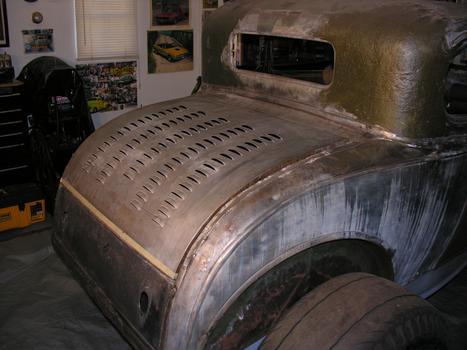 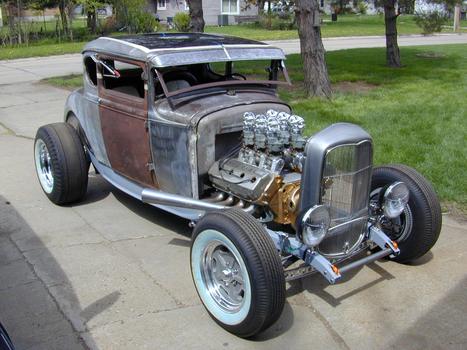 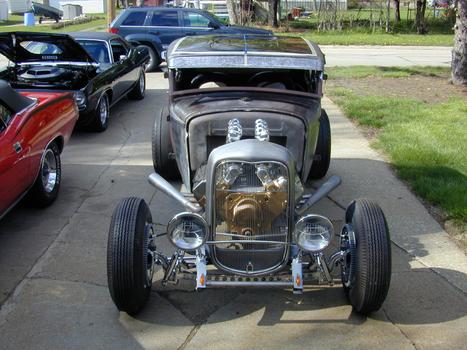 After selling the Pro Street '31 Ford Sedan I built back in the '90s, I always wanted to get another Hot Rod. . .especially after attending the GoodGuys and Back to the Fifties events.

My latest project was won on E-Bay, calling for a 'Road Trip' to the owner's home some 80 miles north of Green Bay, Wisconsin. . .ending up in a really fun weekend!!

To date, I've chopped the top on the Coupe a full four-inches and tacking up any small cracks. Although the ol', steel, Gennie Ford Coupe has its fair share of dents and dings, there wasn't a lot of rust.

Bringing up the rear is a big bearing, 9-inch Ford rear end salvaged from a '58 Ranchero and sporting H.D. brakes and drums to '59 Ford Police car specs. The rest of the suspension consists of So-Cal ladder bars and coilover shocks.

For wheels and tires, I selected a pair of nostalgic, 6.75 x 15 Firestone Deluxe Champions from Coker on 15 x 6" American Racing Salt Flat Specials. Out back, and also from Coker, are a pair of 10.00 x 15" Firestone Gum-Dipped Cheater Slicks on 15 x 10" Ford Chrome steel wheels. 2 1/4" whitewalls are featured both front and rear.

To provide power, I chose a 354 Chrysler Hemi from a '56 Imperial which originally produced 280 h.p. Bored out to 367 cubic inches, I added 10.5:1 Ross pistons, a performance cam and a pair of custom-built Lake's headers. The intake manifold is a vintage ML EC6 Edelbrock 6 Deuce Log Manifold with six Ford/Holley 59 series 94 carburetors and Eelco linkage.

Inside, I grafted in a dash from a '50 Ford, narrowed 14-inches to eliminate the huge original speedometer, while retaining the glove box on the right, and clock hole in the center for a flaming chrome skull, which was actually a hitch receiver plug.

A pair of '48 Caddy door top trim pieces are being incorporated into the interior and the dash has been "notched" appropriately for them to wrap into it. The dash will be filled with Nickel Series "winged" Classis Instruments.

Buckets from a '60 Thunderbird will also be used.

The Coupe will run a pair of '34 Ford commercial headlamps, some art-deco teardrop turn signals, '39 Ford teardrop taillamps, and a Brookville steel firewall, decklid and '32 grille shell will also be used. The doors will also be "flush-fit".

The top insert is something unique, featuring a recessed panel and the decklid has been "punched" with 78 louvers.

Lots more to do, but it's coming along nicely, and aside from the overdrive tranny and a few modern "safety" additions, the car should appear much as a show car would have in '61-'62. . .or that's the plan, anyway. Let me know what cha' think!!

HEY BILL: SHE'S LOOKING SHARP AND PROGRESS IS GOING STRONG SINCE WE SAW HER LAST! COKE

I sure would like to hear the rumble of that Hemi. Great work, she's going to be a piece of art when you get her finished. Kudos and well wishes !!!

Nice work It's good to see you not using an ls chevy. I would like to know what is that on to pass door. it looks like some type of clamp or ???

It is a c-clamp. . .since this pic, the door has been cut-down and "flush-fit" and is all latched nicely. In the pic, the clamp was holding the door shut.

Really nice! I'd love to see it when your finished. Good luck and keep up the good work.

Nice custom touches Bill.The Caddy door tops and 50 ford Dash = so CoOl. the roof insert is a creative addition too,what did you use;is it the back of a Buick skylark hood? Tony Mingo Truro NS Canada