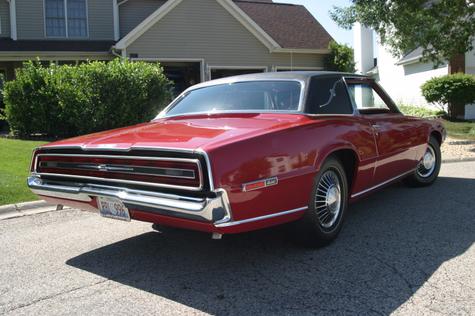 The original owner was my Grandfather who bought it new in 68. He rarely drove the car. I bought the car from my Grandmother in 1986.

This is a true, unrestored survivor car with about 17,600 miles on it. It's never even been in the rain.

The car is fully functional accept the AC and has the original paint. The only replaced parts are the exhaust from the tailpipes up to the mufflers, the rear wheel cylinders, the fuel pump and the battery.

I drive the car to shows and just for fun. 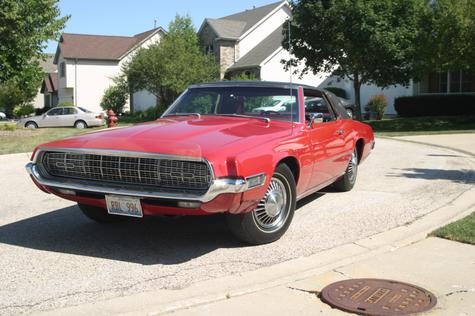 Look close and you will notice those are the original wheel covers.

Mounted on the original wheels are 1970 Michelin radials, I'm not kidding! 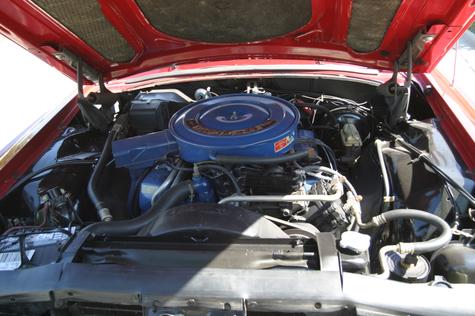 Ah, good ole' American cubes. This baby has them in spades.

That is the original 429 Thunderjet that came in the car. It even has the original points and condensor. Don't ask me how they lasted nearly 43 years. 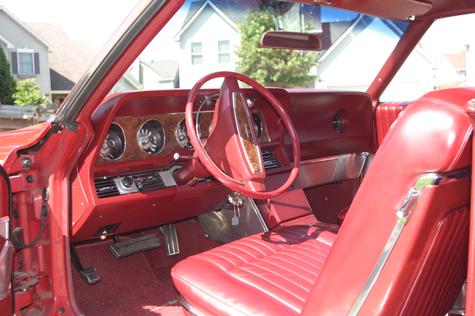 The Cockpit just as it rolled off the assembly line in 1968.

The only thing I added was carpeted floor matts with the T-Bird logo to protect the original vinyl matts. 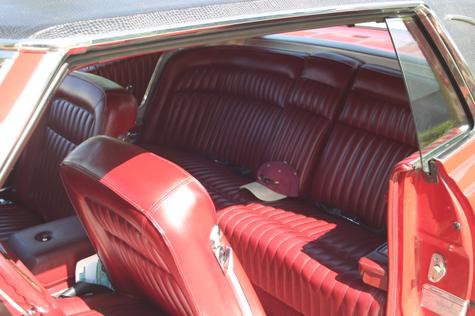 Seating for 5? Well there isn't a huge amount of leg room but dig those side windows that role backwards into the top instead of down. Cool 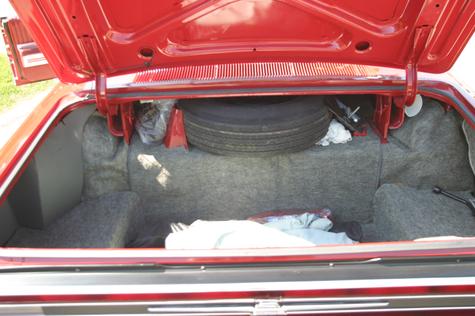 You could almost store another car in here! I've just got the cover, a folding chair and some detailing supplies.

This is all original and kept clean just like Grandpa did.

Awesome that you've kept this car in the family for all these years! It's beautiful, and I love the red interior.