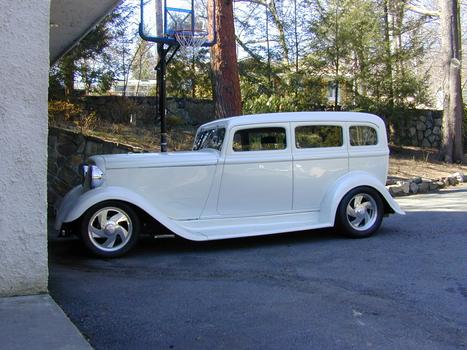 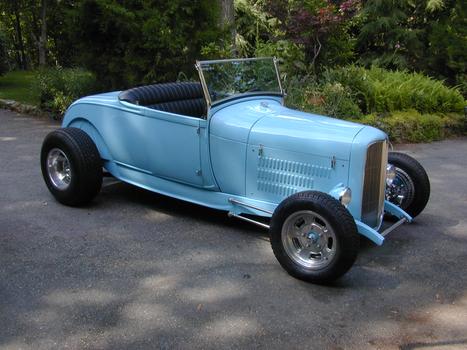 Been fooling with cars since I was 15. Can't seem to break free...too much fun and just great people among fellow car nutz! This my 1929 Model A with flathead, 3-2s, Zephyr 3-speed and Halibrand rear. All vintage stuff! Sold this June and now cruising Woodward Ave in Michigan! 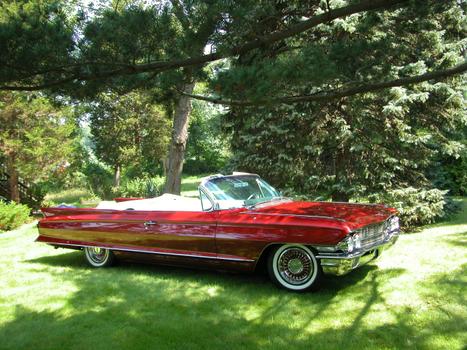 Gotta have a land yacht in the mix, right? 1962 Cadillac DeVille with 66K original miles. Runs sweet and seats 16! Where's a Drive-In when you need one?! 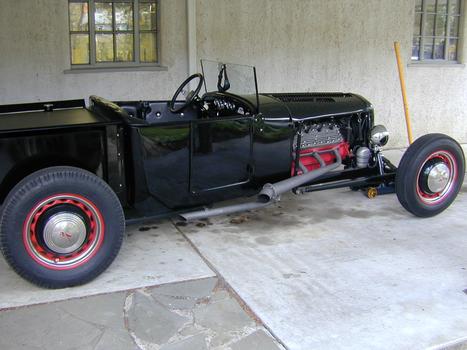 Traded this ride for the blue A above. '29 A box with flatty and 3-speed. Deuce shell, louvered hood, button-tufted interior. A nice ride with a set of my favorite wheels! I heard she was cruising Long Island these days! 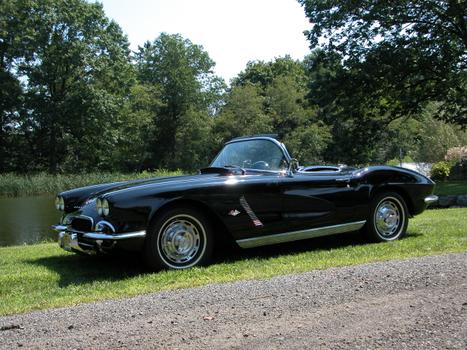 You have got to try and get your high school heart throb...right? This the car I lusted after when I first laid eyes on a triple black '62 Vette! I was thrilled to land this baby! 340 horse, 4-speed, 3.70 posi with both tops. 48K original miles. It does not get any better than this (for me at least!) 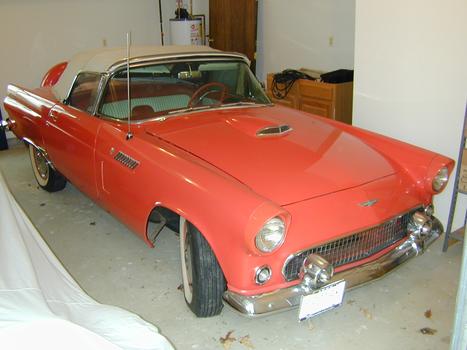 Family heirloom. My Pop's T-Bird. 1956. A car he wanted for decades. Grand Ma finally said go for it. He enjoyed it for the last two years of his life. RIP Dad, we all miss you. 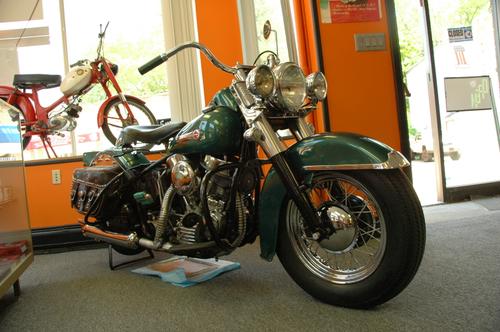 Keep that wind in whatever hair you have left! This unit came from Wisconsin in 11 boxes courtesy of a winning Ebay bid. 3 years later, she's a 99.5 point restoration. 1949 HD Solo Deluxe. First year for the Hydroglide front end, second year for the Panhead. Starts and runs like a pussy cat! 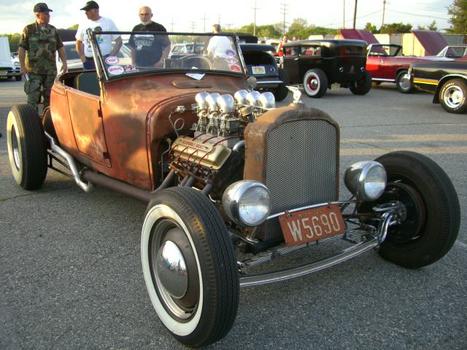 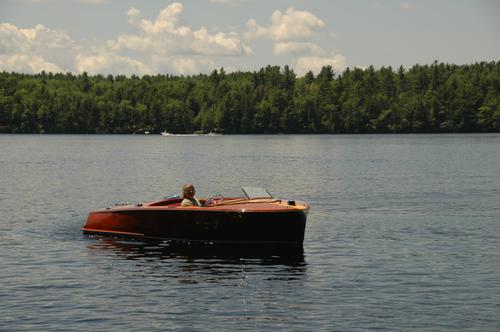 Everybody has to relax sometime so what's wrong with a little cruise in a '50 Chris Craft Riviera? (Can't seem to get any new stuff!) Boat found in dry, dry Idaho and given a soup to nuts resto. 131 HP Hercules engine with 3 carbs as purchased in 1949. Easy rider with a top speed of 30 plus. This honey is also available. Contact me at bobp8@optonline.net if you'd like to add cruising the pond to cruising the blacktop! 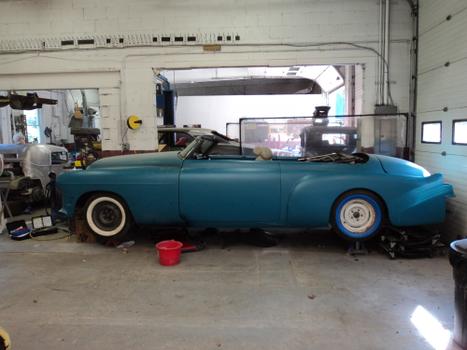 The '48 Caddy lead sled is just about ready for paint. Fired up the 2-4bbl 409 just this afternoon! Sounded awesome! Wiring done, chopped WS in, rag top chopped, rear wheels radius'd! Should be driving to the upholsterer Dec 1. Psyched!!! See new photos below! 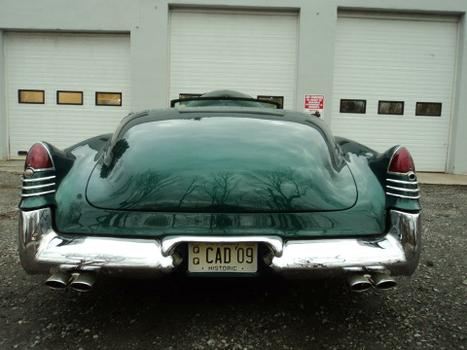 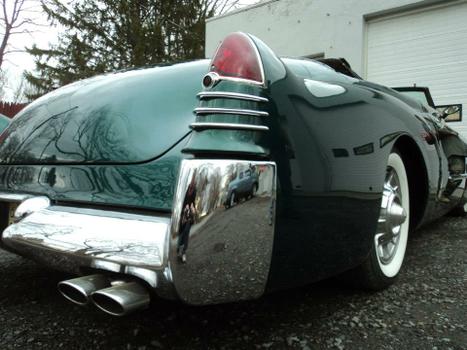 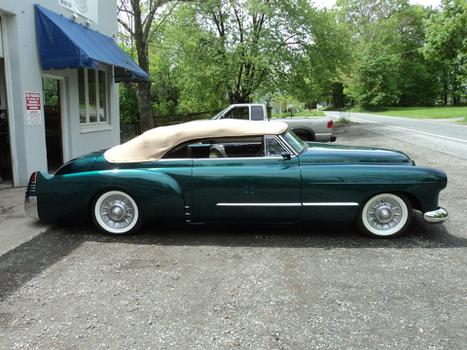 '48 finally finished! Many thanks to the crew at Valhalla Restoration & Fabrication, Rick at Richard's Upholstery and Les Dunham for all their hard work and creativity. Making firs public appearance at the East Coast Rod & Custom Show this March in Philly [edit text or order] (order=2.0) [delete photo] 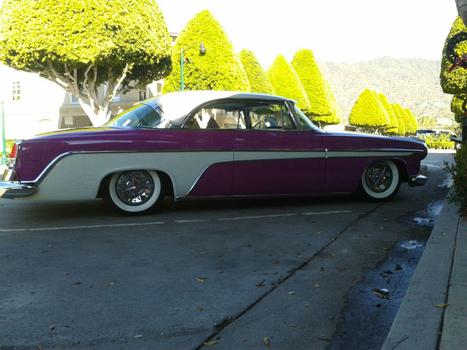 Built by Bob Matejzel and his son back in the 90's. An Awesome piece with white tuck and roll, hemi and some serious lowering. Runs and drives like a dream!!


Gettin' some vintage pinstriping done became a whole production! Many thanks to Alan & Carol for some super brushing and outstanding imagination!

I really enjoyed looking at this fantastic collection of sweet rides. Thanks for sharing them with us! I'd love to cruise on out to the drive-in with you in that gorgeous red land yacht! (Who wouldn't want to be seen in that car?!) Is it a Buick? Or a Ford?

I have to comment on that beautiful family heirloom, too. The 56 T-Bird is a lasting memory of your dad's passion for a great car. It struck me that it's a good thing he had the opportunity to realize his dream, and that is a good lesson for us all.

thank's for the show it made it down under, why don't you put some on flikr a web site were you can put all your pics onto

Thanks for the good words all. To MustangGirl - the land yacht is a Cadillac DeVille. Find the drive-n and I'll pick you up at 8!

Rambo 1942 cool video, great memories, thanks to all who were involved

Hey Bob, excellent collection, love the '29 a RPU, and the Harley is Awsome, I put about a million miles on an old Duo glide back when I was around 8 yrs old, it never left the neighbors car port but it took me everywhere !!! Also the Chris Craft is a beauty, my sister dated a guy that had a red '54 Merc conv. that he pulled a sweet Chris Craft with. I'm sure it had a big influence on my later love of cars.

my bad, I was thinking what you had typed about trading the RPU for the '29 A roadster, I recognized it as a T all along just got my wires crossed, I think it has something to do with the late '60's !!! I helped my buddy put this '27 T together a few yrs ago, http://img.photobucket.com/albums/v405/hotrod55tbird/27AW.jpg take care, Richard

Hey Bob, Thanks for sharing this with me, maybe one day we will get to cruise on the bikes togather, here in cincinnati. you have an Awsome Harley, this is were I would like to be at in life, rebuilding and riding them. Thanks so much.

Thanks Dave B Norwood OH