BASED ON NICK'S LIFE STORY 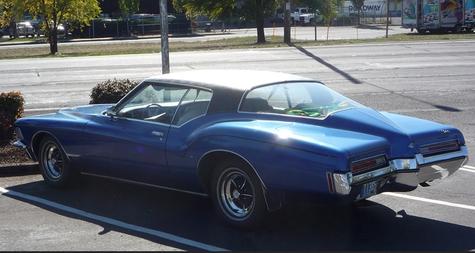 PLEASE NOTE - Before reading this 'Chapter 2' click on the fourth video below for accompanying music while reading this wonderful Memorial story and in respect for my two friends Joe and Gino......Nick

From: Nick To: Vito

Vito.........you met Joe Campagnola when you helped me move to Staten Island in 1964 and we were all in the moving truck together.........Roseann and I were old neighbors in Staten Island back in the sixties and were putting together some of the celebrities we met thru the years and it sort of grew a life of its own.......If any one else in this group would like to add some of their "celebrity encounters" I for one would certainly like and enjoy hearing of them.............I thought all concerned would be interested in this article about Joe's brother Gino...................Nick

From: Roseann To: Nick

Nick, I am more and more impressed by the amount of celebrities that you have known. I am almost sure that John had mentioned Joe Campagnola. In fact I might have met him. Nick you seem to have always been in the right place at the right time to meet all these people. Ro

From: Nick To: Roseann

When we moved to Staten Island he and several other friends would help me move in a rented truck, from Queens, NY to Staten Island where we would meet two other life time friends [you and John] ~

During my friendship with Joe I can remember him telling me about his brother Gino [1959 ] who worked on the mail desk at Paramount.......I can recall Joe telling me that he had tickets for the "Ben Hur" film thru his brother Gino and he and I were going to take the afternoon off to go see it in a local Manhattan theatre but for some reason or other we never got to go ~

During the course of our living in Staten Island the three of us [Gino, Joe and myself - 'The Last of The Mohicans'] would become interested in trap shooting [clay pigeon shooting with shot guns] and would go periodically to the only outdoor range in New York City that was located in Staten Island (around 1973) ~

Gino would later become President of the Canadian Paramount Office, I believe in 1987 ~ The last time I would see Gino was at Joes wake about 10 years ago but was too broken up to go speak with him ~ I googled Gino's name several months ago to find that Gino passed away in November 2009 ~ At that time I had informed John of his passing ~ 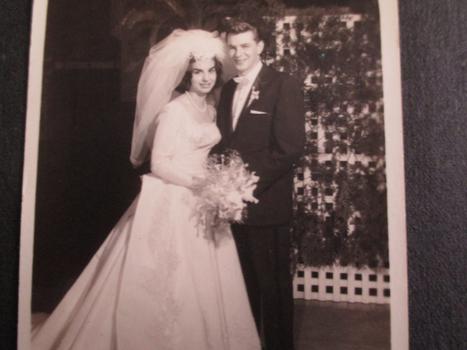 Well Nick, this one really hit a home run for me. I watch Casablanca probably several times a month. I'm a big Humphrey Bogart fan.......my favorite is The Big Sleep. Then when I listened to the theme song from Dances with Wolves, and all the absolutely gorgeous images that accompanied the music, I imagined myself as one of the first pioneers going west to find a new life, a new home, a new adventure. Great job once again Nick. Oh and that Buick Riviera was icing in the cake.

Thanks Rob for your 'Like','Thumbs up' and your generous comment too...There are so many great films that Bogart made that it is difficult for me to pick a favorite...Also imaginations with good music are one of the best things in life and do the soul well...Luv'd all those films you mentioned along with the Boat Tail Riviera as well, so keep on reading for further adventures and sometimes strange stories that will keep the heart pumping...Nick

I always enjoy your write-ups. THUMBS UP !!!

...Thanks my friend.!!!....I'm Always glad when someone reads and likes what I write...It just gives me a great feeling as it has again....

~ Tonight I watched a marvelous and wonderful film called " Listen to me Marlon " that came out in 2015 ~ It was all about Marlon Brando that contained many of his films and private film too along with still pictures of when he was very young with a voice of Brando himself that he taped when he was alive but that was later put together and produced in 2015 ~ This particular film even though Brando is no longer with us has received 3 and a half Stars and should be seen by all Brando lovers as it was well put together ~ In memory to Gino Campagnola this Brando film that was released in 2015 bought back memories of when Joe Campagnola told me about his brother Gina explaining to him that Brando made and directed a film called "One Eyed Jacks" that had tons of film made and was too too long and it was necessary to keep cutting out parts to shorten the film somewhat ~ Although I waited for this film to be discussed by Brando tonight it disappointedly never happened, unless it was shown in the first 15 minutes of the film due to my missing about that much of the beginning ~ Sorry Gino but I will attempt to see it again if it is ever shown again on Show Time TV ~

~ I have again come across this Brando Film called " Listen to me Marlon" on Show Time TV and this time I viewed it from the beginning, but am sorry to say that the "One Eyed Jacks" Film was not mentioned at all ~ Gino RIP between you and me I thought that this film was right up there in the films made with Marlon Brando and have made note of that fact in this comment for your viewing ~ Nick Mondelli

~Marc Rapisardi your dad John Rapisardi knew these two men when he worked in the MetLife Home Office back in the '50s and one of them Gino served his military service in Iceland ~ This link will take you to their story ~ ( This comment placed on FaceBook today) ~ http://www.americantorque.com/page/0/2413/

Nick, Readyour post about Joe Campagnola and was sad. To learn he passed several years ago. What ever happened to Pat Mondelli? Remember Brian Gribbon, he lives in Missouri now and spend a few months a few years ago as a winter renter in my community in AZ.

~ Since you posted your comment "Anonymously" I have to assume that this comment comes from Ed Purfield, based on the AZ note ~ Yes it was sad as I saw Joe a few months before he passed and he told me at that time that he had open heart surgery and the next thing I knew was that his name was in the obituary ~ Pat Mondelli is still doing OK as I still receive his Christmas cards each year and as for Brian Gribbon, that name sounds familiar but I just can't seem to place who he is or remember his face ~ Next time you see Brian tho tell him I said, "Hello" ~ lol

on Oct 6, 2017 Nick said: ~ So that I have a memory of who I sent this chapter to I am going to keep the name and date of each recipient in this comment, but if any one wishes that I not mention their name in this area just let me know and it shall be removed without any hard feelings ~