Inspired by a true Story 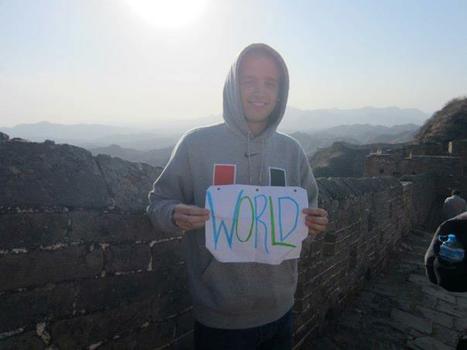 The attached message that you will find below, is from my grand nephew Mikey who has been selected with several others to attend college thru a working program (Semester at Sea (SAS) on a Grand Ocean Liner.....the Liner and these kids will be visiting many countries thru out the World including China, Africa, Japan and many others, just to give you a few destinations.....

Recently on their very first visit to the Bahamas six of them were almost kidnapped at gun point, but through the quick thinking of the police in that country, they were located, the kidnapers were hauled off to jail and the group of kids including my nephew, were bought back to their ship, so this trip is not exactly what I would refer to, as merely a "joy ride" but an actual hard working tour of distant lands......

When you read this message from Mikey [his actual words are better than any that I would be able to compose] you will further understand just a few of and some of the responsibilities that these kids [now young men and women] are coping with........Nick ((:0}>

Happy Valentines Day Mikey. I love you! Did you get my cake?

From: Michael To: Mom

Happy Valentines Day! Sorry I just got the email as the internet has been pretty scarce. I got the cake but we're waiting til the night before we get to Cape Town to have it since I wasn't sure if I was going to be eating on the ship or not last night.

So far, I absolutely love Ghana and would definitely come back here for a longer period for more service visits. The orphanage and Tema feed on Monday was unbelievable, and really made everyone appreciate their lives so much more. It really put "starving children in Africa" into a whole new perspective.

When we arrived at the orphanage we were given a tour of the area - the house where the people who work there live, the separate house for kids that live there that they've rescued from child trafficking and slavery from an area in Northern Ghana where its difficult for police to have much control over the situation. From there we had lunch at the home of the people who ran the program and then split up into groups either helping prepare and cook meals for the later Tema feed, painting a house, or helping at the school. Lauren and I and a few others worked at the school and got placed with the kindergartners, who were so happy to see us. They had a song that they sang for us and then we taught them a few songs and games like the hokie pokie, simon says, and then we helped them make valentines cards. After we finished that, school ended and we took them out back to play games, run around, and taught them how to dance to some of our music.

The kids who live in the nearby village took the bus home while the kids who live at the orphanage stayed behind and played more games. Once the group that was cooking for the Tema feed finished packing the 600 meals they prepared, we then hauled them into a truck and then headed to the Tema town nearby.

Here was when we really got to see first hand how so many children are starving in Africa. As soon as our bus pulled up we saw over 700 children rush over, ecstatic to see us. We got out of the van and the car with the meals backed into the crowd of people. We first tried passing out the meals and it was mass chaos - the kids were stampeding, trampling, punching, crying, fighting to get to the car and grab a meal. We had to stop shortly after to form a barrier around the car, and calm everyone down. But as soon as we opened the car to give more food out they were still going crazy, and the barrier didn't help. In what seemed like seconds, we ran out of meals and there were still at least 200+ kids that went without a meal. At this point, most of the people in our group were in tears, experiencing how kids are fighting each other just for one simple meal. It was also extremely upsetting to see how many still went without food.

Everyone then had to say goodbye and go back onto the bus back to City of Refuge, almost everyone in tears and pretty much silence the whole bus ride back. Once we arrived back, we had dinner with the families that live at City of Refuge. They made us fried rice, salad, and fried chicken, which was delicious but most of us had zero appetite due to the image that we couldn't get out of our heads of all of the starving kids. We all basically felt guilty for eating, after what we had experienced. We then watched a documentary that a group of NYU students created about city of refuge and child trafficking in Ghana. We then had a chance to ask some questions, then we had to say goodbye to everyone and head back to the ship.

It was honestly my best experience so far on SAS and really hope to do more with volunteering and service visits in other countries- by far the best 50$ I have ever spent in my life. After that day, yesterday we walked around Tema just passing through markets and met a group of Ghanaians. One of them wanted to marry our friend Michelle and her "fiance" wanted me to marry his sister. They offered to show us around all of Ghana, but we had to head back to the ship. Everyone in this country is extremely friendly and willing to help with anything. Today, we took a shuttle to Accra which is the main city in Ghana, but there was not much to see. We went to the "Art center" which was a large area of markets, where we bought a bunch of different African jewelry and artwork. We're not sure what we're doing tomorrow but I will let you know how it goes. I love it here

Love and miss you,

Clicking on the above link will get you to a Photo of Theresa Caputo - Medium; and Mikey's mom Angela Ries Caputo.....

In order to view photo Facebook membership is required tho.... 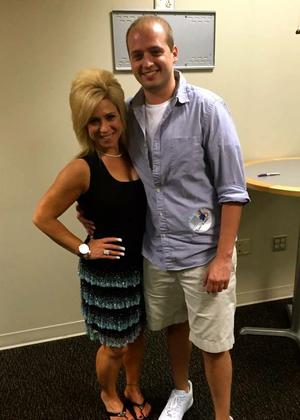 This photo is of my nephew Mike Reis and the young lady, some of you may recognize is of Theresa Caputo the famous Long Island Medium 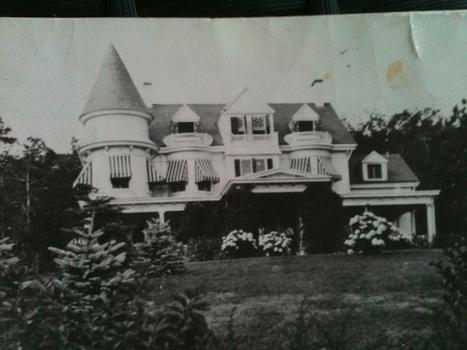 ...This photo is of the old Bayville house 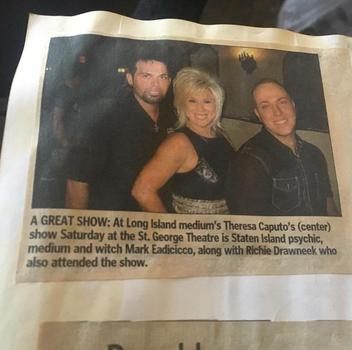 ~ Today on February 10, 2017 which co-incidentally is my Dad's ( Michael ) Birthday and Mike Ries' Great Grandfather's Birthday too, I accidentally came across this video lol ~

Where does the time go? Can't believe its been two years since Lauren Elizabeth and I first stepped foot on the MV Explorer together and took an epic journey around the world, met some of the most amazing people, and created endless memories that will last a lifetime. The things I would do to go back two years today... anyone have a time machine?.......Mike Ries

This is awesome! Thanks so much... crazy how fast time goes by, still feels like I was there yesterday......Mike Ries

hahah I wish. She's touring all over the country/Canada right now. Maybe when things slow down. Miss you too! Yesterday at 1:06am · Like · 1

at your college graduation party and unbeknownst to me I sat next to Mrs Caputo who's son is married to Theresa...We discussed the old Bayville house for a while and I don't know if the erie feeling I felt was due to the ghosts in that old Bayville house or Theresa's medium talents.!!!...

...Theresa Caputa has been married to Larry Caputa for 25 years and just recently celebrated that Anniversary...

...Early this morning for the very first time, from 1:00AM to 1:40AM I saw a segment of Theresa's Medium TV Show on TLC that was first viewed on the air at 4/12/15...It had to do with Theresa visiting a women and than later a male prison where she spoke with the inmates of each prison involved separately...It was indeed very interesting.!!!...

~ on May 24, 2017 Nick said: ~ So that I have a memory of who I sent this chapter to I am going to keep the name and date of each recipient in this comment, but if any one wishes that I not mention their name in this area just let me know and it shall be removed without any hard feelings ~