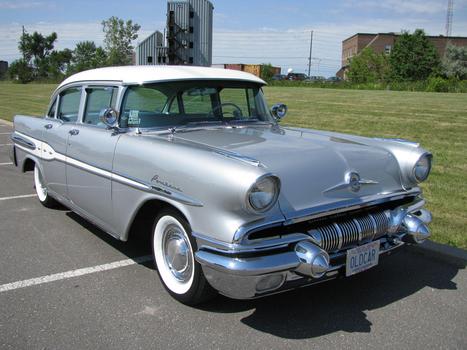 My Canadian 57 Pontiac Pathfinder Deluxe sedan. Built in Oshawa, Ontario, Canada in July 1957. Sold originally in Medicine Hat, Alberta, Canada by a Pontiac/Buick dealer named Amos. Came back to Ontario, Canada in 1979. I bought the car May 1996 in Omemee, Ontario, Canada and restored the car original from October 1997 to May 1998. The car has many factory and dealer accessories and I drive it on average 4,000 miles a year from April until November. My 57 has the original 261 inline six cylinder motor and three speed stick on the tree. In 1957 just over 48,000 Canadian Pontiac's were built and this was very good numbers for Canada in 1957. The car is a dream to drive and I show the car in memory of my dad Anthony (1927-1993). My mom and dad owned the same car from 1959-1970 and I grew up with it and continue to have fond memories of our family's 57 Pontiac. Cheers. George 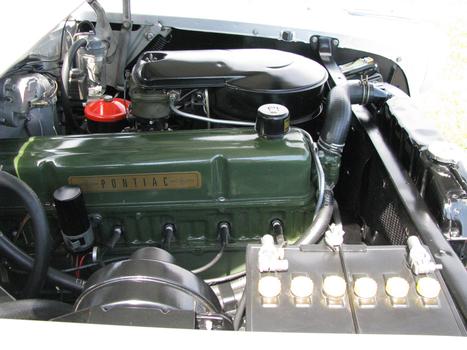 Original 261 in line six cylinder motor with a ground pounding 148 h.p. These motors were standard in Canadian Pontiac's from 1955 to 1962. 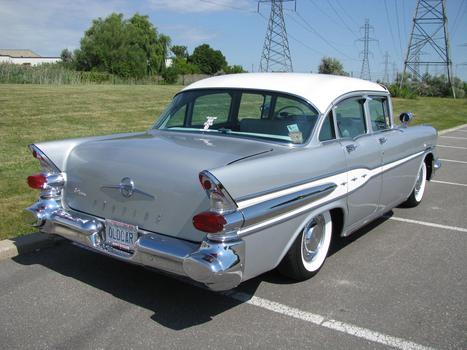 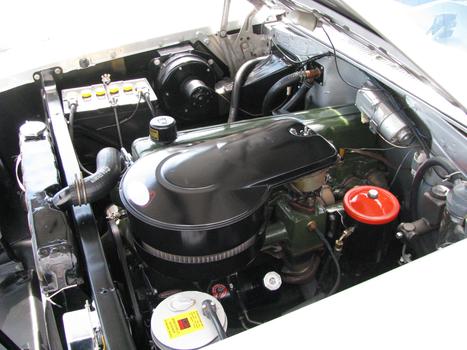 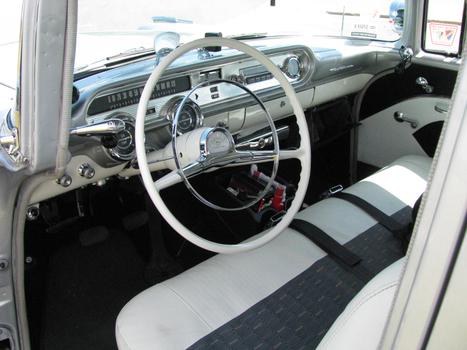 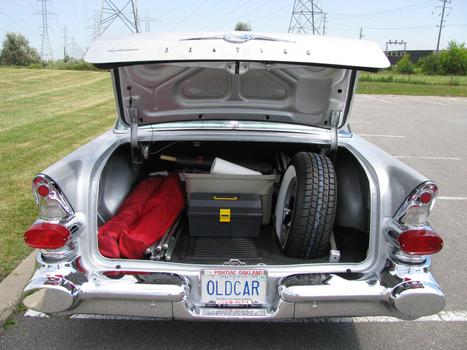 Lots of room in the trunk for everything I need anyway. 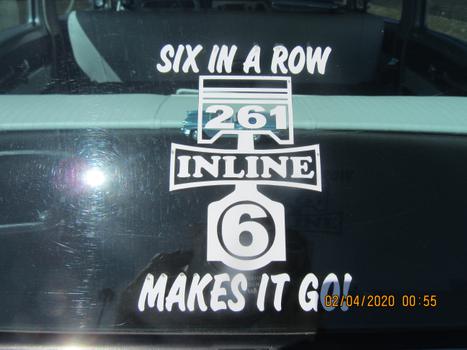 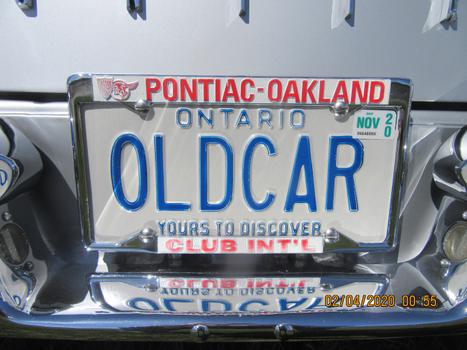 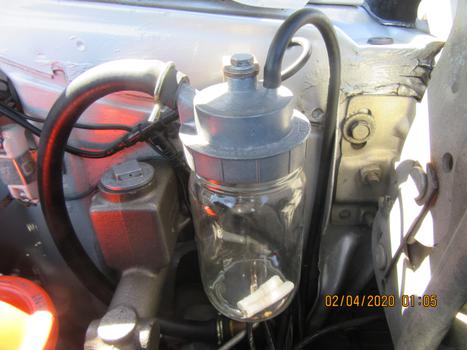 Vacuum ashtray a rare accessory from 1957 to 1960. It actually works off engine vacuum and even though I have never smoked, it is still a cool gizmo. 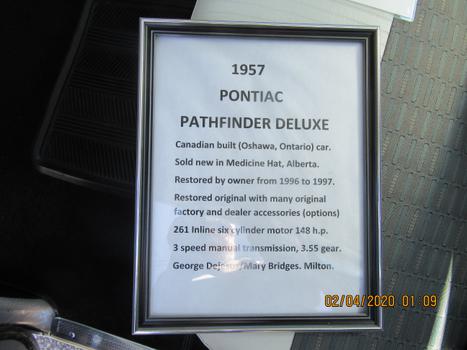 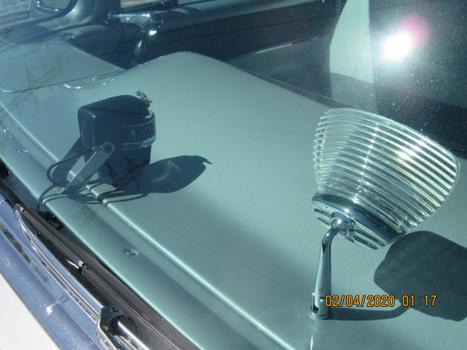 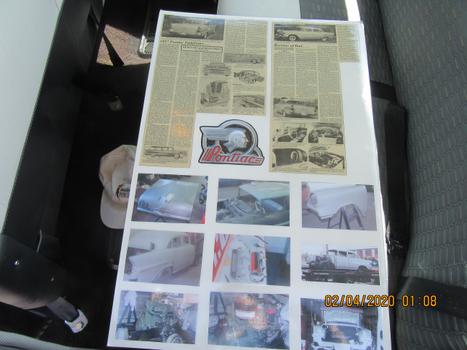 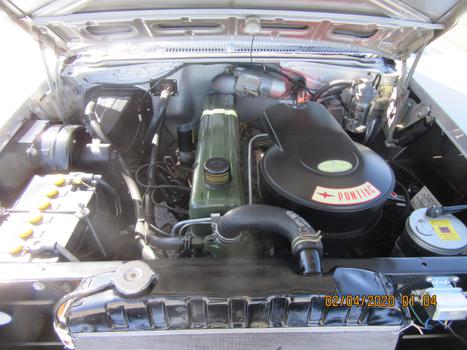 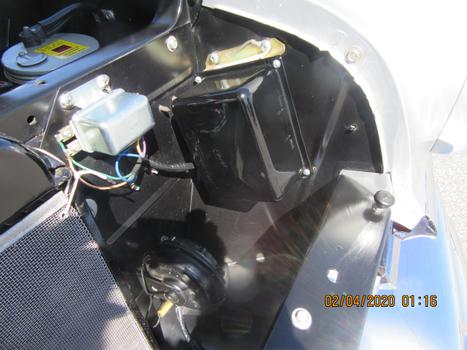 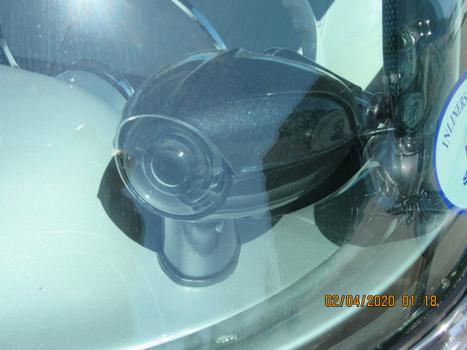 The electronic eye of the Autronic Eye system. With high beams on, an oncoming cars headlights would hit this eye and dim the high beams. Then the high beams would come back on. Works amazingly well. 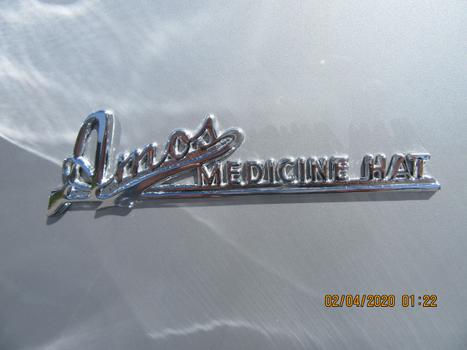 The dealer that originally sold my 57 in Medicine Hat, Alberta, Canada. 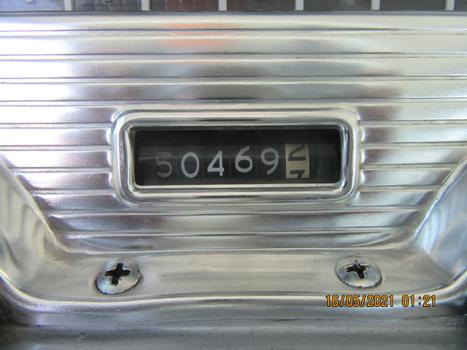 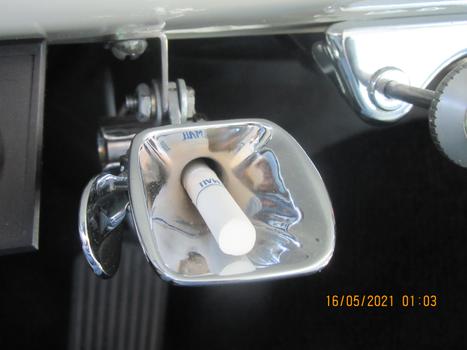 Very rare original vacuum ash tray that actually works. They now reproduce this accessory for about half the cost of an original. I have never smoked cancer sticks but I have always loved this 50's gizmo. 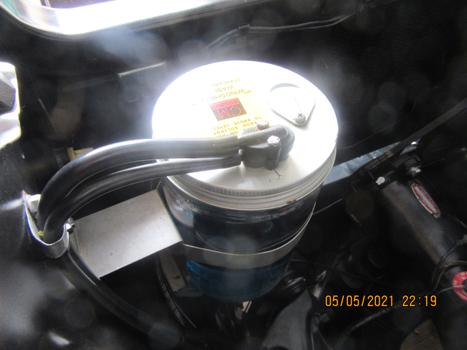 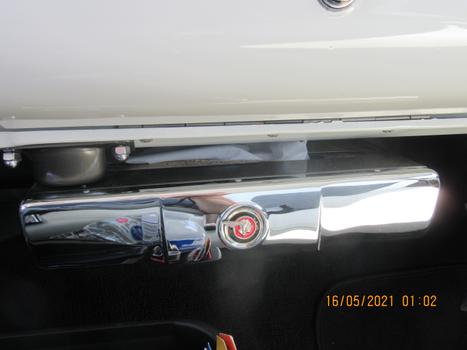 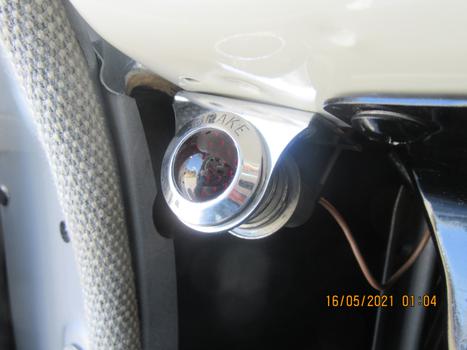 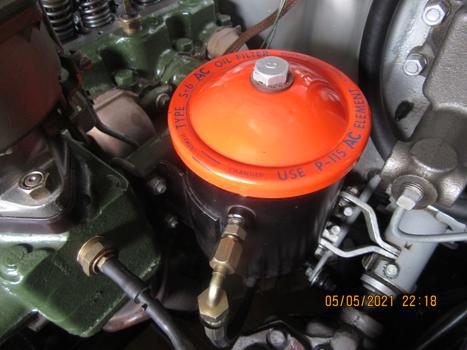 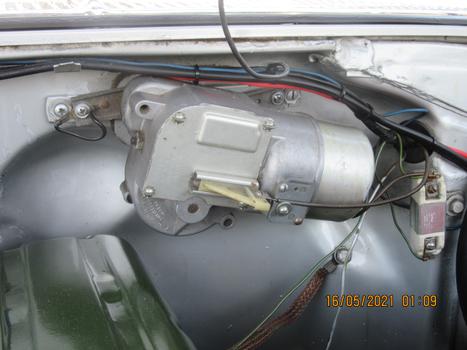 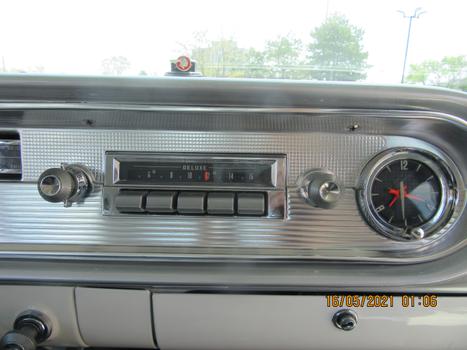 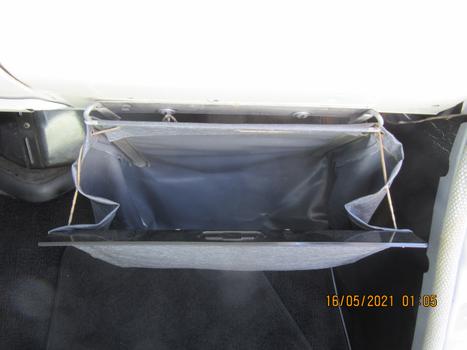 I really appreciate all the thumbs up on my pride. Thank you and cheers.

Congrat George, you did awesome job. I just recently joined this group, as a new owner of 1957 Pontiac, same as yours, but not restored yet. I bought it two weeks ago here in BC. I ned some help with vehicle info, if you are willing. Thanks in advance!

Beautiful 57 Pontiac George and I really like how the car brings back memories of your mom and dad. I know how you feel. Cars bring back memories of my parents, family, friends who have passed also. Best regards, Mario

Mario, thank you for the kind sentiments. Family is number one and our love for vintage cars right after. My dad had a company car from 1967 to 1969 that was a low end 1967 Chev full size wagon that was white with a blue interior. I remember as a kid thinking that that car was huge. Mario, thank you for posting all that amazing vintage Chevy stuff, it is very well appreciated sir. Cheers.

You're welcome George and I agree Family is number one with vintage cars right after. Mario

My uncle was a Pontiac Mechanic and it was in his DNA blood so much he would wear a warbonnet at dinner time to remind the kids where the check comes from and WHO is the CHIEF. It worked.

That's a great story from The Greatest Generation! My parents and In-Laws were also from that era and the amount of Patriotism they showed was enlightening. It rubbed off on me and I in turn instilled it on our adult children!

Mario, kudos to that. All that is mostly lost now a days with younger folks, I am sad to say.

I just need to mention, that this is not the same exact car my parents owned from 1959 to 1970. By 1970 my parents 57 Pontiac was a rusted out mess but it was the engine blowing that made my dad get rid of it. My 57 is an exact duplicate of my dads 57, except I have added much more accessories than my dads car ever had. It would have been sweet to have owned the same 57 my dad had but at least I have my dads 74 Chevy Caprice Estate. Cheers.

Finally got a chance to look at your page. Great car. Well-presented with lots of information. So nice to see a Canadian car here in Ontario where all the '50s cars rusted out before they were thought of for collecting. Great stuff!

I don't have any of my Dad's cars but I managed to hold onto the original hood ornament from his 1952 Ford Customline. He gave it to me when he bought an eagle hood ornament and changed the original on the hood. I also have many of his old NY plates with the number 59MR. His house number 59 and his initials MR. Good keepsakes that will go with me! Mario

I appreciate all the kind words regarding my pride and joy. I have now had her for 25 years and many many miles of cruising to shows over the years. A very reliable car that always starts cold with two pumps of gas. In 25 years only let me down twice, once because the original starter fried and once because an original rear wheel bearing went. I have no issues driving this car anywhere. I enjoy usually being the only 57 Pontiac at car shows. I get many nice reactions from folks because it is a car you do not see very often. I look forward to spring to hear that sweet 261 in liner six hum again. Cheers.

Isztvan56, I would be glad to help you any way that I can. What are your concerns with your 57 Pontiac. George

Hey George, try out the new game Brandon and I worked on called Name the cars with the Hidden Gas Caps. If you ever pumped gas at a station and are our age you should do well. The game went live today. Regards, Mario

It is still a great game to play, check it out. Cheers. GM still rules in the hidden gas cap game.

I would like to thank everyone that took the time to give my ride a thumbs up. Thumbs up to all you good folks and cheers.

Just as I wrote to Mario, thank you for posting unique and interesting threads I don't see on other websites.

Keep up the good work and have a Blessed Christmas.

Rob, right back at you my old car brother. It is a joy and pleasure to share old car stuff with the American Torque brotherhood. Hopefully old car Santa leaves you plenty of Vette parts under your tree this Christmas. Cheers.

Happy New Year 2022 George! Let's hope we can go to more car shows next year and post the pictures. Wishing you good health and happiness for 2022! Mario

Happy New Year George to a dedicated member of the the American Torque Brotherhood. Or is it PERSONhood now?

Let us enjoy our best memories of 2021 which shouldn't take long.

Make new and better memories in 2022. And always remember, it's better to give than receive so post up those threads and comments and give us all the enjoyment we need as we go through 2022.

As I looked through your page it was fun as my Grandfather always drove Pontiac’s. Never seen or Heard of the ashtray , that is so cool. Would love to see your car in person. Wish you could bring it to my large Veterans car & Motorcycle show.

Bear, thank you for the kind sentiments, it is very much appreciated sir. Cheers.