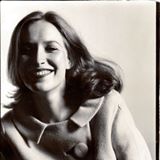 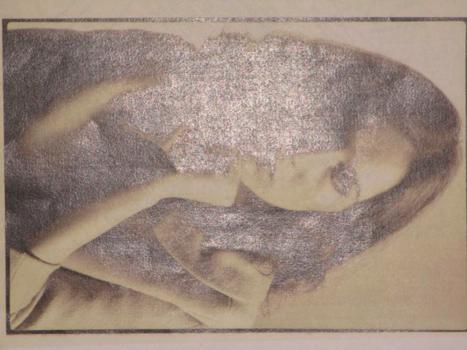 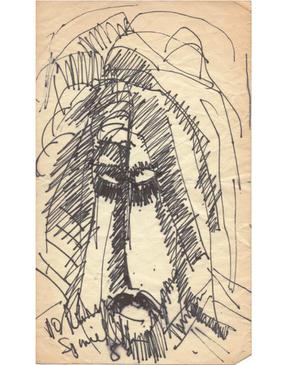 ~ Joe Spinnel drawing of him and Claudia signed, "To Ruby - Spinnel" and than he said to Claudia 'For You' ~ Unfortunately the rest of the words are ineligible ~ 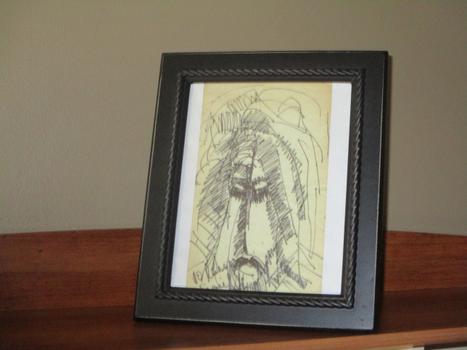 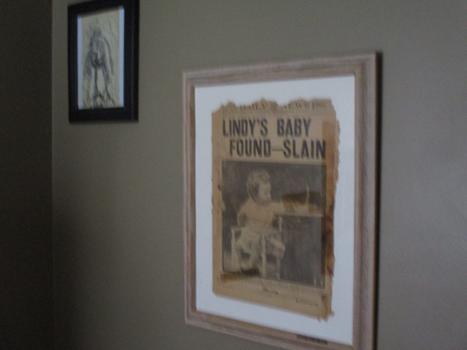 ~ Joe Spinnel's RIP enlarged copy of his drawing, made about 2 months before he passed has been framed ~ 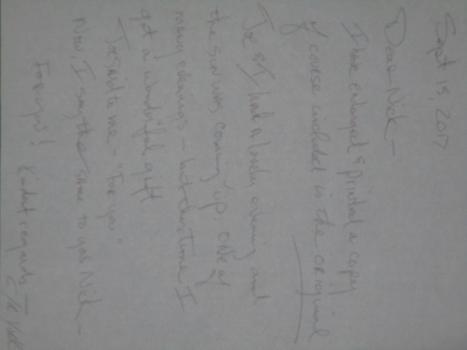 "Hi from an old friend. WHO r u guys and did you know Joe? I have a small sketch he did for me, it is a self portrait, signed. Joe drew it as we sat in my apt. talking until dawn. We did that a lot. I am hesitant to share - I want it to go where it belongs and is appreciated. - Joe's friend"

You're friends on Facebook AIDS Counselor at BELLEVUE HOSPITAL CENTER SEP 4TH, 10:07AM

~ Claudia York said, "I was a friend of Joe Spinell, you are related? I saw your post on his tribute page "

Nick said, ~ "Yes we are and his sister Grace who is still living is my daughters godmother ~ Her husband Gus RIP is my wife's uncle I will try to find their picture and add it to this link "~

Claudia said. "Joe sketched a lot - in the late 80's just before his death he did a self portrait with me at my home. small drawing, signed. Interested?? I want it to not be lost to history"

Nick said, "The picture of Uncle Gus and Aunt Grace may be in this Story that I wrote up awhile ago ~ http://www.americantorque.com/page/0/2437/ Chapter 20 - Sicily Italy

~ Elizabeth my beautiful wife ~ Photo taken in the early '60s by yours truly, where we lived in Sunnyside, Queens in the same building that Aunt Grace and Uncle Gus also lived too" ~

Claudia said, "I will be happy to mail it to you. It says To Ruby -Spinell -Did you see my page I was at one time (married) known as Ruby Stoner (show biz!)

Nick said, ~ "When my wife and I were married in '61 we moved into an apartment in Sunnyside that turned out to be the same building that Uncle Gus and Aunt Grace lived in ~ I would think that Spinnel would have wanted you to have and keep that drawing" ~

Claudia said, "Yes, I loved him dearly as a friend. He drew his own self portrait just 3 or 4 months before he died. He looked at me across the sofa and said 'for you.' We were close. I am not in good health, I have copd and a ruined spine from 911. I don't expect a long life. I left NY for the Mts of NC in 2014 as I could no longer work. I got disability from 911. I want someone to have it, am afraid it will be tossed away after I am gone. If you change your mind, you have my #."

Nick said, ~ "Claudia I have another written subject that contains "The Godfather House" on Staten Island that was used in this filming ~ if you would like to see and read it just let me know" ~ SEP 5TH, 9:37AM

Claudia said, "Of course I would, thank you"

Nick said, "~ Claudia I once told you that I met Robin Williams, well here it is just for you ~ In 1990 Robin Williams and Jeff Bridges were on 24th street filming several scenes from the movie "The Fisher King" and as I worked in the building next to this filming I and a friend of mine named Herb were both able to stay on this street during the filming, even though it was closed off to the public and we both got to speak to Robin Williams for some length of time..After speaking to Robin and he later was in various parts of 24th Street, he always took the time to wave to us after he finished his acting part......Great and friendly guy was Robin.....As far as I knew Herb and I were the only non-cast members on that block" ... If I remember right but am not certain as the picture is not clear enough, the two people in the background to the far right might be Herb and myself just before we met Robin Williams RIP on May 21, 1990 on 24th street and Park Ave South.....The park at the other end of this building is Madison Square Park.....Robin was nice enough to come into the area of the building located at Park Ave South, as shown in this photo, to speak with us after we called to him during that period..... The credit for this picture goes to the incredible actor Jeff Bridges..This paragraph along with the url were added on August 22, 2014 almost 25 years after the photo was taken... I retired from this job in 1992... http://www.jeffbridges.com/robinwilliams.html

Claudia said, "HEY NICK!! I met Robin too! He came to see my husband play at The Lone Star on 5th AV. Isn't NYC the BEST place in the world? EVRYONE is there just walkin down some street and you can find a great person to chat with."

Claudia said, "Afternoon Nick! Expect a "Priority Mail" envelope in a couple of days. Just got back from the P.O. - enjoy, take good care, hope it ends up in a frame. Yours to post on the Tribute page if so desired. Joe would be happy! kind regards, C/R"

Nick said, ~ Thanks Claudia and yes I expect to put it in a frame and I might also post it in his Tribute page too ~ I know he will like it" ~

Claudia said, "You know I loved him much, and I hope you will tell how it came to you if you do post. If you remember I asked "WHO R U GUYS??" So important to me it ended up in the right hands, YOURS as it happens. I think Joe would like this but remember to ME it is so personal. It's handing down an heirloom from my life. Several people have asked me for it but it didn't feel right, now it does. After all is said and done, you & I must talk in real life as I want you to know about his last days. That is NOT something to share with FB strangers. I would never betray Joe, he would show the same respect for me. I miss him Nick, as YOU do. AND the Postman rings twice!! with love Ruby (Claudia)"

Nick said "~ I completely agree with you Claudia and basically that's what the chapter that I wrote up from our conversations was all about ~ http://www.americantorque.com/page/0/3713/

Claudia said, "I so love this photo of Joe above , I saw that "look" so many times!" (Please see 1st photo below)

~ By the Hudson, 2002 NYC I whispered your name to the river The river told the ocean. Many nights and many miles from here a fisherman far at sea will hear a wave call your name. I threw a stone into the river and made a wish. A thousand years from now the water and waves will polish it smooth. It will wash upon some shore where a young girl will pick it up and perhaps make the same wish. I hope HERS comes true. - C S York 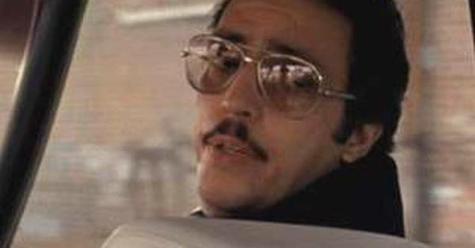 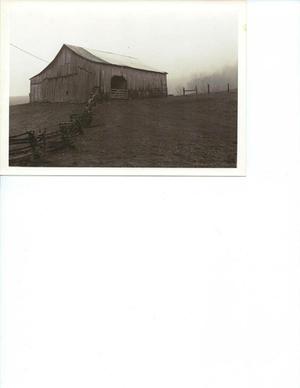 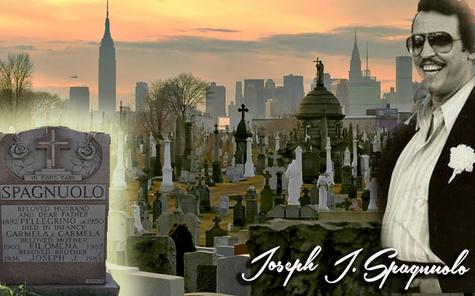 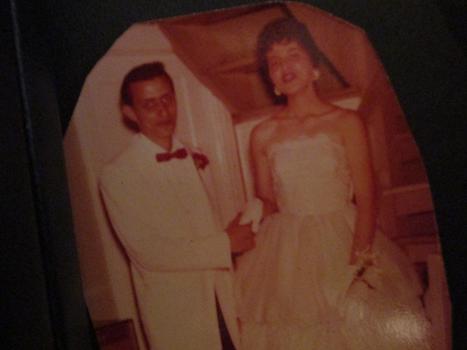 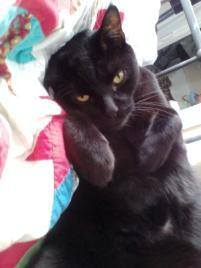 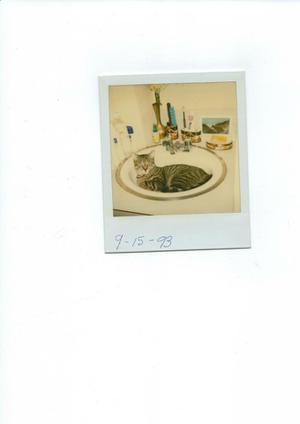 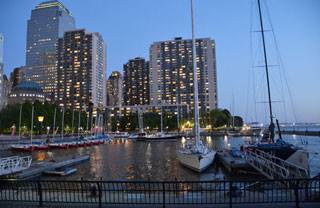 ~ After some of the restoration, this boat bay was brought back to it's original design with the ship's tied up at the dock side ~ 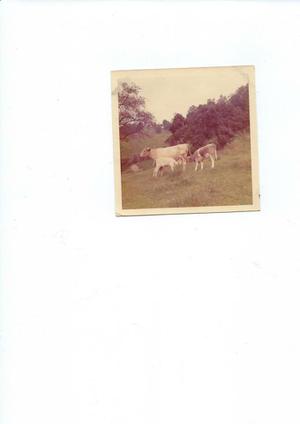 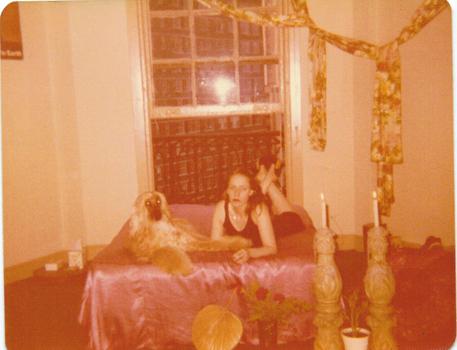 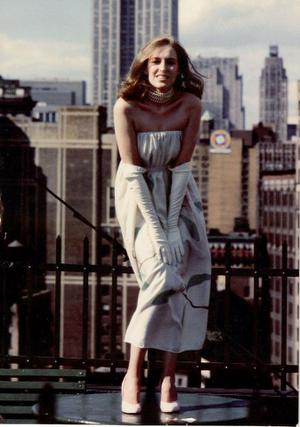 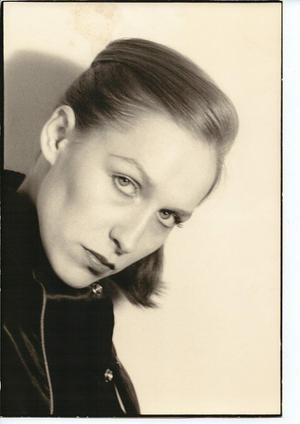 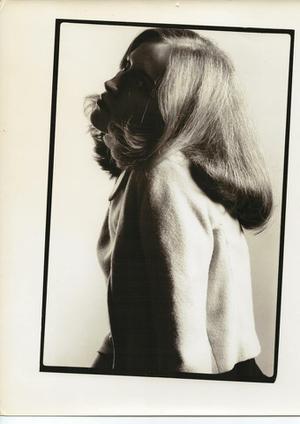 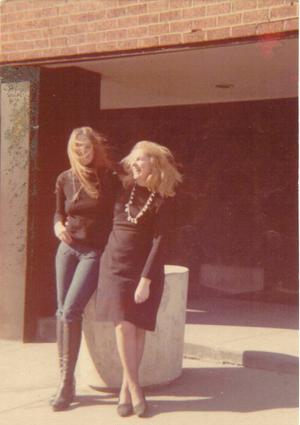 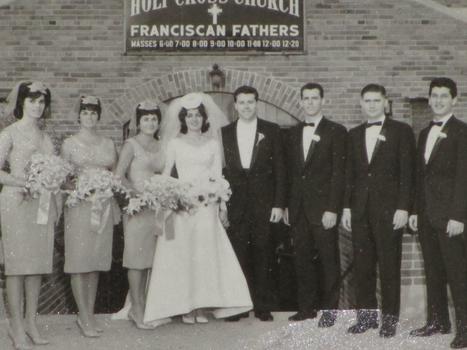 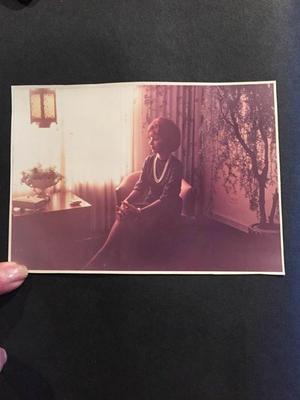 ~ Elizabeth my beautiful wife ~ Photo taken in the early '60s by yours truly, when we lived in Sunnyside, Queens in the same building that Aunt Grace and Uncle Gus also lived too ~ 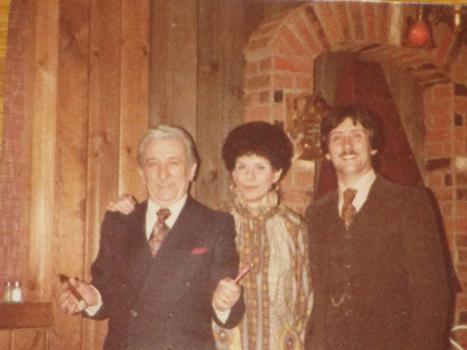 ~ Photo of Uncle Gus, Aunt Grace and their son Robert ~ 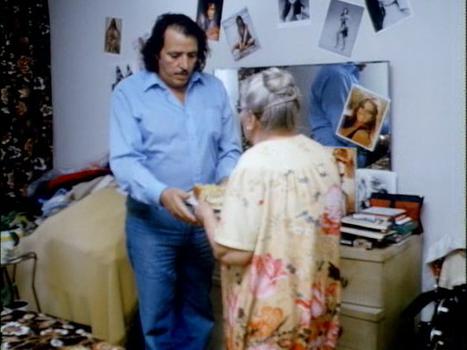 ......Joe Spinnel and Mom.....From the photos on his wall I believe this picture was taken some time after his "Maniac" (1980) Film was made and completed....His mom (Filomena Spagnuolo) was in the Film "Easy Money" (1983) starring Rodney Dangerfield and Joe Pesci that was filmed mostly on Staten Island...Below you will find a Film Clip of one of her scenes in that Film... 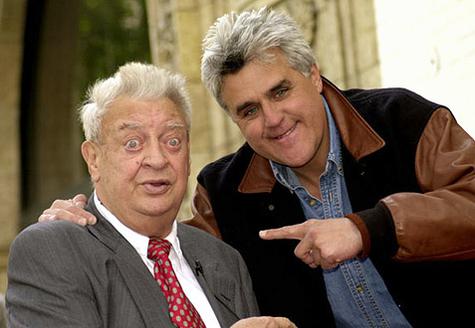