Haul Your Horde in a Ford

I built this Street Machine in the late '70s/finished in '80, and first shown at area and I.S.C.A. Shows in the early '80s. Car was found behind a corn crib and full of 'critters' where it had been sitting for 10 years (since 1976) when the project started. Rebuilt with Parklane trim, bullnosed hood, filled seams, and painted '72 Thunderbird Medium Moondust Blue Metallic and '72 Lincoln Light Blue tutone. Power comes from a '68 Ford 302 with rumpy Comp Cams cam, dual point distributor, Accel Super Coil, Cyclone Headers w/Hush Thrush mufflers, and Weiand Tunnel Ram intake and twin 600 c.f.m. Holley carbs and Holley red electric fuel pump. This is backed by a Ford Top-Loader 4-speed w/Competition Plus shifter and '59 Ford nine-inch rear w/3.50 gears. Disc brakes from a '69 LTD were used up front. Crager S/S wheels were added in various sizes...from "high to low". Originally had a straight kit for it, but went a different direction!! Inside is a pair of '75 Olds' swivel buckets, a '64 Galaxie 4-speed console and original fold-down rear seat. Eveerything inside is covered in Bimimi Blue Naugahyde and Blue Crushed Velvet...hey, it was built back then LOL!! A Sun tach and oil, water, and volt gauges were added to the dash, along with an AM/FM 8-Track Cobra stereo with Triaxial speakers front to back. Mild pinstriping in tutone blues and the Riverboat Gambler cartoon graphic on the tailgate were all painted by the late artist "Carob" (Bob Butterly). Body and paint work were done by good friend Jim Beck and interior was done by me, my girlfriend at the time (now wife), and Tri-B Trim Shop. This car has been featured in various magazines over the years, including Rod & Custom in more than one issue. 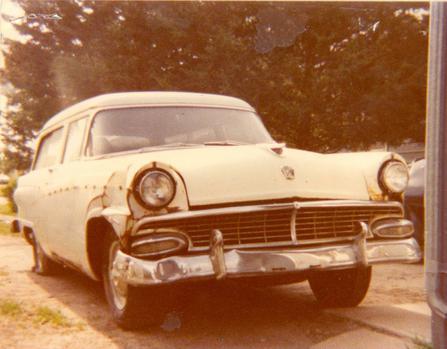 What we started with... 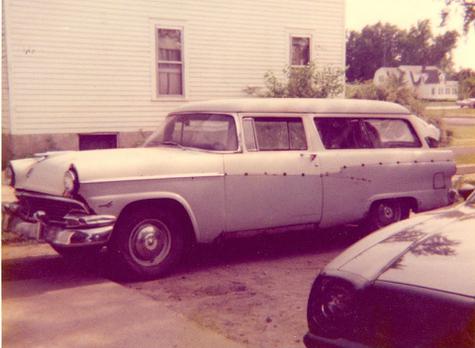 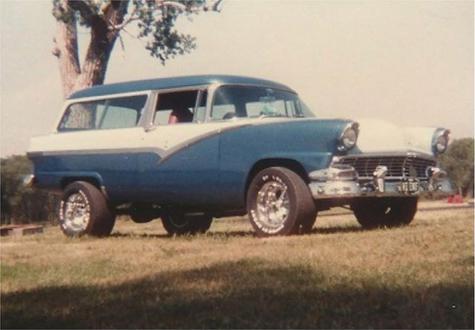 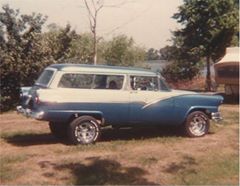 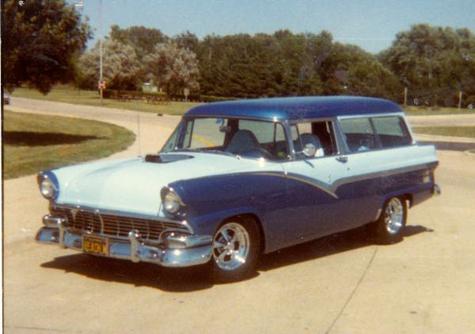 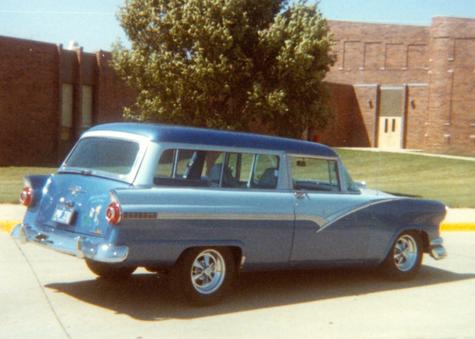 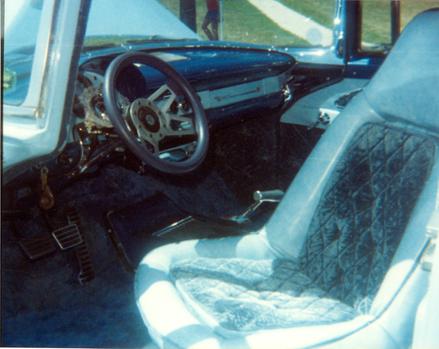 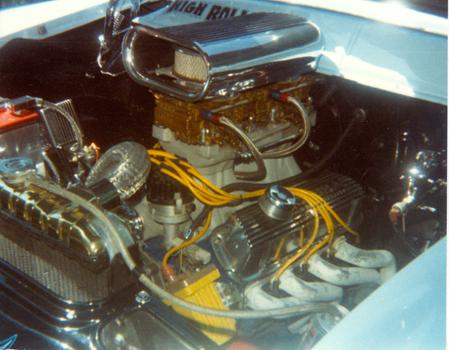 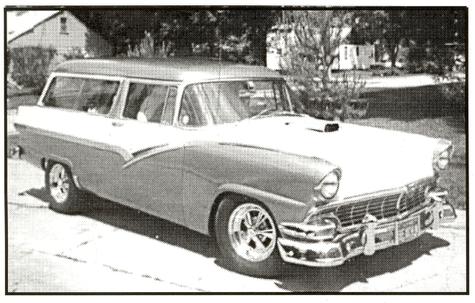 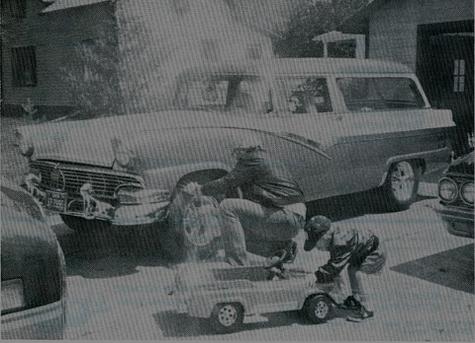 My son and I getting ready for a show... 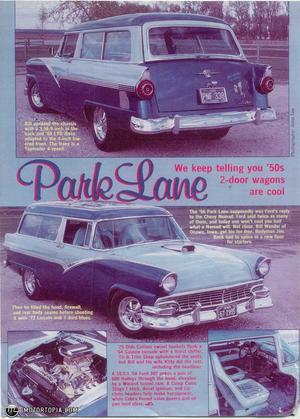 Beautiful 56 Ford Ranch Wagon. So much care and work into making this a real show car. Love the color blue with white, awesome engine and interior. Hope you still have this beauty. Regards, Mario

The 1956 Ford Fairlane has always been at the very top of my list for Ford. If I ever owned a Ford, the 56 is the one. No doubt about it. Sweet looking time machine. Cheers.

I agree George. I remember when a neighbor bought a new 56 Ford (I was 8 yrs old). My Dad had a 52 Ford and I admired the 56. It seemed so modern to me. The 56 Ford was also first year for 12 volt system which made a big difference with power options and lights. Cheers, Mario

Me, too! I LOVE '56 Fairlanes, always looking for one. That is one cool wagon.

What a great ride to take to the Drive In movie theater..........the movie plays in the front while the owner plays in the back....

Hey High Roller, try out the new game Brandon and I worked on called Name the cars with the Hidden Gas Caps. If you ever pumped gas at a station and are our age you should do well. The game went live today. Regards, Mario