Mario's Tribute to 1953 Dodge Firearrow I 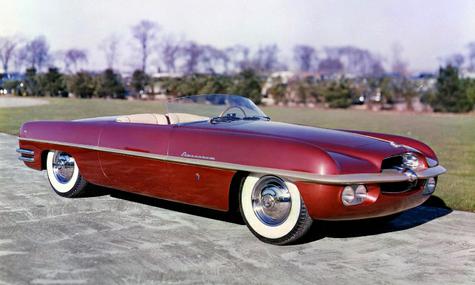 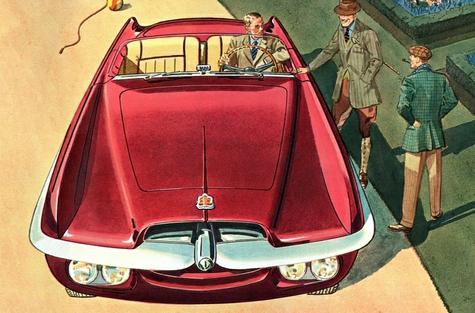 The series consists of a full scale mockup (Firearrow I) and three other running Firearrows which I will showcase separately. 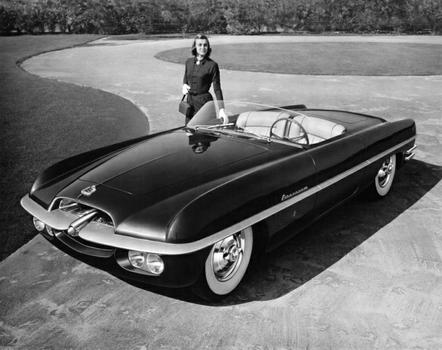 The Firearrow I is a 2-seat Roadster without a chassis or engine, a full scale mock-up show car. 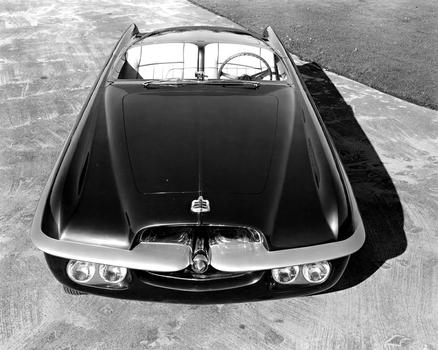 The first Firearrow of 1953 came out of Chrysler's advanced styling studio and was a mock-up. Three full sale running Firearrows followed in 1954. 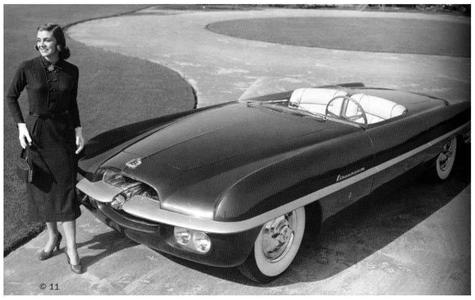 It has a body side molding that wraps around the entire car, clean lines with wheels tucked neatly inside a wide roadster body and a bullet-shaped ornament. 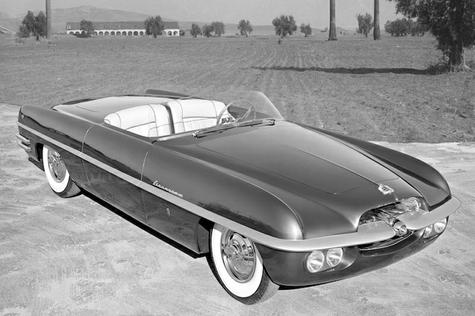 The Firearrow I is a sleek roadster created in 1953 with dual headlights, full wheel covers and a frameless windshield. 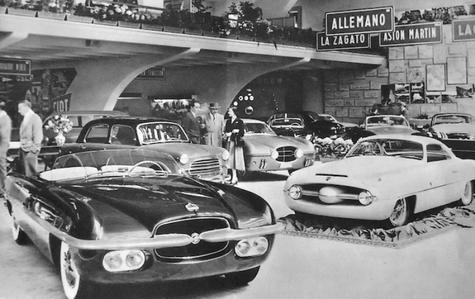 The Dodge Firearrow I made its premiere at the 1953 Turin Auto Show painted red & gray. 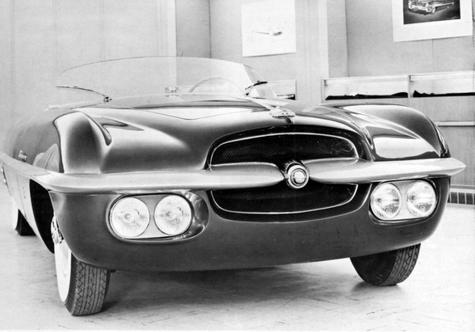 The Dodge Firearrow, a sleek, 34-inch-high maroon sports roadster, is a new idea car of the Dodge Division, hand-crafted by Ghia of Turin, Italy. 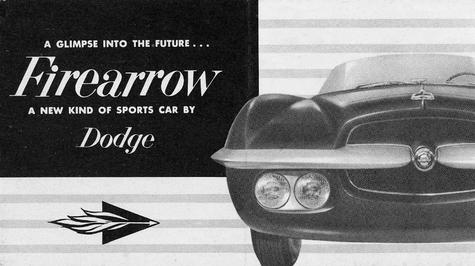 It is a two-seat full-size mockup that rode atop a 1954 Dodge chassis but had no engine. 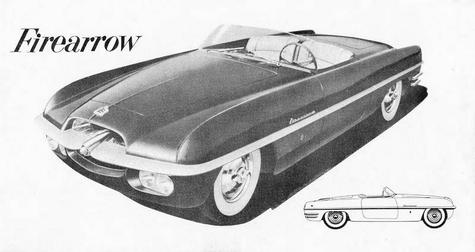 It has a dramatic gray molding that culminated up front in a handsome, blade-like bumper split by a single pod. 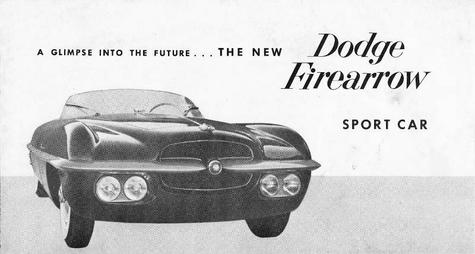 Establishing a proportion Exner strove for, this 1953 Firearrow I was more than twice as wide as its body height at the cowl. The body itself is flat and broad. 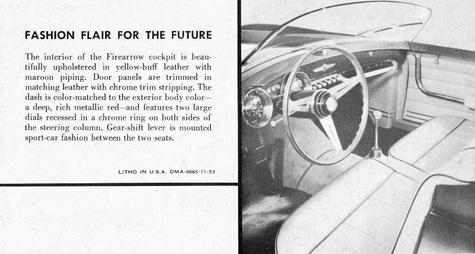 The Firearrow I has exposed dual exhaust pipes on the flanks of each side of the car.

The 1953 Dodge Firearrow I survived and is currently on display at Petersen’s Museum in Los Angeles Calif.

All 4 Concept Cars will be shown on separate pages for your viewing.

These were very modern cars for the time and Chrysler was trying to find out what the Post War young people were interested in.

Interesting how Chrysler had all these two seater concept cars, yet never built a two seater for the market. I guess they learned from GM and Ford that there is no real money to be made selling two seaters.

Very true George, Chrysler built 4 versions of the Dodge Firearrow. The first three were 2 seaters and the 4th was a 4 seater. But none went into production. Their financial position was not good and it took a few decades to overturn. But at least these 4 Firearrows survive today for us to see.