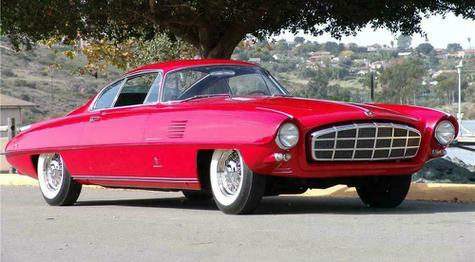 1 The 1954 DeSoto Adventurer II Ghia was commissioned by Chrysler and designed by Ghia for the European car show circuit. 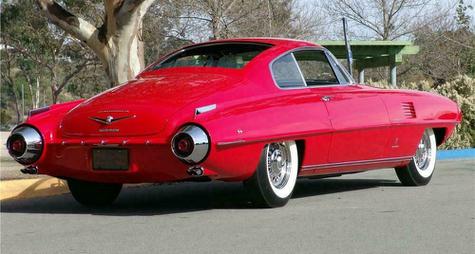 2 The DeSoto Adventurer II Concept Car was more Ghia of Italy than Exner of Detroit. 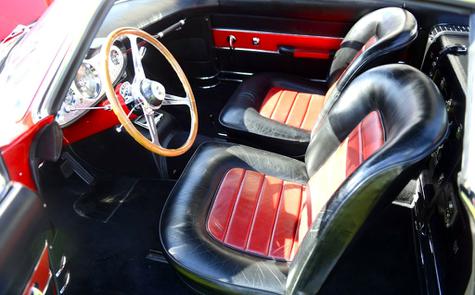 3 The DeSoto Ghia was much more of a two-seat grand tourer rather than a sports car. 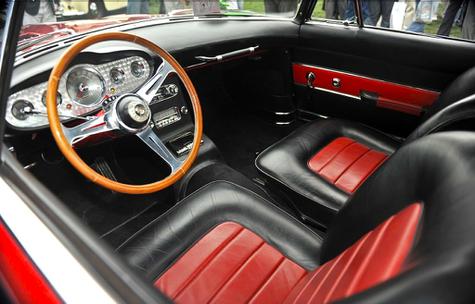 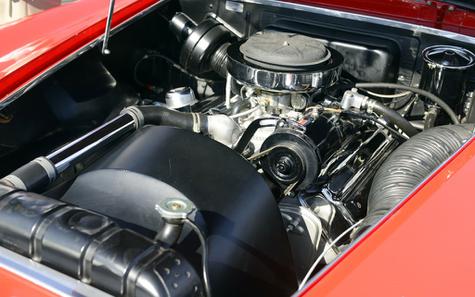 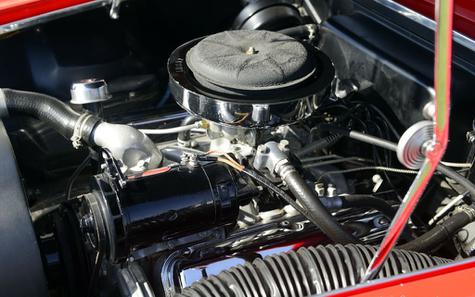 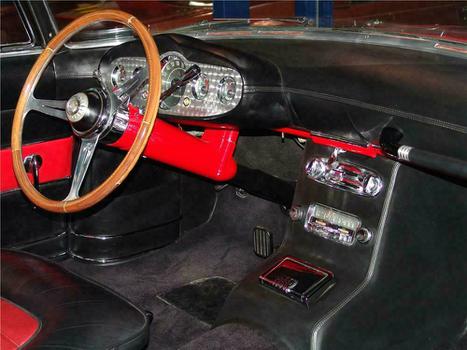 7 Five round instruments are set into a sinuous nacelle of engine-turned aluminum. The only American touch is the RNDL shift indicator perched atop the steering column. 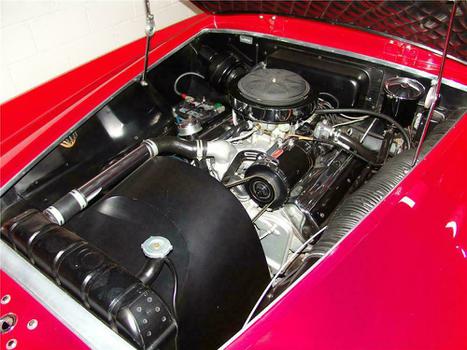 8 Open that long hood, and you see a HEMI V8, complete with distinctive chrome valve covers, set well back in the chassis. 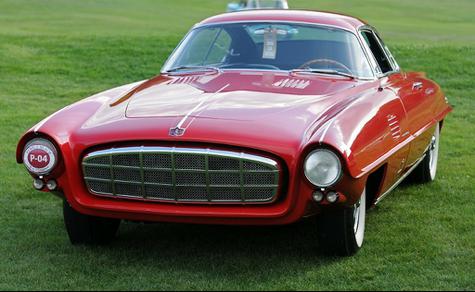 9 After its launch the car was shown at all the major car shows, finishing up at the Moroccan Auto Salon where it was acquired by King Mohammed V of Morocco in 1955. 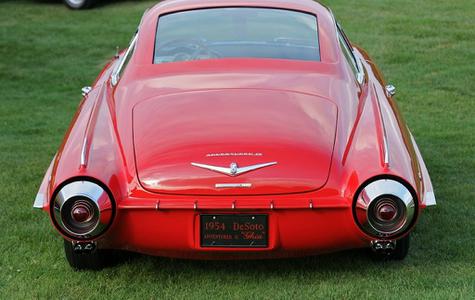 10 Large round taillights and exhausts coming through the rear bodywork are motifs that showed up on T-Birds and Corvettes later on. 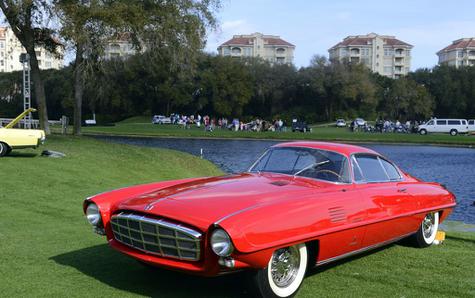 11 Extremely long for a 2-seater it is elegant and refined yet boldly spectacular. 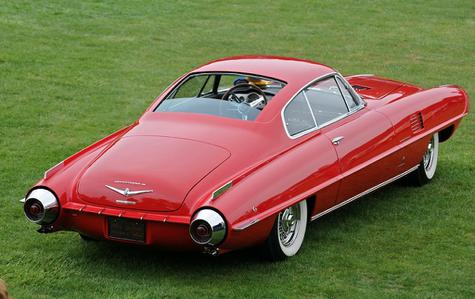 12 The car features a retractable rear window made from Plexiglass and custom fitted luggage, a Ghia trademark. 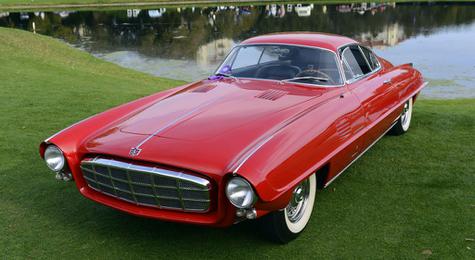 13 Voted among the Top Ten Concept Cars ever constructed, it has been an influential inspiration for over half a century. 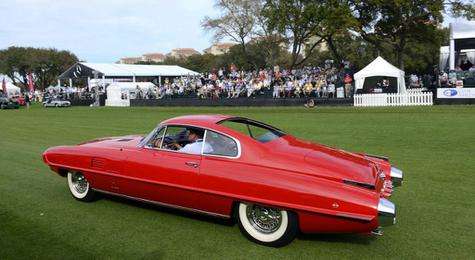 14 A feature that has never been replicated was the sliding-into-the-trunk rear window, opening the roof behind the seats, giving a draft-free open area. 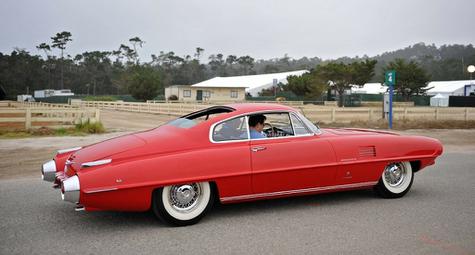 15 The 1954 DeSoto Adventurer II is one of the great automobile designs of all time. A joint venture between Ghia and Chrysler powered by the famous HEMI. 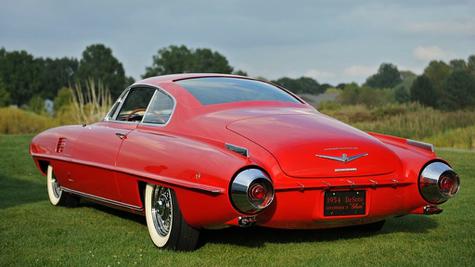 16 Unlike Ford or GM, Chrysler had a small styling staff. Exner figured that Chrysler could save a lot of money by having Ghia build concepts. 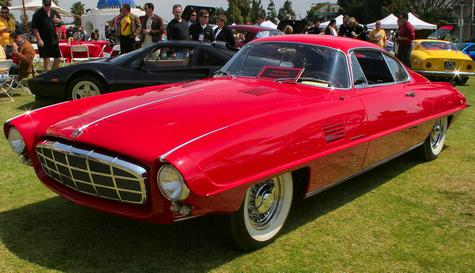 17 Chrysler and Ghia built a series of concept cars that attracted a huge amount of attention and changed the whole direction of American auto design. 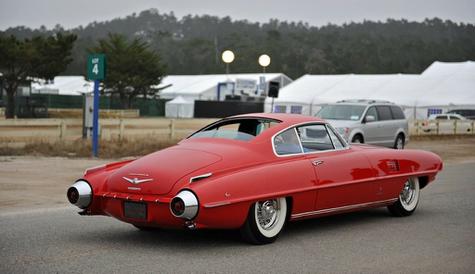 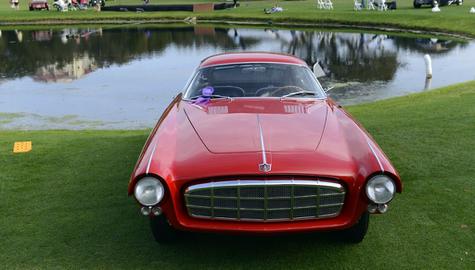 19 A DeSoto badge on the hood, a massive grille seemingly floats in place and projecting headlights. 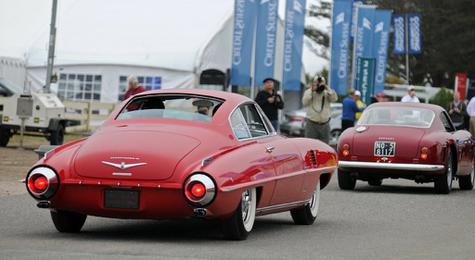 20 No chrome bumpers front or rear, a daring departure in 1954. Instead, it had body-colored bumpers, a future widely used innovation. 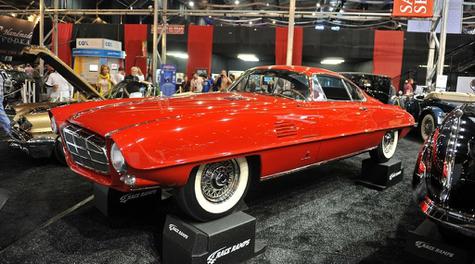 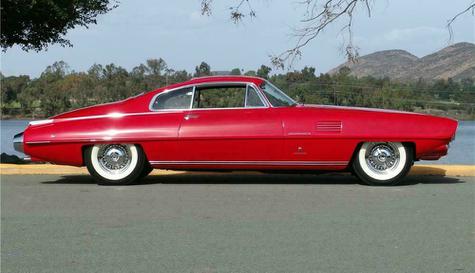 22 The Hemi Exner engine is set well back on the chassis, giving the Adventurer II a classic long hood and short deck proportion.

73 car nuts gave this a thumbs-up. Do you? Thumbs-up

The 1954 DeSoto Adventurer II Ghia was commissioned by Chrysler and designed by Ghia for the European car show circuit. It was more Ghia of Italy than Exner of Detroit.

The engine was a Hemi 331ci FirePower V8 180hp 2bbl carb. The car features a retractable rear window made from Plexiglass and custom fitted luggage.

The interior is classic Italian: twin bucket seats upholstered in roll and pleated leather, a two-seat grand tourer rather than a sports car. Voted among the Top Ten Concept Cars ever constructed, it has been an influential inspiration for over half a century.

Did you ever wish your name is:

Imagine how many cars you would own?

A mind is a terrible thing to waste, as the old commercial used to say.

Or is it: A mind is a terrible thing?

Have a blessed day, Rob

I would say Mr Private Collector has more cars than Jay Leno! He buys up everything he can get his hands on.

I'm noticing many of the Ghia cars looking the same in styling outside and in. He likes adding custom luggage, he probably owns a luggage company as well.

Remember the VW Karmann Ghia? Looks the same as his concept cars. Cheers!