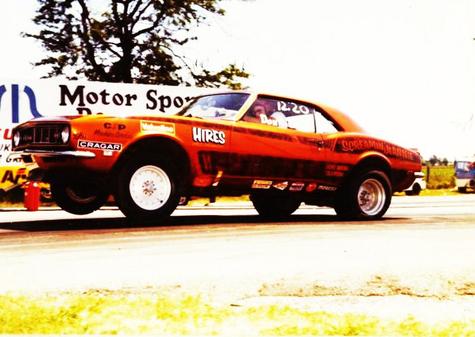 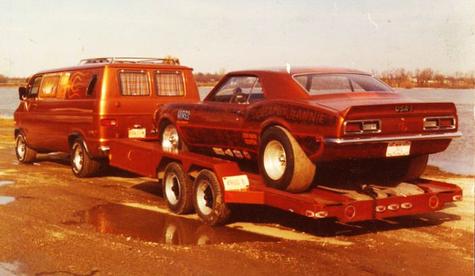 Don's starting rig with a heavy trailer that I changed to a newer one after a short time. Most of the time we would haul mine behind Bob's truck so one of could sleep and trade off! 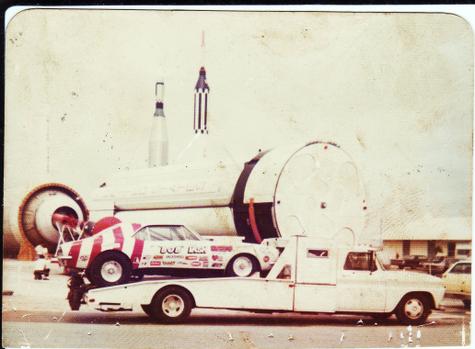 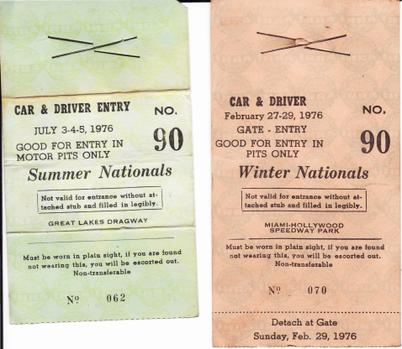 SOUVENIRS --- I would also like to thank Ed Pink with C & P Machine in Ft Wayne for there help! I think our picture is still on the shop wall!

This is great to see. My dad used to help Harold work on this car when I was little. I remember he lived on St road 14 North of my grandmas house.

We are now the proud owners of Screamin Jeannie. She is now in a relationship with Rompin Ronnie a 67 street car. We have run her at Martin, Osceola, Norwalk, Stanton, Indy, and Bunker Hill.

Would love to see the car again. Does anyone know where it is now? Does it still have the same paint job?