Show us your in liners. 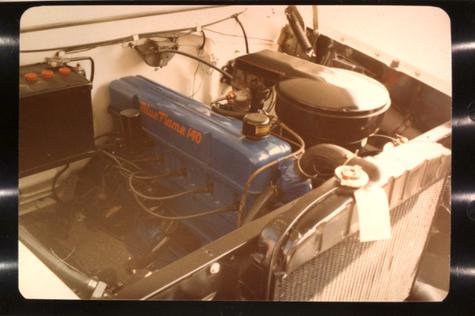 Show us your six in line engines. I always thought these engines had a ton of personality and charm to spare. I have had many over the years and have fond memories of everyone of them. Here are a few of my in liners and a few of other in liners I have know of over the years. Some of the engines here include 1956 Chev 235, 1957 GM 261, 1957 GMC 302, 60'S Chev 250, 1952 Hudson Twin H and the ones added by the A.T. brotherhood. GM, Ford, Mopar, AMC, Nash, Hudson, Studebaker, Packard, Willy's and the many other countless company's that made these wonderful work horses possible that put the planet on wheels and made it possible for bent eights later. Cheers. 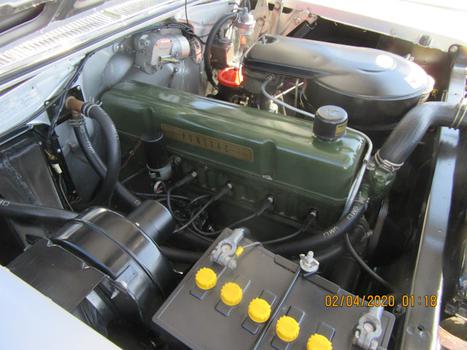 1957 261 GM six. These 261's were put in Canadian issue Pontiac's from 1955 to 1962. These were actually Chevrolet truck motors but were modified in some ways for our Canadian issue Pontiac's. Our 261's never had full flow oil filters like the U.S. jobs as of 1957. All our 261's had hydraulic valve lifter set ups, unlike U.S. truck motors that were all solid lifter. All our 261's were built by McKinnon Industries here in Ontario, Canada. 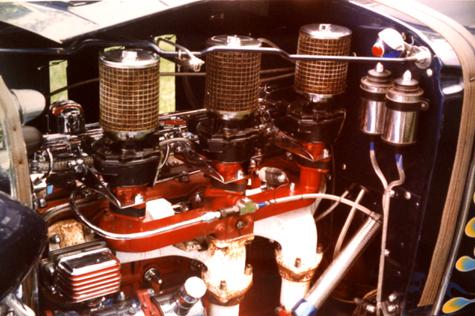 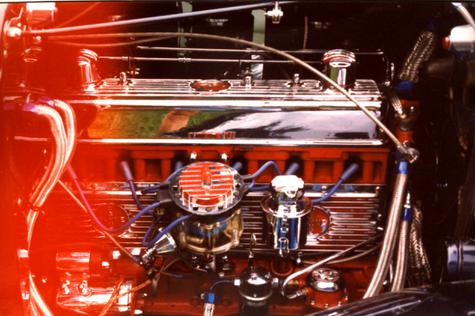 The owner of this amazing 32 Chev hot rod (Ian Reid) did ALL of the work on the car and he has always been a staunch GM in line six kind of guy. Just a sweet mechanical masterpiece. 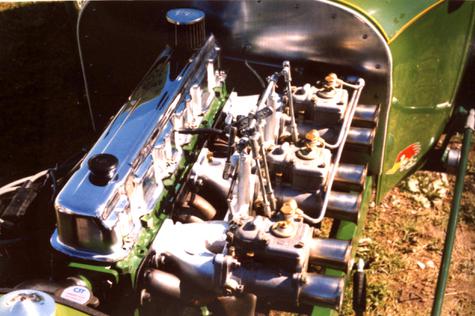 250 Chevrolet six with some serious performance hardware. This tried and true Chev six is in a T bucket hot rod. All motor and so little weight on this rig would make it a super flyer. 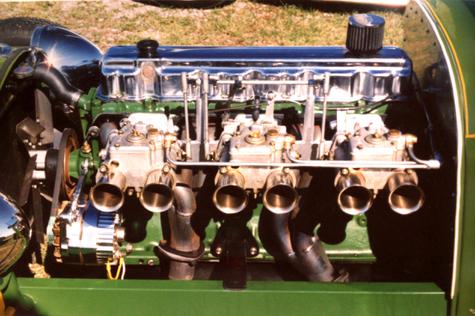 No doubt this rig would run circles around many V-8's. 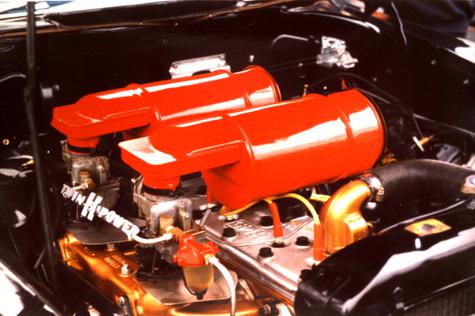 Hudson's famous 308 Twin H six. This motor did very well in NASCAR racing from 1951 to 1953. Was the most powerful six for many years and even beat the pants off many V-8's. 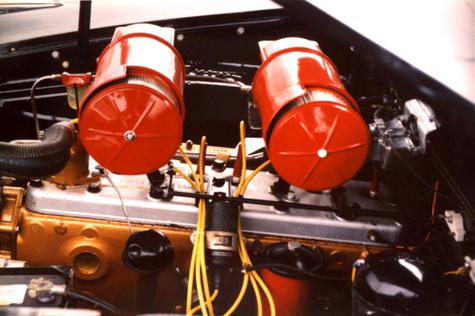 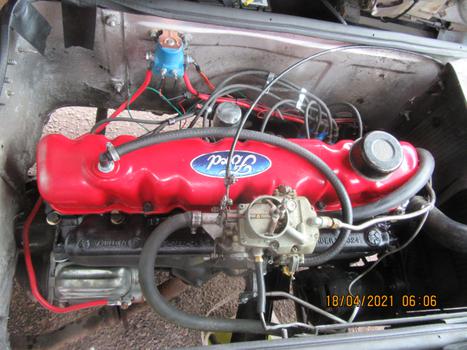 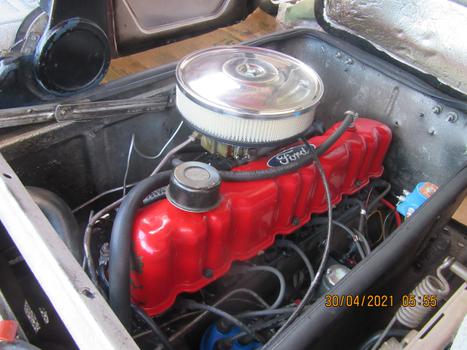 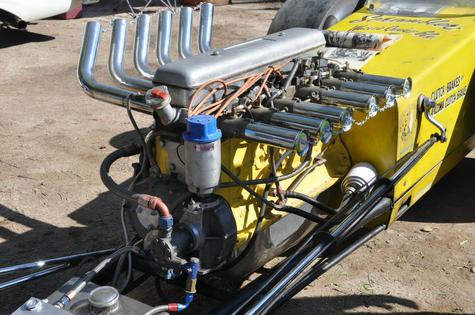 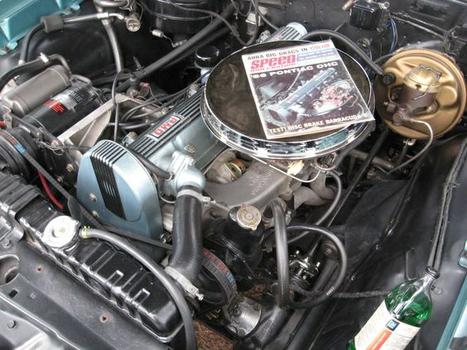 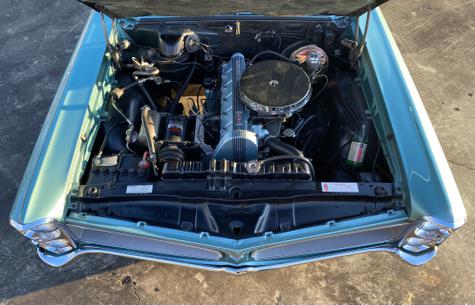 Nice sunny day, figured a new show was in order ;-) 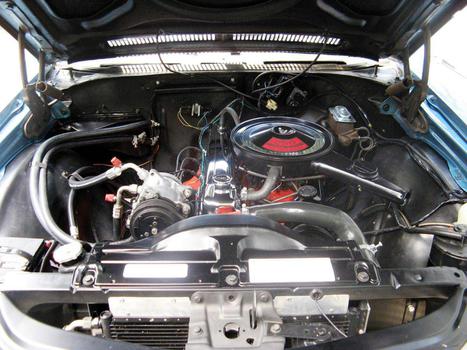 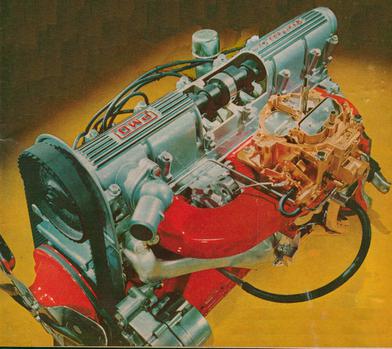 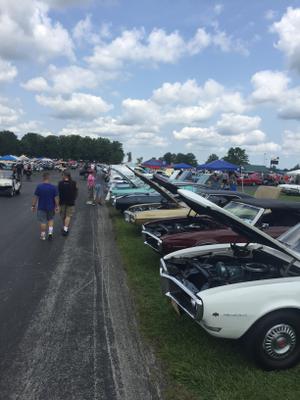 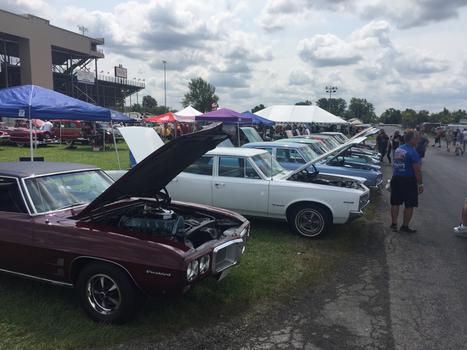 We had 8 Cammers on site!

Nice posting George. In liners deserve a lot of credit for their contributions to the development of the automobile car engines. My Dad's 63 Impala wagon had the chevy straight 6 235 and it was peppy as well as economical on gas. Cheers! Mario

I have some great pics of my Pontiac OHC 6 in my 1966 Tempest but I can't seem to post a pic of it. Love to help comply with your request George of adding to your thread but it seems all I can do is add text.

Maybe I am missing something.

Hey Rob you can post pictures of your 66 Pontiac Tempest 6 ccl now. Brandon made it happen. Regards, Mario

Let me see if I can figure out a way to do this. Cool idea, thanks!

I'm working on making it possible for anyone to add photos to certain pages, like this one. I had partial success with the GMC 302 drag engine, but that created another problem. Will try something else tomorrow.

Brandon, all your efforts are very much appreciated. Cheers to you sir.

I think other people can add photos to this page now. See just below the last pic for [Add photo]. I'll test it later.

Brandon, thank you for your effort. Cheers

The 71 Chevelle was a station wagon and Dad was given this car by a grateful neighbor who was moving out of state and did not need it. Dad was always there for family, the neighbors and friends with a helping hand. Later on Dad gave me this car when I needed another car and he bought a new one. A few years later I gave the car to my brother-in-law when he needed a car. This car has gone through the whole family. It was finally sold to someone else and unfortunately we lost track of it.

Does that make it a leaner liner? :-)

Where are all those wonderful in line engines out there. GM, Ford, Mopar, AMC, Hudson, Nash, Studebaker, Packard and all the other countless makes that sported a straight six for motivation. Cheers.

Another call out to fellow in line engine lovers. Cheers.