1 Originally conceived around 1949, the 1953 Ford X-100 was created partly as a response to the fabulous show cars then in the works at rival General Motors.

2 Loaded with more than 50 futuristic gimmicks and gadgets, the 1953 Ford X-100 was the Ford Motor Company’s first full-fledged dream car. 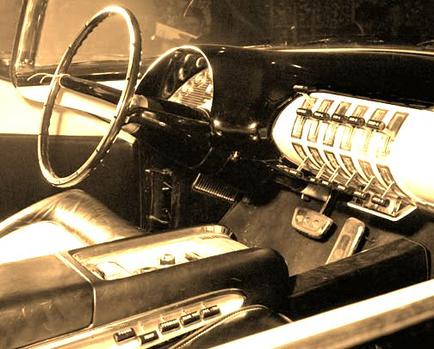 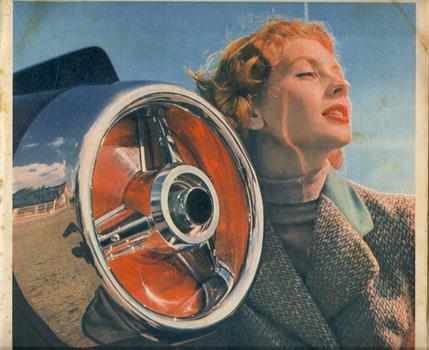 4 It’s an easy guess that the bold jet-exhaust tail lamps were the probable inspiration for the production 1961-63 Thunderbird. 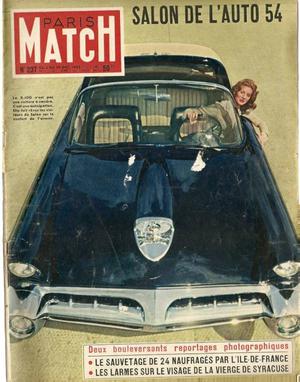 5 As part of its European show tour in 1953, the X-100 appeared in a cover feature for the French magazine "Paris Match" for Ford’s celebration of the company’s 50th anniversary. 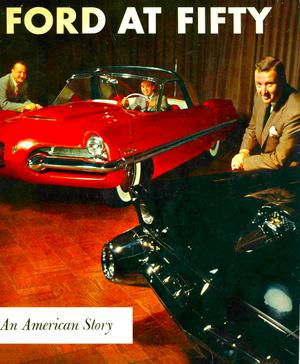 6 The 1953 Ford X-100 on the cover of Ford's 50th anniversary book. The cover highlighted brothers Benson, William and Henry Ford II with the Mercury XL-500 show car and the Ford X-100. 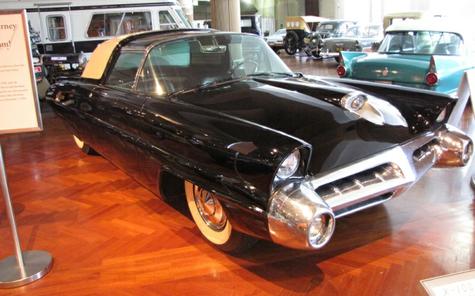 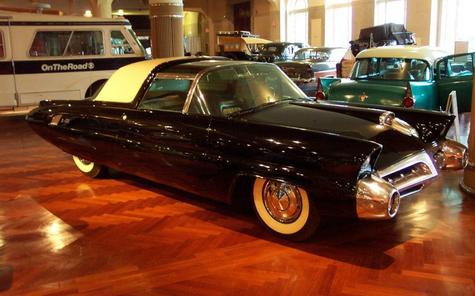 8 The term “Concept Car” did not yet exist, so Ford adopted the phrase “Laboratory on Wheels” to convey the X-100’s dream design mission. 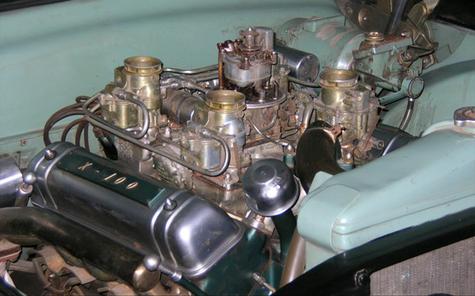 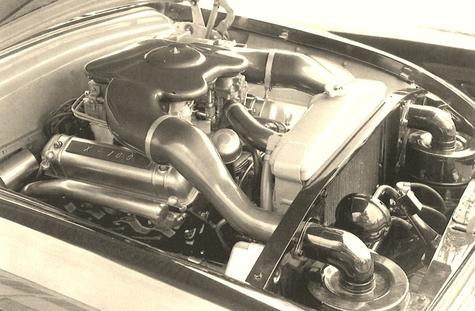 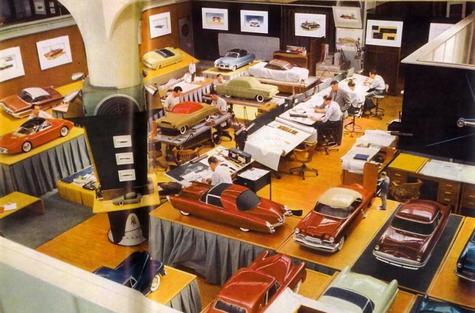 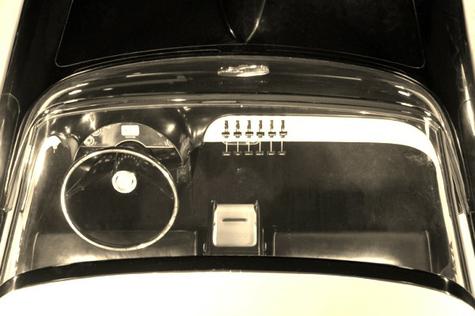 12 The Ford X-100 Interior. The popular 1956 Lincoln Premiere models would also use the same design theme, which proved to be extremely popular among the driving public. 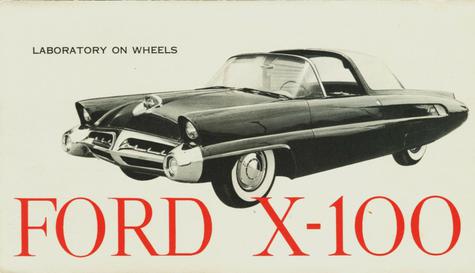 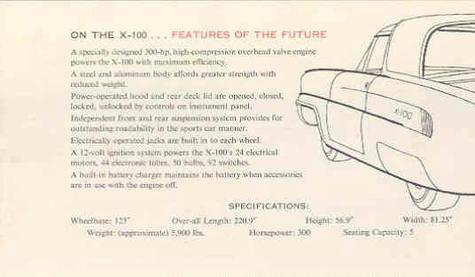 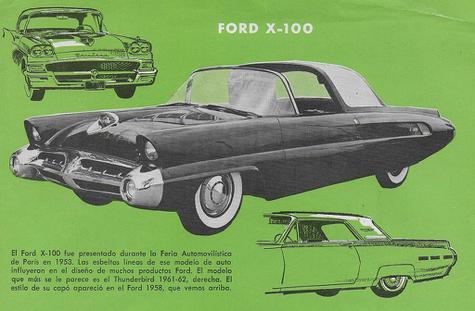 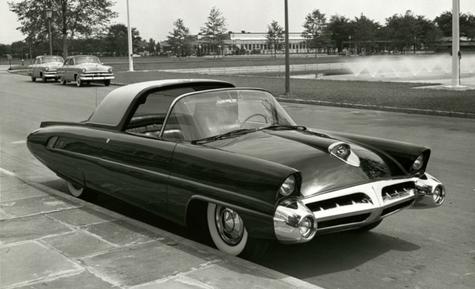 17 In the photo sequence above, a Ford representative demonstrates from left to right the built-in Dictaphone, electric shaver, and telephone built into the center console. 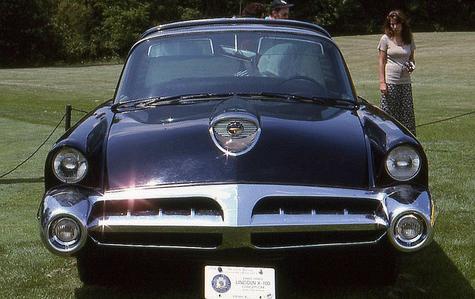 19 The model was first called the Lincoln Continental 1950X at its introduction and was exceedingly popular with its torpedo styling. It also received a lot of great press. 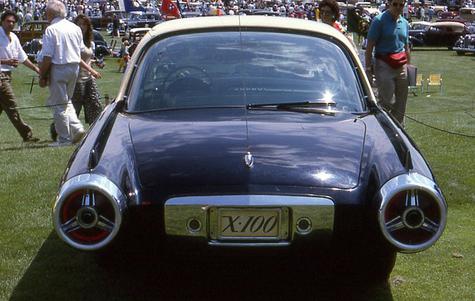 20 Joe Oros believed those taillamps could become a design hallmark for Ford and that the best way to keep other companies (like GM) from using it was to debut it on a concept car first. 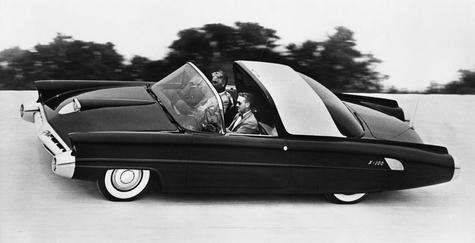 21 The Ford X-100 design included a retractable clear roof section. This was Ford’s first official concept car to wow show attendees in the same way as the cars present at the GM Motorama. 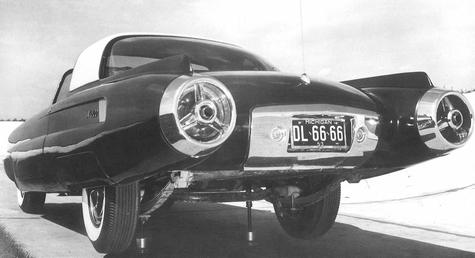 22 The Ford X-100 featured a long list of imaginative accessories, more than 50 in all, including a built-in hydraulic jacking system. 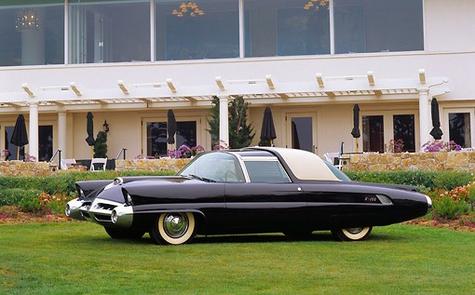 23 It wowed the crowds at various auto shows; and it boasted whiz-bang technology that seemed to come from the far-flung future. 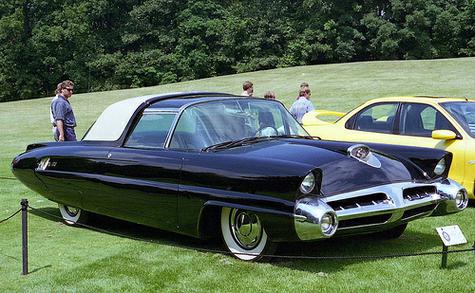 24 The futuristic design of the Ford X-100 also included hooded headlamps over a protruding front bumper.

25 A power retractable top section—which would close automatically when it began to rain thanks to a water sensor mounted on the roof.

26 A 12-volt electrical system with circuit breakers to handle the load of all the features. Thermostatically controlled fans to cool the front brakes. 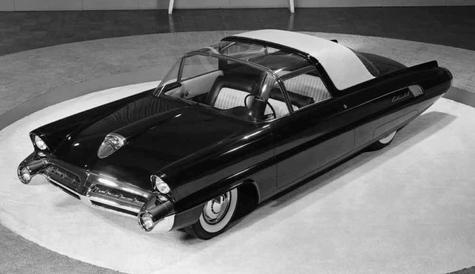 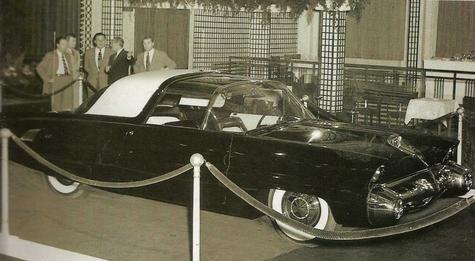 28 Ford had to have the tires specially made and many extra gussets placed in the frame to handle the car's 6,300 pounds. 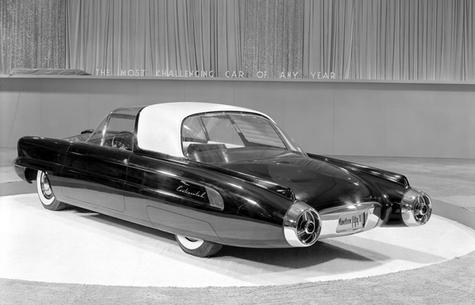 29 Ford took the X-100 off the show circuit and in 1957 Ford officially retired it then in 1958 gave it to The Henry Ford Museum where it has remained ever since. 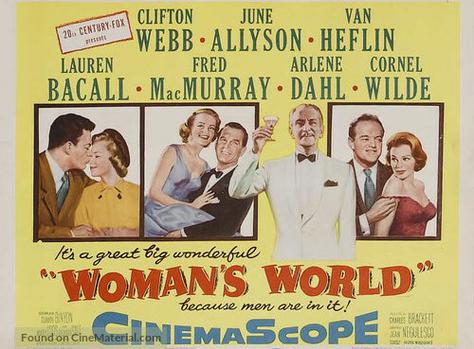 30 The Ford X-100 co-starred with Lauren Bacall and Fred MacMurray in the 1954 movie "Woman’s World". I added the full-length movie to the video section if you wish to see it.

The 1953 Ford X-100 was the Ford Motor Company’s first full-fledged dream car to rival GM’s Motorama. It was loaded with more than 50 futuristic gimmicks and gadgets and dubbed the “Laboratory on Wheels”.

A production 1952 Lincoln chassis with 123-inch wheelbase formed the basis of the Ford X-100. It also had a 1952 Lincoln Y-block 317.5 ci overhead-valve V-8 with five carburetors on a Multi-plex throat intake manifold boosted to 300 hp.

The Ford X-100 has a modern 12-volt system with circuit breakers, a retractable clear roof section with rain sensors on the roof, a built-in hydraulic jacking system, a center console with a telephone and Dictaphone and Firestone radial-ply tires, reportedly making it the first Ford vehicle to use radials.

The Ford X-100 even co-starred with Lauren Bacall and Fred MacMurray in the 1954 movie "Woman’s World" and resides today at the Henry Ford Museum in Michigan. Enjoy! Mario.

Probably George will say: "Only a mother could love this car".

And Rob will give us a detailed explanation on what he likes and doesn't like.

But the fact remains that this was Fords First entry into the "Concept Cars" and if you look closely you will see MANY ideas in Ford future cars.

As a side note I posted the complete movie from 1954 and it's not bad. There are a lot of scenes showing life back in 1954 in color. Baby Boomers will especially get a kick out of it. Cheers! Mario.

Yes Dave, they are probably half the total weight of the car!

Lots of future Ford product design in this first of their concept cars. Cheers!

I can see George Jetson cruising this around....

Like Dave said, you'd better like polshing chrome owning this ride. I can see some Ford and some Mercury and there's a touch of Lincoln in the car as it's name implied when first introduced??

Can you imagine installing some spark plugs just inside those awesome tail lights and then flipping the switch and watching flames come out.

This was Ford's first entry into concept cars. They did well in this offering.

Watch the movie too Rob, you'll like it. The scenery is great 50's and the movie is about cars being designed and manufactured.

I added the full-length movie to the video section if you wish to see it. Baby Boomers will like it.

Well I'm a big fan of Film Noir, but not a fan of Lauren Bacall. Sorry, just feel her acting talents fall short of her acclaimed talents. Whoever decided she should sing in her moves with Humprhey Bogart must have hated good music.

Fred MacMurray, I'm cool with. Clifton Webb did a great job in the movie "Laura".

The rest of the cast is good.

I'll try to find a free copy on one of the streaming services.

I'm not her fan either and she isn't in that much. The movie centers around the designing of future cars and building them. Other concept cars are shown as well, you may recognize them. But to each their own.

what was I thinking? Of course it's about designing cars and building them.

Why in the world would I ever think the movie, is about women?

Now I will gladly review it for you.

I think the title was a cover so the men could go see the movie with their girlfriend/wife to see a "Car" movie!

Hmmmmmmm, well I'm trying real hard to stay with this movie but I need more cars, and less women... too much estrogen generated, and not enough horsepower. :-)

I liked the design room with draftsmen and all the large Dream cars models.

I also liked how they folded in the real concept cars into the movie.

This was a whole new industry back in the early fifties and they were looking for direction from the public.

But I'm glad you watched the movie Rob. Cheers.

I smell a sample here of the Futura concept car. This car is ok but I think Ford did a better job with the Futura. Cheers.

Yes George the Lincoln Futura (Batmobile) and the Ford Mystere both came out in 1955 as Concept cars. They are similar in style and design to this one the original Ford Concept Car from 1953 the X-100.

As you can see, styling was much influenced by rocket ships in the early fifties, as well as many "gadgets". Cheers.

Giff....FORD. I had a good chuckle with this play on words. I wonder how much money Ford spent putting this movie together. Just the cast alone must have been a bundle. I have no doubt Ford got their moneys worth. I found most of the movie laughable but it is to be expected considering it came out in the early 1950's. Cheers.

Rob, I agree with your comment on Lauren's terrible acting. Usually I like Fred but in this he is embarrassing. Van is about the only one that tried in this movie. The only savings grace this film has is the Ford design studio scenes. Cheers.