My Dream becomes a reality 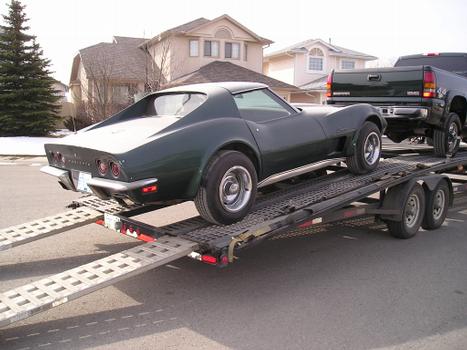 Finally the car arrives, my dream is becoming a reality Car was ordered new with 350 L82, M21 4 speed, 3.70 Posi and AM-FM mono radio. Car was in original condition with build sheet and repair documents back to mid 80s and had been in storage for about 15 years 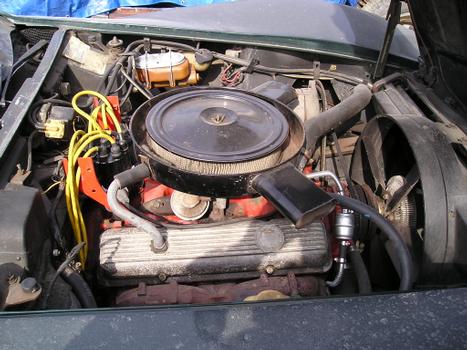 350 L82, was rebuilt about 13,000 miles ago but will be freshened up in the restoration. L82 included forged crank, rods heads had 2.02/1.60 valves, pushrod guide plates and screw in rocker studs. It was basically a 72 LT1 motor with hydraulic lifters 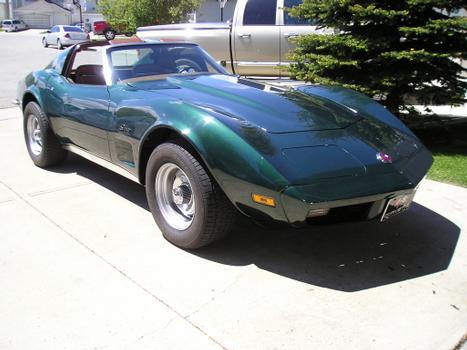 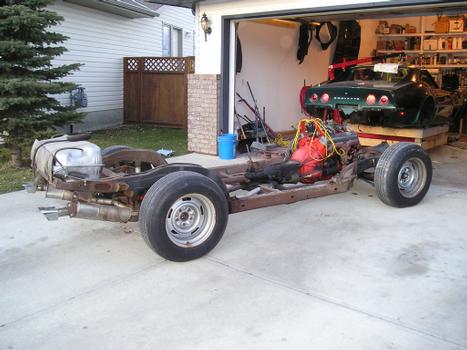 The car I found required a body off restoration to replace rusty frame, brake lines and 35 year old suspension bushings 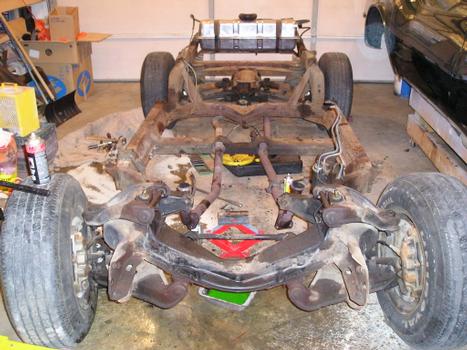 Plenty of rust issues to deal with as disassembly continues 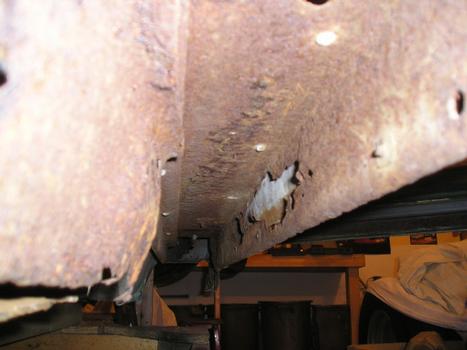 Corvettes may look all nice and shiny on top but there is actually a lot of metal reinforcements and a metal "Birdcage" Here you can see the rocker channel is rusted out and requires replacement. Luckily the Corvette vendors carry all the parts you need to restore a Corvette 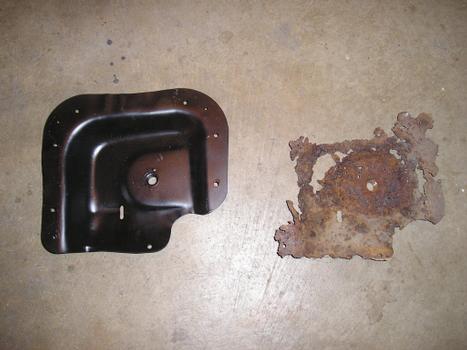 This is the seatbelt reinforcement, Car probably sat parked over grass for long periods as all topside metal such as windshield frame was ok 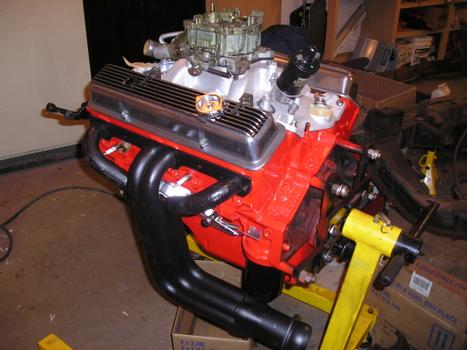 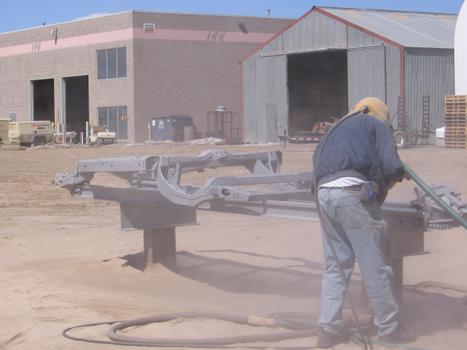 I found a replacement frame from a 73 Corvette parts car. I went to a local do it yourself sandblasting facility in the city and sandblasted my frame, wheels,bumper brackets,driveshafts and lots of other metal parts. The facility has a 200hp compressor with large sand hoppers and air supplied helmut. This sure beats trying to do it at home with the small 5hp compressor and no mess to clean up! 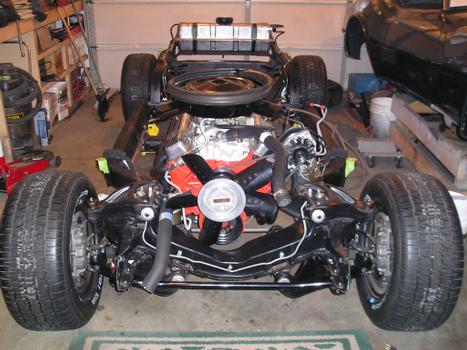 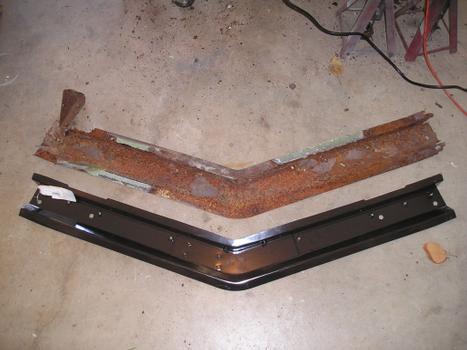 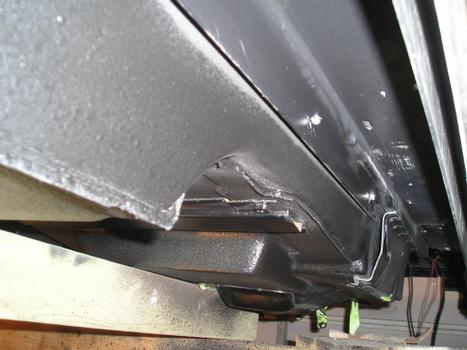 Before dropping the body on the chassis I needed to replace the rocker channels, various reinforcement brackets then clean and paint the engine compartment, floor pans etc 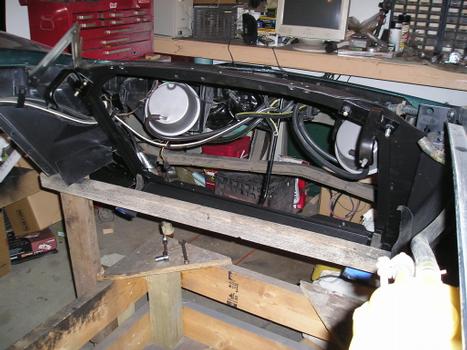 All the headlight buckets were rebuilt with new seals, new rad support and the wiring harnesses cleaned up 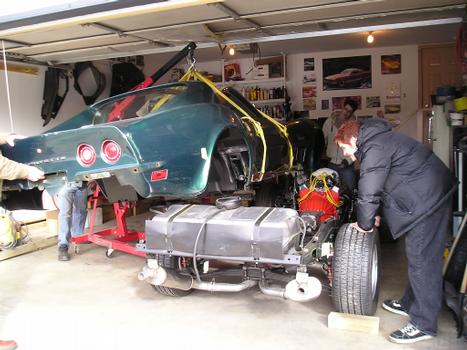 Finally, body drop day has arrived!. Its good to have a few helpers on hand to help guide things back in place 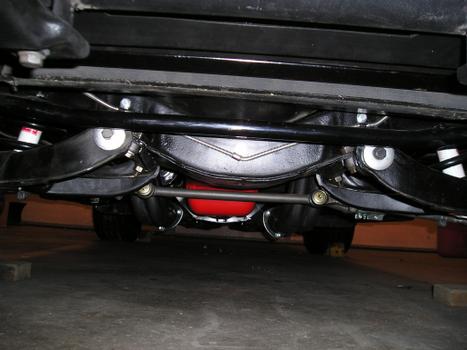 Sure looks a lot nicer than it use to. It will be a pleasure maintaining this now 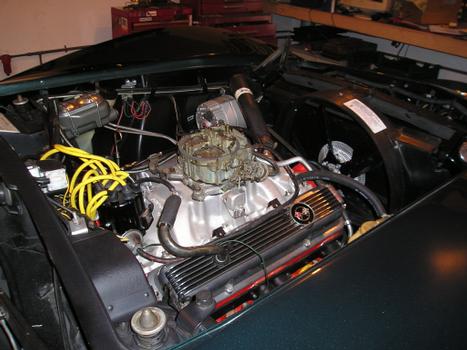 Looks a lot nicer than the second picture. After hooking up dozens of brackets, fuel/brake lines,linkages etc its almost ready to fire for the first time. 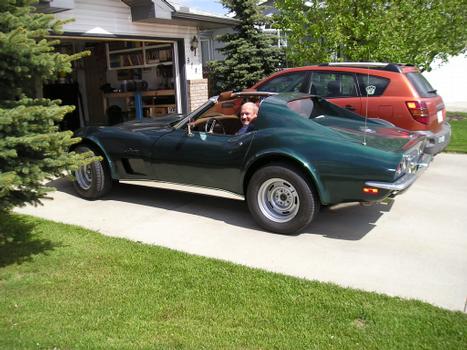 First day on the road!! This was the first time I had driven the car except for the 4 test miles I put on when first purchased. With the 3.70 rear end it has a healthy appetite for fuel! 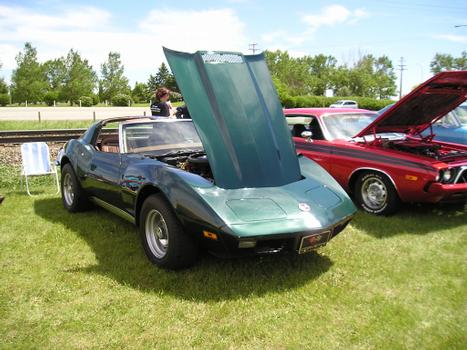 I attended numerous local car shows during the summer and met lots of great people. I still need to paint the car and replace the interior but at least now I can enjoy driving it while I finish it. 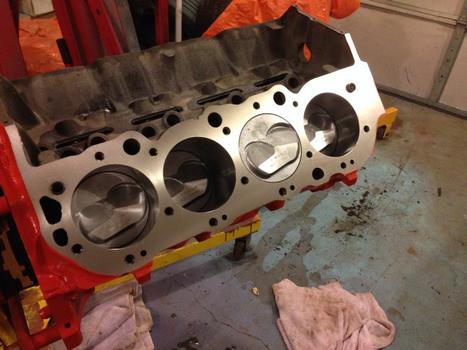 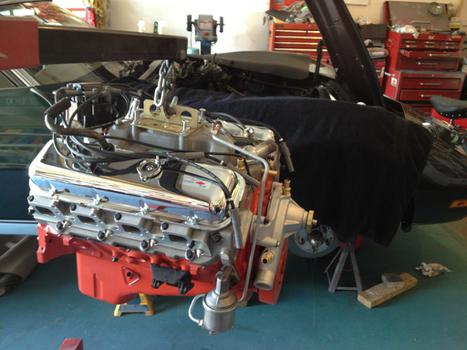 swap day, 454 going in I used most of the 350 components starter, bellhousing, engine mounts, pullies etc. During chassis restoration I had upgraded all the suspension and put in a Dewitts aluminum rad 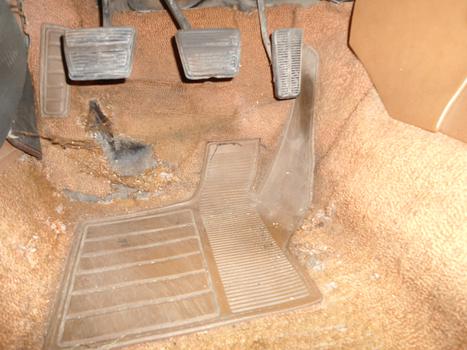 40+ year old interior was worn out, time for a refresh 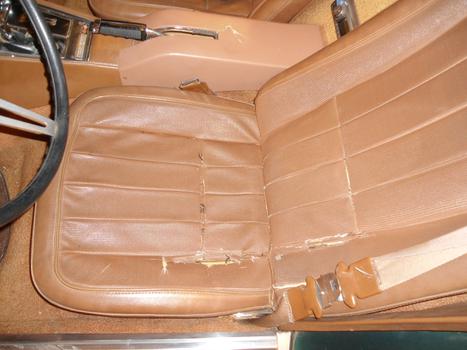 seats were really bad, no foam support, covers torn and seatframe was broken. 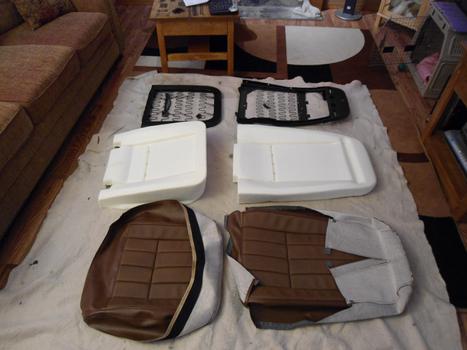 welded and sandblasted seat frames, painted with DP90 epoxy primer New foam and covers made a huge difference in driving the car. before I was almost sitting on the floor 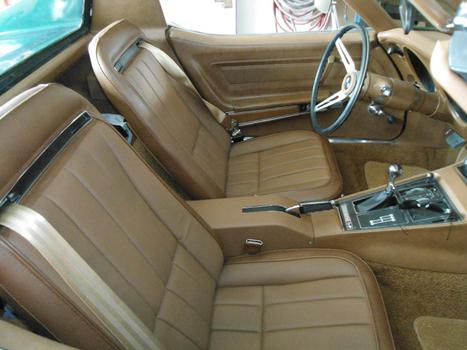 Replaced Carpeting, Dash Pad, Pillar post mouldings, rebuilt seats I have new door panels but will wait till later when i paint the car

Great job. Building a 73 frame off myself. been into it for 9 months. Gonna be a brand new car...new everything. Painting it copper with sidepipes, foose 17" wheels, lemans front end. A kind of mutt..I can appreciate all the work that it takes now. In the past, just purchased without the work.

Very nice job and attention to detail. It's not a mutt, just customized.

how did you rivet the rocker channel back onto the body?

The rocker channel is welded to Vertical brackets that are welded up inside the front and rear pillar posts. There are also some rivets along the door sill coopersgarage.piczo.com

Nice work! I was hooked at ten years old after my first ride. I'm 56 now and ,sorry guys, nothing... nothing beats a classic Corvette. Keep up the good work.

I used to do a lot of resto work. I've owned everything from a Lotus to 2 66 SS Malibu's, 3 67/68 RS,SS 1 1969 Z28, A very mint 1964 SS Impala a very rare high optioned car tilt wheel factory tach power ant, black with a grey/silver seats and door panels, factory fender skirts and the best of it all was the 327 375 hp with the M22 rock crusher, the second nicest car I owned, my first love was a 1969 Chrysler 300 2 dr hardtop with a 440 TNT 375 hp but I'm positive it was at least 100 hp more then it was advertised and torque was just unbelievable, hideaway headlights car was loaded power everything and climate control. I never ever knew how fast it could go cuz after 120 there was still so much more it would do, but I didnt have the balls to push it all the way. I've had Mustangs, Cougers a nice 68 Montego MX with a 351, buckets and console with factory A/C, they have become almost extinct, but I have been damned when it came to Corvettes I almost owned one that had been smashed up. nothing special a white 1980, but it was a Corvette, lol. These days I've been reduced to BMW's a 635CSi and a 1990 325 rag with less the 80k's both beautiful cars fast and handle well but I still haven't gotten my dream car which is a 69/70 Corvette. Oh but I wouldn't rule out a 67 big block with A/C,,but thats just dreaming. I loved working and restoring cars until I was seriously hurt in a workplace accident 9 yrs ago. Today my Hotrod is a 2007 Ford F150 FX4, at least it has that V8 growl, its loaded and comfy. I had a 72 Camaro with an LS6 for a spin, it brought me back to the days, but it wasn't a Corvette,lol. ,Congrats on your restoration, and its not a mutt its a Resto-Mod. I'm jealous, and too feeble to do that kind of project. All The Best!!!!moe

Great job on bringing your 73 back to life. Looks awesome.. I know you get a Big Smile when you drive it and get a Thumbs up from people.. There is a web site dedicated specially for Our 73's its called the 73 Spot lots of great info there.

Thanks Dan! My car was featured on his site under restoration projects he once had but the free web site i was using went down some time ago, just never had the time to create another. The 73 Spot is an excellent site with lots of great tech articles. I enjoy reading the original road tests from the day.

From one Corvette lover to another...very nice work! My first ride in a C2 Corvette at age 13 cemented my love affair with the car. I promised I would get one one day. Thank the Lord one came my way at the right time for the right money. Thumbs up!!

Very nice restomod and thanks for the great detail and accompanying pictures on your page. Outstanding!

I now have to replace the rocker channels on my 1973 Corvette. Would you be able to share a few details on how to remove the old ones? Great job and thanks for the details!, Sascha

Nice job. I did a frame off on a 1968 chevy C-10. It collected it's first Junior at AACA and when on to become a Senior Grand National winner. NOBODY knows the effort until they do it themselves! ( or knows the price!!!)

She is a beauty and some fine work there. I never owned a Vette but I had a brother in law that had a 74 Vette with 350 and four gear that he let me take for a boot. Man that car was fun to drive. Cheers.